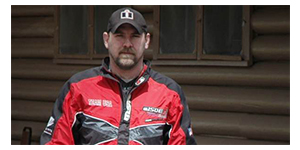 Former director of federal affairs in the MIC, SVIA and ROHVA Government Relations Office, Duane Taylor is now executive director of the National Off-Highway Vehicle Conservation Council (NOHVCC). “We are excited that Duane’s leadership at NOHVCC will help our joint goal of furthering a positive future for responsible OHV recreation,” says his former boss, MIC President Tim Buche. “Duane will maintain an office in our Government Relations Office… this shows our continued commitment to NOHVCC and its mission to ‘create a positive future for OHV recreation,’ which MIC, SVIA and ROHVA have long supported through major grant funding.” Buche believes each organization will benefit from the shared resources and expertise. 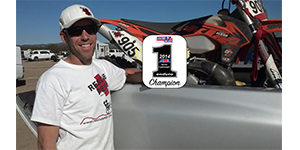 Steven Adams left Kendon Industries at the end of May. “I had an opportunity to return to the IT/cyber security world as a contractor,” explains the stand-up trailer company’s former brand manager. “Not nearly as exciting as the powersports industry, but it pays a whole lot better and I can work full-time from home. The commute from Moreno Valley to Placentia was going to kill me – literally. Splitting lanes with all the cell phone users is a recipe for disaster. I was going to end up a hood ornament on a Peterbilt at some point. Plus, I realized that I like riding motorcycles a whole lot more than working with them.” Dealers may remember Adams from his days as the MSR brand manager for Tucker Rocky Distributing circa 1999-2003. 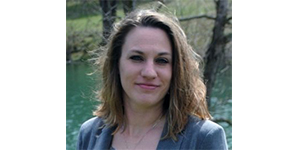 Citing some unfinished business, Chrissy Gilmore comes back to Thermo-Tec as CEO. The daughter of founders Jim and Donna White, Gilmore returns to the hot seat at the thermal/sound management product company where she started, just in time for Thermo-Tec’s 30th anniversary. “I have watched my parents build this business and this industry,” Gilmore said. She will immediately begin working with her brother Jeremy White to bring a new approach to marketing and advertising, as well as expanding the Thermo-Tec product line. “We are extremely excited to have Chrissy back on board with Thermo-Tec,” added sales manager Nick Helms. “Her knowledge of the industry and passion for success will prove to be a great addition to the team. She has already proven to be an excellent leader and a well-driven CEO.” 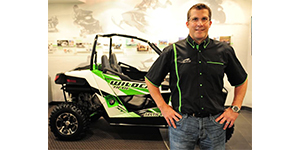 Craig Kennedy is now VP, snow and international business for Arctic Cat, according to an announcement from Kevin Holleran, president and CEO of Textron Specialized Vehicles. Kennedy will oversee all aspects of snowmobile engineering, marketing and sales, including Arctic Cat brand management and marketing strategy, dealer development, product planning and new product development. Kennedy will also will lead the international sales team for snowmobiles, side-by-sides, ATVs and personal-transportation vehicles. Kennedy is based in Thief River Falls, MN, and reports to Holleran. During his 18-year tenure at Arctic Cat, Kennedy has been a design engineer for the Tigershark personal watercraft line; a design supervisor for ATVs; product manager for ATVs and side-by-sides; and international business manager. Most recently he was the director of product development for the side-by-side, ATV and PG&A product lines. In his new role, Kennedy replaces Erik Nelson, who is looking to pursue new career adventures. 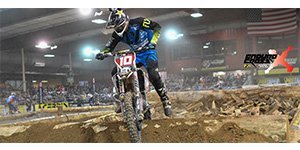 SHORT SHIFTS:
• Back in the saddle at Bonnier: Publishing pro Matthew Miles moves to a new position as director, content services at Bonnier Corporation. The long-time Cycle World managing editor had most recently had been the content director for MotoAmerica.com.

• Former MAG/Motorcycle Superstore exec Scott Huddleston is now general manager and VP for e-tailer MotoSport.com. “Long before I joined MotoSport, I was a motorcycle rider and enthusiast with a deep love of this brand and this sport,” says Huddleston. “The next chapter in the MotoSport story will honor our roots, but also grow our brand to reach even more consumers with our selection, value and customer service.”

• In something of a shocker, former Tucker Rocky exec Brian Berney is now president and CEO at Dynavolt Technologies Inc. USA. “It’s a big challenge, starting a whole new division of a company, but I’m looking forward to it,” says Berney. He isn’t kidding when he says it is a big job: Dynavolt produces more than 15 million batteries per year for the powersports industry, including aftermarket and OEM applications. Previously vice president – global supply chain group at Tucker Rocky Distributing circa 2006-2016, Berney was also GM of piston manufacturer Wiseco from 2000-2006. • Turning the page: Former Sand Sports Magazine editor Michael Sommer is now project manager, sales and marketing for SP Tools/Schely Products Inc. During his 15 years as editor and the past six years as editorial director for Wright Publishing, Sommers was the voice of the sand dune set and instrumental in creating the Sand Sports Super Show.

• Turning the page: Former Sand Sports Magazine editor Michael Sommer is now project manager, sales and marketing for SP Tools/Schely Products Inc. During his 15 years as editor and the past six years as editorial director for Wright Publishing, Sommers was the voice of the sand dune set and instrumental in creating the Sand Sports Super Show.

• Sand Sports digital content expert Jack Wright also moved on. “I have left Wright Publishing/UTV Sports magazine after 3+ great years to return to my core business nMedia3.com which I started more than 20 years ago,” said Wright. “I want to thank everyone at Wright Publishing for their support over the last 3 years. It was a pleasure to work on launching UTV Sports and Hot VWs digital magazines with Mike Sommer and Bruce Simurda. It’s an exciting time for digital publishing.” He can now be found at: http://nmedia3.com.

Shifting Gears (June): Printing All The News That Fits