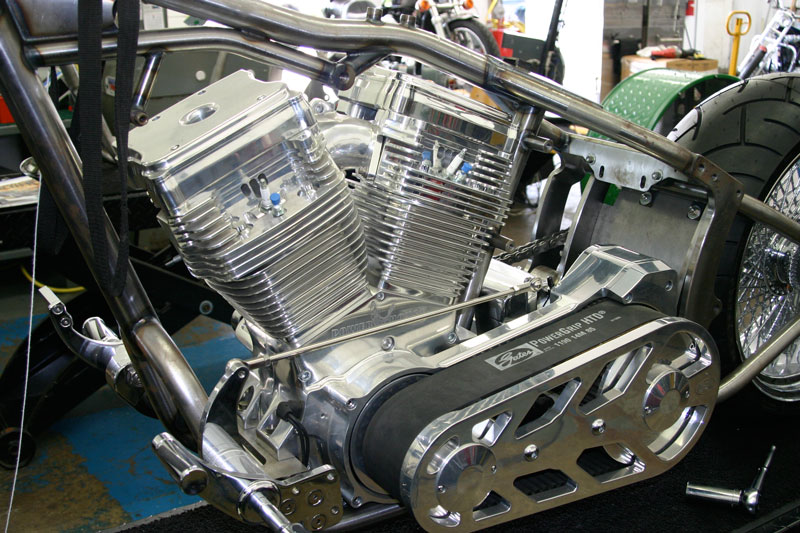 Since this magazine goes out to an entire industry rather than a single segment, covering it all can be a challenge at times. The V-Twin market is clearly one of the largest, most influential segments in the entire powersports industry – unit sales represent more than half of the entire motorcycle market. While it is well documented that the number sold in the past few years isn’t what it used to be pre-recession days, there’s still a lot at stake for the aftermarket as well as the OEMs.

One of the questions we get asked a lot, believe it or not, is what is a V-Twin? This question really seems to be more about the market segment than just the engine that powers the bikes. But since we are talking engines, let’s start wth the basics of a V-Twin. Traditionally, a V-Twin engine is an air-cooled powerplant with two cylinders on a transverse crank set about 60 degrees apart and mounted horizontally, however, this is up to much interpretation.
Now, as long as the engine contains a configuration that is between 0-180 degrees, it could technically be considered a V-Twin. Ducati calls its 90-degree engines L-twins, but it’s the same thing. The XDiavel is going after the same segment as the V-Rod and most likely whatever new bike Victory has up its sleeve (see Victory’s concept bikes on page 48). But for the sake of this argument, let’s go with what is currently the American V-Twin found in Harley-Davidson, Indian and Victory motorcycles. Of course, there are others, like the S&S equivalent of a crate motor, so don’t get the hate mail fired up yet.

The American V-Twin represents much more than the sum of its parts and is similar to the small block Chevy that has been a staple of the hot rod industry for decades. The small block Chevy has morphed into basically a V8 market, including Hemis, Ford Mod motors and Chevy’s new small block – the LSX. Why am I talking about cars? Because the same has happened in the V-Twin market… sort of.

What makes the V-Twin such a powerhouse and at the same time unique, is that the engines are the focal point of not only the motorcycle, but the entire industry niche. Having spent several years working on an engine magazine, this is something I can totally relate to. From Harley’s Panhead to the Evo motors and now with Victory and Indian getting a fair share of attention from the aftermarket, there is so much innovation and customization for the basic American V-Twin engine that it boggles the mind… and fills an entire show hall. See page 24 for more on this year’s V-Twin Expo.

And don’t be fooled by any OEM claims about superiority. What determines the real winners and losers is the aftermarket. Harley has enjoyed a long run of success at the top of the aftermarket ladder forever, but now it seems the aftermarket is beginning to respond to some new players.

The V-Twin market is a lifestyle rather than a mere engine platform. Harley may have been the first to cash in big, but who will be next to appeal to a whole new generation of riders? Only time will tell which bikes will be on the road ahead, but the aftermarket will for sure lead the way.