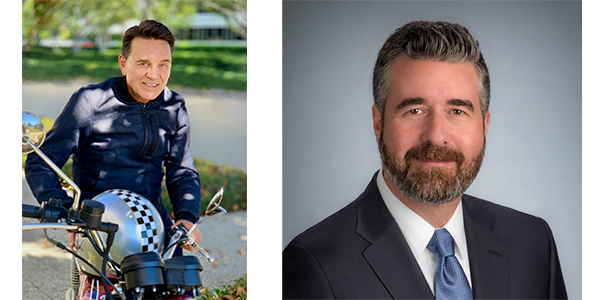 To insure a successful leadership transition, the first phase of the CEO succession plan was initiated in late 2017 when Pritchard was promoted to president of SVIA and ROHVA, respectively, and assumed those roles from Buche, who continued as CEO.

To ensure a successful leadership transition, the first phase of the CEO succession plan was initiated in late 2017 when Pritchard was promoted to president of SVIA and ROHVA, respectively, and assumed those roles from Buche, who continued as CEO.  As part of phase 2, in November Buche will transition to a consultant for the associations.

“Even though I have the same passion for the success of all our respective association members as I did when I assumed this role nearly 25 years ago, this succession has been planned for several years to ensure an orderly transition.  I’m excited to continue serving the associations in a new way as a consultant,” Buche said. “Erik has proven to be an effective leader since he joined us in 2014 and assumed the presidency of SVIA and ROHVA two years ago.  With exciting new initiatives under way at the associations, Erik is the right leader to work with staff to continually improve to achieve strategic plans and priorities.”

Since joining the MIC, MSF and SVIA as president in September 1996 and for the newly formed ROHVA in 2008, Buche has worked with the respective boards to set a course of improved services to their respective members to help them grow and manage their businesses, including enhanced market research, and government relations and market development initiatives.  Some of these efforts include the acquisition by MIC of AIMExpo, the premier and only trade and consumer powersports trade show in the United States; the annual Capitol Fly-In, the premier legislative advocacy event of the year for members; and the annual Communications Symposium, now entering its 21st year and always filled to capacity with members who hear and learn from elite financial, brand and research experts. Buche spearheaded the renowned MSF 100 Motorcyclists Naturalistic Research study with Virginia Tech Transportation Institute and he has been a frequent advocate and speaker on behalf of on- and off-highway enthusiasts.

“Tim has worked tirelessly since his very first day to make each of the associations the pillar of their respective industries, and on behalf of the MIC board we will be forever grateful for his commitment to excellence,” said Paul Vitrano, MIC board chair and senior assistant general counsel at Indian Motorcycle and Polaris Industries. “He has been sharply focused on advancing the needs of our members and fellow riders to the highest levels of government and with blue ribbon research institutions, and all our members have greatly benefited from his leadership and dedication.”

“Tim came on board at a very critical time in 1996 when the ATV industry sorely needed a strong leader and advocate for ATV safety while also preserving and protecting our sport through testimony on Capitol Hill and on the state level,” said Alexandre Borduas, SVIA board chair and senior advisor, public affairs and government relations at BRP. “He has been relentless in promoting the safe use of our members’ products to consumers throughout the country and helping our members navigate the federal and legislative challenges.”

“The Motorcycle Safety Foundation is the premier motorcycle safety organization nationally and internationally in large part because of Tim’s leadership and his ability to bring forth the best and brightest team in safety and research,” said Gary Martini, MSF board chair and manager at American Honda Motor Co., USA. “His commitment to lifelong learning and understanding the human factors in motorcycling through world-renowned studies, such as the MSF 100 Motorcyclists Naturalistic Study, will live on for many decades to come.”

“In different capacities, I have had the opportunity to work with Tim on behalf of our motorcycle, ATV and side-by-side members and consumers for many years and his shoes will be difficult to fill,” said Russ Brenan, ROHVA board chair and senior advisor, government affairs at Kawasaki Motors Corp, USA. “Tim continually pushes everyone forward, board members and staff, to ensure we are thinking outside the box and pursuing more than what’s expected.”