Our friends at MotorcycleIndustryJobs.com report a record year for the number of “Help Wanted” ads placed in the past 12 months. We have tracked some of the highlights of this year’s new hires going back to January.

[dropcap]T[/dropcap]he latest MIC retail sales figures confirm that the motorcycle industry is in recovery mode and sales are up nearly 5% – nothing to sneeze at considering where the industry was after the 2008 crash. Another indicator is the number of people getting good gigs in the powersports industry. Our friends at MotorcycleIndustryJobs.com report a record year for the number of “Help Wanted” ads placed in the past 12 months. We have tracked some of the highlights of this year’s new hires going back to January and concluding with the big guns at MAG that were announced at the tail end of a successful year. 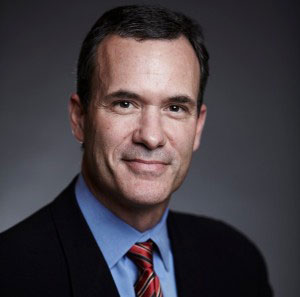 January 2015: Since December was MPN’s annual Buyer’s Guide, we missed a month’s worth of lane changes and shifting job positions. Some of the biggies, such as Western Power Sports merging with Marshall Distributing and Italian moto apparel outfit Dainese being sold to Investcorp for $162 million were big deals, but it is the people that really make this industry, so Arctic Cat’s “Chris-cross” was probably the biggest news of the new year’s issue: Christopher T. Metz succeeded Christopher Twomey as president/CEO of Arctic Cat. 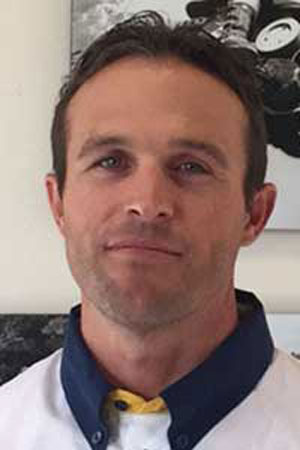 February 2015: KTM North America and its neighbor Husqvarna dominated the news in February, with multiple new-hires. After former VP of Sales & Marketing Brad Hagi left the company to pursue other interests, industry veteran Tom Etherington stepped up. Most recently, KTM’s new sales manager, Etherington, had also served as national sales manager for KTM Canada, circa 2003-2009, and served stints as a DSM for Suzuki Canada and Yamaha Motor Canada. At the same time, former VP of sales/marketing for LeMans/Parts Unlimited, Greg Blackwell, joined the KTM team. Blackwell’s experience working with 12,000 dealerships around the world made him uniquely qualified to become KTM North America’s VP of parts, garments & accessories. Meanwhile across the driveway from KTM HQ in Temecula, Calif., Husqvarna had a couple new faces in place. Blaine Schuttler became North American sales manager overseeing all sales-related activities for Husqvarna Motorcycles in the U.S. and Canada. Husqvarna also welcomed 4-time Baja Champ Timmy Weigand to the North American team as off-road racing manager. Former Husky Off-Road Racing Manager Andy Jefferson finished out the 2014 season before transitioning into his new position as media relations manager for Husqvarna in 2015.

March 2015: When Suzuki’s Larry Vandiver retired from his role as head of motorcycle, ATV & scooter operations effective February 3, Rod Lopusnak became the new director, operations head, motorcycle/ATV sales operations leading the company’s motorcycle, ATV and scooter sales and marketing efforts. In addition to his 16-year career at Suzuki, Rod is a life-long enthusiast. At Suzuki, Lopusnak held eight different leadership positions, and has built a strong rapport with Suzuki dealers, starting as a district sales manager, and including ATV operations manager and national sales manager. Lopusnak is well versed in new product development, and was instrumental in launching the QuadSport Z400, KingQuad line and Boulevard cruisers. 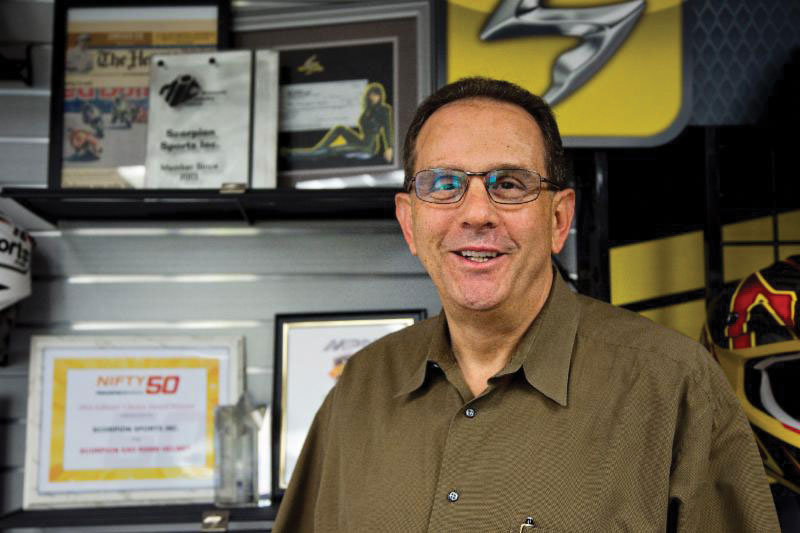 April 2015: Helmet market happenings were the focus of April’s Shifting Gears. The biggest heads up came from Scorpion as industry veteran Frank Esposito stepped in to head up sales and marketing. Most recently with the stand-up trailer operation Kendon, Esposito has track record of integrity and results. “We are extremely excited to have Frank join the Scorpion family,” said Scorpion CEO Jang Park. Esposito’s notable achievements include serving as President and COO of Tucker Rocky Distributing and President/Vice Chairman of Global Motorsport Group (presiding over Custom Chrome). Esposito’s exit from Kendon opened the door for former Malcolm Smith Racing Brand Manager Steven Adams to step in. Meanwhile Scorpion’s former Southeast regional manager Eddy Raisch left “The Nest” (as Scorpion HQ is known), but he stayed in the helmet game. Raisch returned to his roots at Troy Lee Designs. His new role at TLD has him serving as export sales manager for the Americas.

May 2015: New S&S Cycle boss Paul Langley made his move from Motorsport Aftermarket Group (MAG) felt as he immediately began shaking things up. He started by transferring ownership of the Flathead Power brand back to founder Anders Nygren, hiring veteran industry marketing/communications man David Zemla and stepping up as an exhibitor at the AIMExpo. 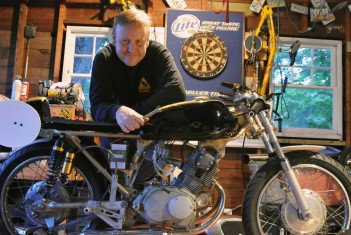 June 2015: Just in time for MPN’s vintage issue, word came that the newest member of the AIMExpo team, Kevin Nixon, was brought on board as the Marketing Director for AIME. Nixon joined the team after spending the past five years with Twisted Throttle, a leading motorcycle accessory distributor, manufacturer and AIMExpo exhibitor since the show’s inception in 2013.

July 2015: Mid-year marked the end of an era for The Motor Company as long-time Harley-Davidson stalwart and Sturgis Hall Of Fame inductee Steve Piehl announced his retirement. “I’ve been blessed with a wonderful career at Harley-Davidson with great assignments like HOG, the launch of harley-davidson.com, leading the team that created Jumpstart, the Project LiveWire Experience Tour and so many more,” said Piehl.

August 2015: Auction action was the topic for August and National Powersport Auctions continued to ramp up, adding a seasoned pro to service dealers in the central region of the country. With more than 15 years of auto dealership experience combined with three years in the financial services industry Tony Avello was the latest to join NPA’s rapidly growing team. Tony is now taking care of dealers in the Dakotas, Wisconsin, Minnesota, Nebraska and Iowa.

October 2015: Although it doesn’t become official until January, Ducati leaked the news that Jason Chinnock was taking over in the U.S. He will become the new CEO of Ducati North America (DNA). DNA CEO Dominique Cheraki, will be moving back to Borgo Panigale (Bologna, Italy) to take over as Ducati network development director at Ducati HQ. Effective January 1, Chinnock will be responsible for Ducati in the U.S., Canada and Mexico.

November 2015: After serving as a strategic business consultant during the 2015 flat track racing season, longtime motorcycle industry exec Michael Lock was named CEO for AMA Pro Racing. Most recently COO of Lamborghini in America, Lock spent nearly a decade at Ducati, including 8 years as CEO in America. He was also CEO of Triumph Motorcycles USA where he established the U.S. subsidiary in 1994.

December 2015: The Motorsport Aftermarket Group (MAG) has appointed Kevin Strawbridge to head its retail and media groups. Parent company to both online retailers Motorcycle SuperStore and J&P Cycles, as well as Motorcycle-USA.com and CycleNews, MAG recently consolidated its retail operations in Irving, Texas. Most recently the VP of global e-commerce and digital marketing for Rackspace, the #1 managed cloud company, Strawbridge says he is looking forward to the opportunities with MAG. Strawbridge succeeded Ryan Polk as MAG retail group president. Meanwhile, Polk took over as MAG’s brand group president.