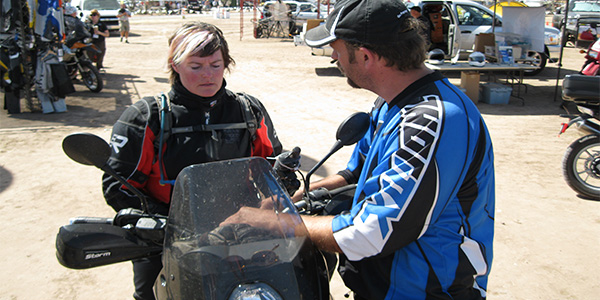 With women riding down the road in record numbers, we are the fastest growing segment of the motorcycle marketplace, and we’re seeing the push to pull in female customers in all areas of the industry.

The Motorcycle Industry Council says there are an estimated 6.7 million women operators, which is roughly 25 percent of the riding population. Twelve and a half percent of motorcycle owners are female. With women riding down the road in record numbers, we are the fastest growing segment of the motorcycle marketplace, and we’re seeing the push to pull in female customers in all areas of the industry.

As a rider, industry insider and motorcycling evangelist, it is my desire to help dealers capitalize on this flourishing segment of the marketplace. Like it or not, women are the key to the industry’s bottom line. Through a combination of their buying power and influence, women drive 70-80 percent of all consumer purchasing, according to Forbes magazine. Often referred to the “Family CFO,” the woman is often the influence or veto vote behind someone else’s purchase.

I’m not a fan of the gender conversation, but deep down we all know women and men are wired differently. More significant than age or income, gender is the most powerful lens through which we view the world and everything in it. We women have our own filters through which we communicate, so I recommend buying a copy of Deborah Tannen’s book Conversational Style: Analyzing Talk among Friends.

A linguistics expert, Tannen focuses this foundational book on conversational styles and the differences in the way men and women communicate. As a salesperson in a dealership, our ultimate goal is to tailor our message in such as way that it has maximum opportunity to be received. This, as we know, helps drive sales. Tannen’s book will not only help you do that but also give everyone – both men and women – insight into different conversational styles.

Another classic book I recommend is Connie Podesta’s Make a Fortune Selling to Women: The Deal Makers and Deal Breakers You Must Know to Close the Deal Every Time! A classic that should be in every dealership’s lunchroom library, the book gives great insight into the male and female approach to the buying experience. Podesta also offers a how-to guide for closing sales with women by combining both psychology and sales tactics.

Relating to your customer, male or female, is of the utmost importance. If women are 12.5 percent of the market, and your dealership is not actively invested in cultivating sales to women, your salespeople are leaving at least 12.5 percent of sales right there on the table. Let’s fix that and bring the percentage of female rider-owners up even higher. Who knows? Female ridership might just reach 20 percent of riders once the MIC does their next survey.