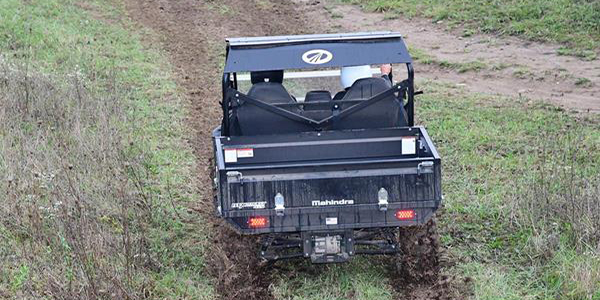 Mahindra & Mahindra plans to roll out off-road utility vehicles from the Detroit plant.

Indian companies, including Mahindra which is setting up first ever Indian automotive plant in the U.S, are increasing their investments in America, US Secretary of State Rex Tillerson said in a press conference that was recently reported in Economic Times.

“US companies and products have everyday presence in the lives of Indians and we see increasing investments by Indian companies in America including a Mahindra vehicle plant that will open this month in Detroit, the first ever Indian automotive manufacturing plant in the US,” Tillerson said.

Mahindra & Mahindra plans to roll out off-road utility vehicles from the Detroit plant. Tillerson added that besides partnering on issues related to regional and global stability, both US and India continue to benefit from their strong economic bonds.

“Our two countries have history of trade that dates back to the 18th century long before the independence of either one of our nations,” Tillerson said.