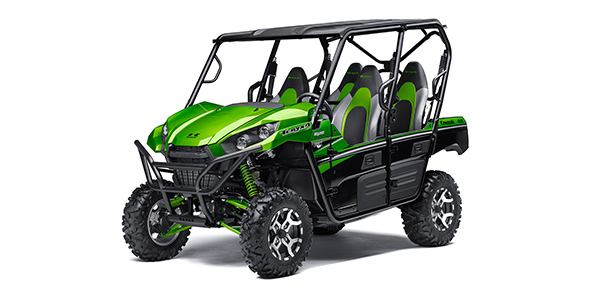 The penalty settles charges that Kawasaki failed to immediately report to CPSC that its 2012-2016 model year Teryx4 750, Teryx4 800, and Teryx 800 recreational off-highway vehicles (ROVs) contained a defect that could create a substantial product hazard or that the ROVs created an unreasonable risk of serious injury or death. CPSC also alleged that Kawasaki knowingly made a material misrepresentation to CPSC staff by underreporting the number of Teryx4 750 floorboard incidents and failing to report any incidents regarding the Teryx4 800 or Teryx 800.

Between April 2012 and July 2014, Kawasaki received more than 400 reports of Teryx4 750 floorboards cracking or breaking during normal operation due to impact with, or penetration by, debris from outside the vehicle. Three of these incidents resulted in injuries to consumers, including one serious injury.

In addition, between July 2013 and August 2015, Kawasaki received more than 150 reports of Teryx4 800 or Teryx 800 floorboards cracking or breaking during normal operation. Three of these incidents resulted in injuries to consumers, including two serious injuries. Kawasaki failed to immediately notify CPSC of the defect or risk posed by the ROVs, as required by federal law.

When Kawasaki ultimately filed its full report with CPSC, it reported a single incident and an unspecified number of injuries. The full report did not identify the more than 400 similar incidents involving Teryx floorboards about which Kawasaki had actual or presumed knowledge or any incidents involving the Teryx4 800 or Teryx 800. By omitting this information, Kawasaki made a material misrepresentation to CPSC staff, impeding CPSC staff’s investigation into the hazard posed by the firm’s ROVs and Kawasaki’s proposed repair, and hampered staff’s ability to accurately communicate the prevalence of the hazard to the public.

Kawasaki Motors Corp., U.S.A. released a statement regarding the settlement:

Kawasaki has agreed to settle claims by the Consumer Product Safety Commission (CPSC) related to the recent recalls of the Teryx 750 and 800. Kawasaki complied with all applicable requirements and furnished all requested information to CPSC accurately and in a timely manner.

Yoshi Tamura, President of Kawasaki Motors Corp., U.S.A., stated: “Kawasaki is dedicated to the safety of our customers and the quality of our products. We agreed to this settlement solely in order to avoid the time and expense of a lengthy dispute, and to be able to focus on our commitment to consumer satisfaction and safety.”