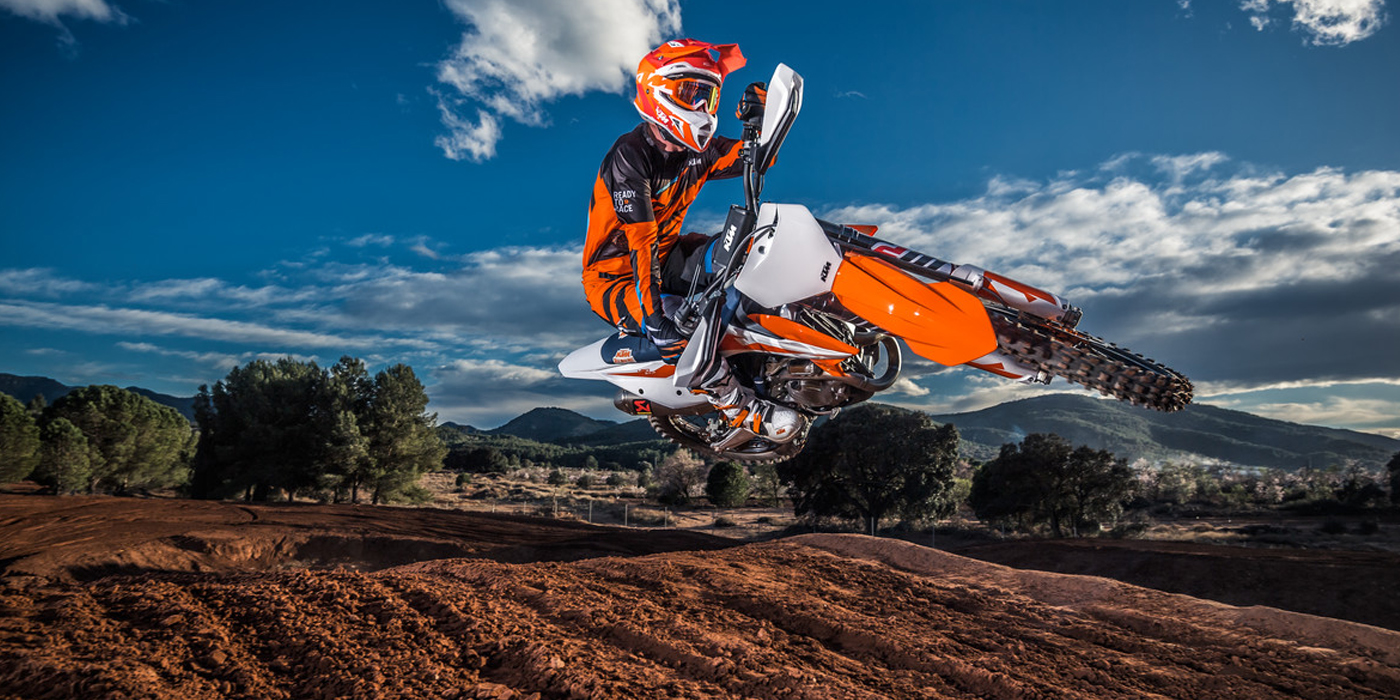 As the saying goes: hindsight is 20/20, but nothing we have experienced in 2020 so far has given us a clue as to what would happen next. It has been one of the most unpredictable and tumultuous six months that we can remember. However, the powersports industry has adapted and thrived in many cases as we move into a new normal.

As the saying goes: hindsight is 20/20, but nothing we have experienced in 2020 so far has given us a clue as to what would happen next.

It has been one of the most unpredictable and tumultuous six months that we can remember. However, the powersports industry has adapted and thrived in many cases as we move into a new normal.

Many states have begun opening up again amidst the coronavirus pandemic. While there are many hardships, there is great hope for the powersports industry as one of the best options for social distancing and entertainment. You can’t go to the races, concerts or festivals, but what we’ve seen in the market, especially in off-road segments, has been nothing short of surprising.

In the first webinar for the MIC Symposium Series, MIC President and CEO Erik Pritchard showcased a chart with combined new-unit retail sales for powersports vehicles among most leading brands, plotting the first four months of each year from 2016 to 2020. Year-to-date powersports sales are better than they were in the past three years, according to MIC’s sales stats.

“In the first four months of 2020, it’s the second-best performance only to 2016, amid a pandemic, amid really high unemployment,” Pritchard said. “And so, if you feel like your company’s been having a good, sort of surprising first four months, you’re not alone.” He also noted that dealers have reported a surprisingly good four months as a result.

While competition bike sales have dropped off at a time when they are traditionally gaining momentum for the coming racing season, sales of trail bikes and ROVs have been a bright spot for many dealers.

“In the last eight to nine weeks, most of the strength has been coming from the off-road sector,” said Jeremy Jansen from Wells Fargo CDF during one of NPA’s weekly video recaps.

Jansen explained that the dealers he spoke to said that more people are coming into the sport now. This is because it’s an old form of recreation finding new people. It’s a sport you can do with your family, and people are rediscovering how fun it is, especially now that traditional stick and ball sports are not being played at this time.

Yamaha’s Financial Services’ Ashley Cooper told attendees during the “Riding the Wave: Capitalizing on Off-Road Vehicle Growth” panel at the PowerSports Finance Summit last October that they see the continued growth of the off-road segment in 2020. And that was pre-COVID.

“We do see the potential and see the growth within off-road and the powersports industry as a whole,” Cooper said. PowerSports Finance reported that much of the growth tends to favor the side-by-side segment. But Yamaha has seen sales from its off-road motorcycles segment increase 10% year-over-year. And with the much-anticipated 2021 Yamaha Tenere 700 being shipped to dealers this summer, the company may see even more growth. The dual-sport segment has been one of the strongest segments, besides side-by-sides, to experience steady growth as other street segments have dipped.

One of the other hot spots in the middle of the COVID pandemic is trail bike sales outpacing competition dirt bike sales. For families that want true social distancing, there’s nothing better than taking the kids out on the trail and experiencing nature, as well as some good old-fashioned fun. MIC’s Pritchard said that one of the theories they have for the uptick in trail riding and powersports, in general, is that people are now more inspired to do something different since the world has changed so dramatically and so quickly.

“The news we have been receiving is better than we anticipated,” Pritchard said. “Usually, as unemployment goes up, sales go down. But that hasn’t been the case this time. The modeling we have used in the past doesn’t seem to apply here.”

During COVID-19, since we have limited face-to-face contact, many dealers have had to be creative to make sales. Ryan Gentry, president of Edge Performance Sports in Ontario, Oregon, said that they had the best month of April ever — even though it was in the middle of the pandemic. “We are busy anyway, based on where we are located, but we’ve done a lot of work on our database over the last several years and how we’re communicating with our customers. If you’ve done your homework and have good data and good delivery methods, that’s what will carry you through events like this.”

While there haven’t been many “trailblazing” off-road models introduced for 2020, some anticipated models have been announced for 2021 that will be shipped to dealers this summer, including the 2021 Yamaha Ténéré 700 adventure touring motorcycle. A complete line of Yamaha Genuine Accessories for the 2021 Ténéré 700 is currently in development, according to the company. And Yamaha said its dealers will begin receiving both motorcycle and accessory inventory in the early summer. The company noted that the first delivery would be sold out quickly, as many customers have already placed deposits. But the second round of shipments will resume later in the summer and fall.

American Honda chose April 1 to confirm a unique dual-sport style scooter that was no joke: the ADV150. The bike will be brought to the U.S. for the 2021 model year. Already a hit overseas, the model is a mix of scooter and adventure bike, aimed at being a lighthearted variation that can be ridden around town or down back roads. “What do you get when you combine an Africa Twin and a PCX150? We weren’t sure, but we knew it sounded like fun,” laughed Chris Cox, American Honda’s manager of experiential marketing/press.

KTM’s 2020 390 Adventure is also an alluring entry-level bike for the dual-sport crowd. It is the lowest priced KTM the company has in its lineup at $6,199 MSRP. KTM has been the leader in off-road adventure-style bikes for more than 20 years, and much of its high-end technology has trickled down to the little 390. From the reviews we’ve read, it’ll be enticing for the new adventure rider and maybe even a few seasoned riders.

With Supercross and American Flat Track starting back up again, there should be a good injection of racing excitement to pump up customers. With everyone at home, race events are getting big TV numbers, even without fans in the stands for the time being.

Whether the positive sales numbers were a temporary blip or something more permanent remains to be seen. But MIC’s Pritchard said that it’s up to us as an industry to flip the script. The off-road segment has been a welcome relief for people who are sick of being indoors.

Wells Fargo’s Jansen said he is confident that the full-year story is going to be a good one. He believes that as the year progresses and sales and life go back closer to normal, sales will likely still be up from 2019, and he expects that the powersports industry and the off-road segment will end the year in really good shape.