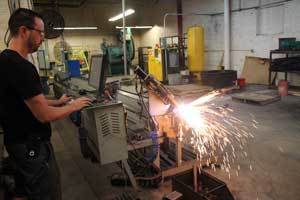 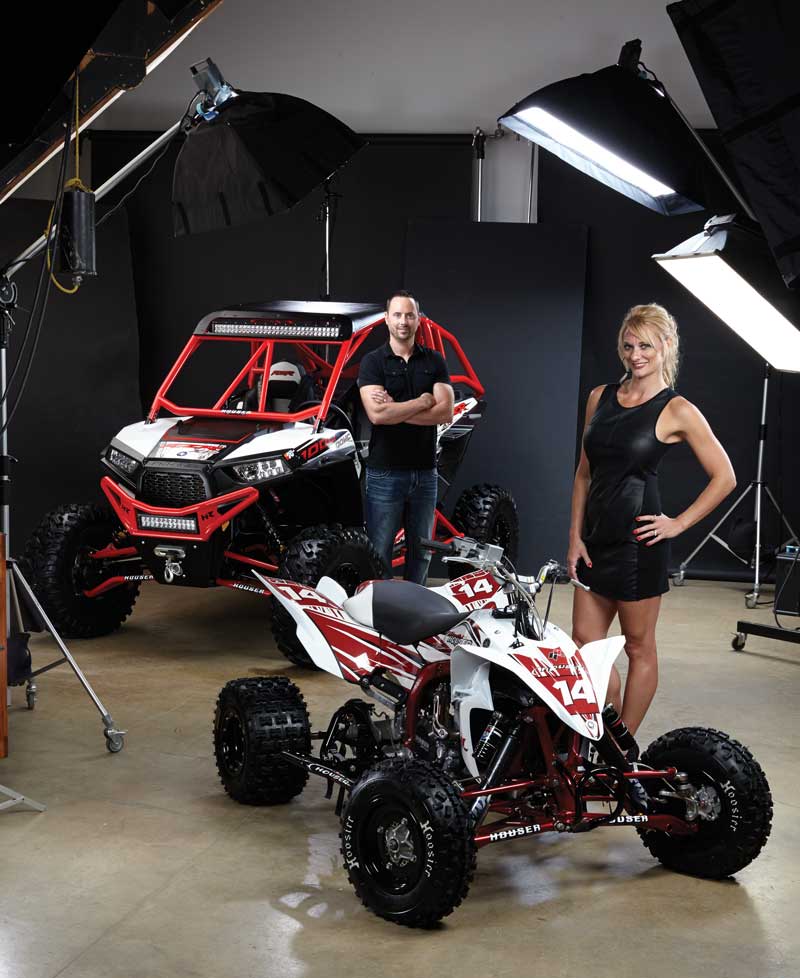 [dropcap]T[/dropcap]he story behind the story about Houser Racing is it’s more than just a company that produces high-quality aftermarket parts for ATVs and UTVs. Houser’s success has been the result of an entire family coming together and chipping in wherever needed, alongside employees to make the best products possible, and working tirelessly to reach goals.

Much of Houser Racing’s success story is centered around Jeff Houser, who is the co-owner of the company and the main passion behind the products it produces. He got his start in the parts business like a lot of other folks in the powersports industry – he was a diehard racer who wanted to win races and needed better parts than the manufacturers and aftermarket offered at the time. Back when he was running the GNC circuit in 1997, Jeff was having a difficult time keeping his Yamaha YZF426 together during the races, so he set out to build his own parts.

Sounded simple enough, especially when you’re barely out of school and don’t know how difficult things can be. However, Jeff was determined, and his dad, John, was an engineer with the Whirlpool Corporation for many years and knew how to design mechanical components pretty well. Fast forward to today and father and son are partners in a company with the same philosophy they had when they were racing – only now it’s for parts sales instead of trophies. 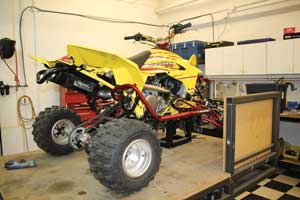 “I’m an inventive type of person,” Jeff said. “I do everything off of 3D and Inventor for the AutoCAD programs. I come up with the ideas and sketch them out and then we go through the process of verifying everything.”

Over the years, Houser Racing has become a well-known name in the ATV market for building strong, yet lightweight suspension components for quad racers and hardcore enthusiasts. HR’s steering stem is second to none for strength and quality and is one of its mainstays along with A-arms, grab bars and nerf bars.

Currently, HR is entering into a new phase in the UTV side of the market with a custom line of roll cages, nerf bars and bumpers for Polaris RZR 900s and 1000s as well as Can-Am Mavericks. Production of these parts has really just started to ramp up as the company continues to add dealers to its network as well as revamping its website. 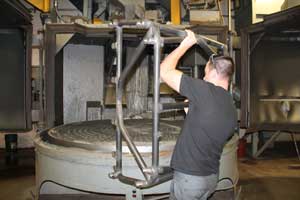 A key cog in the Houser Racing machine is Jeff’s wife, Erin. The couple met in high school and have been together ever since she was a senior. She says Jeff was the shy one, and you can believe it coming from the tall, blonde fitness nut who is a former cheerleader and an entrepreneur in her own right.

The two make quite a team, and then you add Jeff’s father and mother (she is now the official company cheerleader) to the mix and you have almost a full family tree working under one roof. Jeff’s sister was also involved with the business at one point, but recently left to pursue a teaching career.

Houser’s 55,000-square-foot facility sits in between two train tracks in the center of Marion, Ohio. According to Jeff, the building used to be the home of an old ice plant. A hundred years ago, train cars would pull up to the side of the building on either side and load up with a day’s worth of ice for customers in the area before there was refrigeration. It was an all cash business, and business was good until refrigeration came along. There’s even a full-sized bank vault in John’s office that he now uses for storage.

On MPN’s recent tour of the facility, Jeff said the biggest hurdle right now is getting the finished product transported from one area to the next. “When we close down the machine shop, it’ll give us more room to open things up and handle the powder coating processes a little better,” he said. 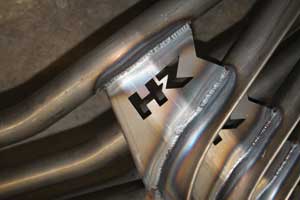 One of the things Houser Racing is very proud of is that everything it produces is made in the USA. And up until recently, most of it was made in-house, which is set up with CNC machines, CNC plasma pipe cutters, a walk-in sized powder coating  oven, a gigantic media blaster for cleaning complete roll cages and a full welding department. And that’s just the first floor.

“If you were here four months ago when we had the machine shop running at capacity and we had all the guys back there running parts, it was pretty impressive,” Jeff says. “But when it comes down to it, it’s about the money to keep those machines running all the time. If a machine was down or we didn’t have enough to do it was too expensive.” 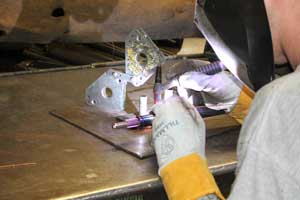 Jeff says that they plan to downsize their machine shop to just the minimum and then outsource the pieces they need to a network of machinist partners that are also within a day’s drive. He says that his philosophy used to be to keep everything in-house and do it all in order to control quality, but that comes with a high price tag, and you can’t always even achieve the highest quality or most efficient work-flow that way. As long as Jeff can work with good vendors that are either local or an easy one-day shipping away, he thinks it makes the most sense to spread it out and then assemble or do final touches at Houser’s headquarters. 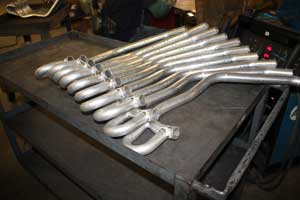 The ATV market has been relatively flat for the past few years while the SxS market has taken off, so Jeff says they are excited about the prospects that their new product line will bring.

“We’ve got a good solid system (manufacturing) now, so if things start taking off with our UTV line, we’ll be ready to respond quickly,” he says. 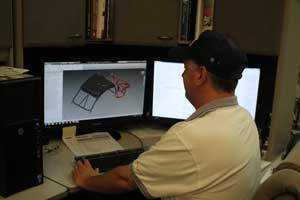 As for how they distribute parts, Jeff says they do sell some parts through Tucker Rocky, but not the volume like they used to years ago. “We had trouble selling at such small margins and sold more through our own dealer network after a while. And with the UTV business just now coming on, we have to sell through the dealer network.”

“We’re a proven name. We’ve been around a long time and our customers know we make quality stuff,” says Erin Houser.