How a couple of nice guys made it big in a tough town. 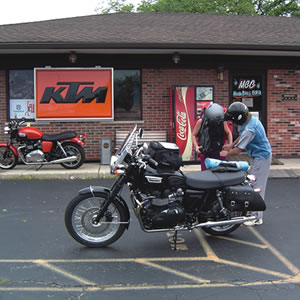 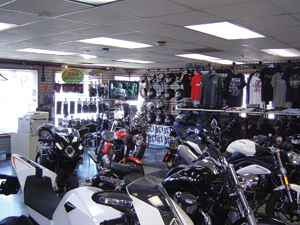 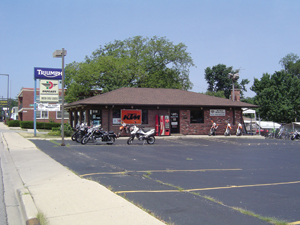 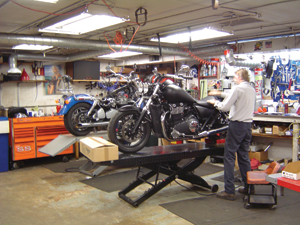 Nice guys are supposed to finish last, and Chicago is supposed to be a tough town. You wouldn’t expect that brothers Greg and Geoff Mellinger, with a universal reputation for being nice guys, willing to go out of their way for a customer, would do well in Chicago. Instead, they seem to be finishing ahead of the game.

The customers of MCC, the Mellinger’s Chicago dealership, love them, posting enthusiastic reviews on consumer websites and supporting their dealership in good times and bad. “The only advertising we do now is on our website,” says Geoff.

The brothers have been in business over 30 years. The Mellingers opened for business in 1980 as a repair shop. They were racing dirt bikes and having a good time, but needed to make a little money. In 1982, they took over an existing Husqvarna dealer.
“It was not the best time to be in business,” explains Geoff, “but we were completely oblivious to the current political scene. It pays to be ignorant sometimes.”

Geoff continues, “Despite the economic adversity of the early ‘80s, we did fine. After two years, we realized that we were selling bikes in a major metropolitan area and decided to look at selling street bikes. We couldn’t afford any of the Big Four, but we were able to afford a Cagiva dealership. At the time, Cagiva was selling bikes with Ducati engines. A customer came back from Daytona lusting after a F1 Montjuic Ducati. We called Cagiva — they must have figured they would do a favor for the new kids on the block, and said we could get one. It was one of 10 imported that year. This was our first exposure to the limited edition motorcycle market.”

One of the advantages of selling upscale motorcycles in a major metropolitan area is that even if only a tenth of a percent of the population is interested in luxury motorcycles, that still translates out to a lot of people.

“Ducati blossomed,” Geoff continues. “We were the only Ducati dealer in the Chicago metropolitan area. Things started to make sense.”

The Mellingers started adding additional brands. After some ups and downs with different manufacturers, they are now selling KTM, Triumph and MV Agusta in addition to old standbys Ducati and Husqvarna. “What’s important to us is good communication between the importer and the dealer,” Geoff says. “We are interested in uniqueness of the product, and, of course, profitability. We are looking for smaller niche brands with panache.”

MCC’s advertising philosophy is based on the premise that the brands they carry pull customers. “Customers are driven to the dealer via the manufacturer’s website,” says Geoff. “We do special events, such as the Italian American Chamber of Commerce show — everything Italian, from fettuccine to Ferraris. It’s a great event for us. We also do the British American show and charity events.”

Once the customer is in the door, the Mellingers exercise their special people pleasing talents. “We are simple guys,” says Geoff. “We treat our customers as we would like to be treated. A lot of people say that, but they don’t do it. It’s a lot of work. You have to spend time and make an effort.”

“For example, the way we deal with people who come to our store with the idea that they are going to check out our merchandise and then buy it on the Internet is we spend time with them,” Geoff says. “We shame them into buying at the dealership. We lay it out: We are here for you. You are coming in for customer service. A motorcycle is a hands-on product, and we are on your side.”

One byproduct of running a dealership in a big, multicultural city is that you have a multicultural customer base. Once again, the Mellinger talent for people comes through for them. “Everyone gets treated the same,” Geoff says. “Everyone gets treated with the same respect. I learned long ago that you can’t ignore people. You can’t size up people with a look. You have to give them a chance to discredit themselves.”

The luck of the Mellingers has helped MCC survive the current economy. “We spent 10 years trying to expand the business,” says Geoff. “Every time we were ready to make the big move, some disaster happened. As a result, we paid off our facility, and we weren’t over our heads in the downturn. Our clients have generally weathered the economic storm better than a lot of others. We are fortunate. We are going to have one of our best years.”

Greg and Geoff are still racing and still having a good time. “We still enjoy our business after 30-plus years,” says Geoff. “I love selling bikes, even though I don’t like the behind the scenes BS. We are selling the coolest bikes in the world. We have been fortunate to travel to many places through the dealership and experience so many things that other people never get the chance to do.”