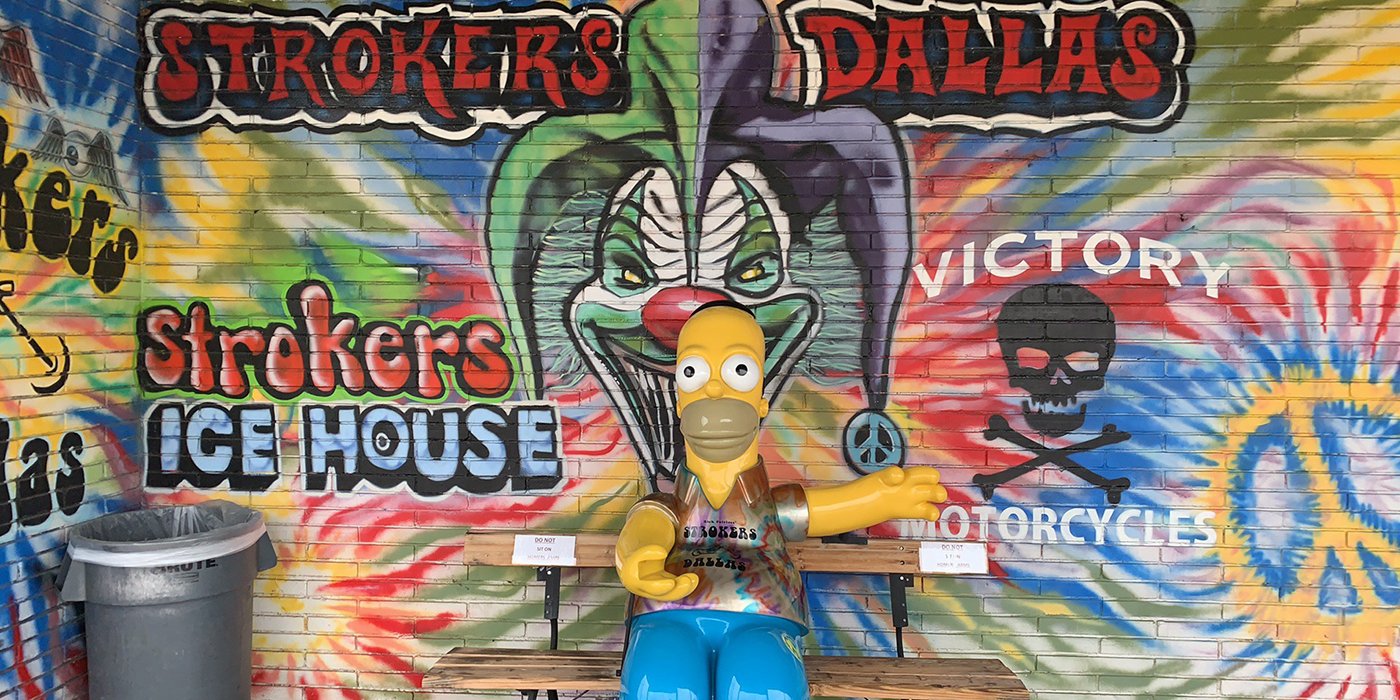 In a letter to his mother, Rick Fairless, owner of Strokers Dallas, Strokers Ice House & Punch Wally Garage, as well as a few other businesses, discusses topics that are on his mind in this month’s “Can Ya Dig It” column?

I hope you’re doing good up there in Heaven, we are good down here in Dallas. So Ma, you know that I have three grandkids now and it’s great watching them grow up. Blyss is 8, Rockey is 5 and Pearl is 3. But the way kids are raised now is different from the way you and Pop raised me and Ran, and it’s different from the way I raised my kids. For instance, when Ran and I got out of line, you and Pop would bust our ass, and that was on a regular basis. I don’t think any of my grandkids have ever been spanked. I’m not saying that it’s a bad thing, but it is a different way of raising kids. I don’t think I could ever spank a kid again, but back in the day, that’s just the way it was.

I remember one time when Pop had taken my Honda 100 away from me because my grades had fallen. I was grounded from my Honda for two weeks. Well, it just so happened that Pop was going out of town on a fishing trip. So, I figured he wouldn’t know if I got the bike out for a few hours on a nice Sunday afternoon. Afterall, Pop never got home from them fishing trips until after dark on Sunday night. Oh boy, do you remember what happened, Ma? Pop came home early and saw that neither me nor the Honda 100 were home. So, Pop parked his truck around the corner and waited for me in the garage. I pulled up about supper time and opened the garage door and there was Pop with a big smile on his face. What happened next is neighborhood folklore, which still lives in infamy to this very day! Some say it was child abuse while others claim that a disobedient knucklehead was taught a rightful lesson! Either way you look at it, I never disobeyed my Pop again, at least that he found out about…Lesson learned!

So, I’ve been wondering, are these things that my grandkids will never have to experience? I don’t know, but I do know how times have changed and I’m not sure it’s for the better, but maybe they are.

When Ran and I turned 15, we wanted a street bike that we could ride to school and take on dates. So, Pop told us to get a job, save up half the money and we would go get whatever bikes we wanted. We thought that was pretty good; we save up half the dough and Pop pay the other half. I wanted the new 1973 Honda CL100 and Ran wanted a 1973 Yamaha 100. We got a job as sackboys at Skaggs Albertsons making minimum wage, which was $1.62 per hour. We saved up our half of the bread and Pop took us to the Honda shop. When we got there, we were so excited! Turns out, when Pop said we save up half, we thought that meant he’d pay the other half. In reality, what he did was co-sign for us to make payments on the other half! We were stunned! But looking back, Ran and I both think that was the best thing Pop could have done for us. It taught Ran and I to be responsible adults. So, thank you, Mom and Pop for teaching us life’s lessons the hard way! I just hope my grandkids are that lucky too!

I have to go now, Ma. I just bought a life-size Marge Simpson to go along with Homer! I’m easily amused, I know!

Advertisement
In this article:Can ya dig it?, Rick Fairless