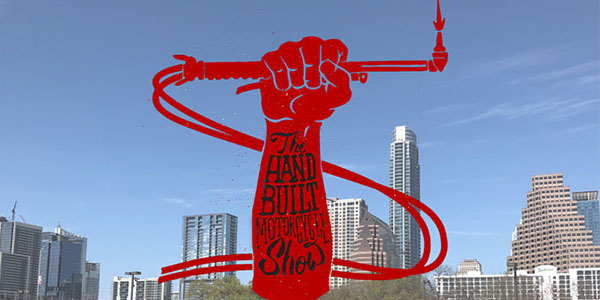 Revival Cycles has been preparing for its 5th year of the The Handbuilt Motorcycle Show, and after 4 years at Fair Market, the show will now take place at 305 S Congress Ave, Austin, TX 78704 (Austin American Statesman building) from April 19-22.

According to organizers, this not only means a better view of downtown Austin from a riverside venue, it means more bikes, shorter lines, better bars, more parking, and easier access to the show for attendees.

Last year the event brought an estimated 42,000 motorcycle enthusiasts and onlookers that circled among some 110 custom handbuilt motorcycles, this year those numbers will greatly increase with the change of venue. The custom motorcycle shop, Revival Cycles, are the inventors and curators of the annual event.

The Wall of Death will once again return. The 40 foot high vertical wooden barrel where riders speed around the inside surfaces traveling vertical to the ground. This death-defying act has been pleasing crowds for over 100 years.

Also, included in the ticket purchase is a pre-party Thursday night, April 19th at the South Congress Hotel as well as a closing party April 22nd at Revival Cycles’ workshop located at 5305 Bolm Rd Austin, TX 78721.