METZELER has announced that it has extended its partnership with the AMA Supermoto Championship, which will witness the fourth consecutive season that the brand has served as the championship’s official tire.

METZELER has announced that it has extended its partnership with the AMA Supermoto Championship, which will witness the fourth consecutive season that the brand has served as the championship’s official tire. The 2017 season will feature five prestigious events that are slated to take place throughout North America, including the opening round on April 8 at Kern County Raceway in Bakersfield, California. As one of the most challenging forms of racing, the cross-discipline event consists of pavement and dirt, making tire selection crucial as riders’ battle bar-to-bar for the chance to be crowned champion at the season finale in Pensacola, Florida on October 7.

“AMA Supermoto is extremely happy to bring back Metzeler as the official tire of the 2017 Championship,” said Alexander Mock, president of AMA Supermoto. “The Championship continues to experience growth at a incredible rate each season. With riders’ competing at an all-time high on the track, it is crucial to have high performance tires like the RACETEC SM that can withstand riders’ of all skill levels and the ever-changing conditions on the track.”

Three different options will be available on the rear, K0, K1, and K2 in 165/55R/17 sizing, including a fourth rain option that is designed for wet conditions. METZELER engineers used development from the Racetec™ RR to improve traction in the dirt sections of the track and still retain optimal wear. The central and shoulder notches feature a unique design that allows the tire to clean itself out, ultimately helping riders when navigating dirt sections. 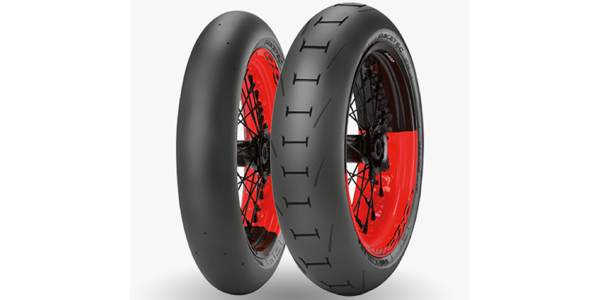 On the front, K1 and K2 slicks were released last season in a 125/75R/17 and have been designed with a lower profile that enhances agility and confidence when cornering or in quick changes of direction. The same compounds are used on the 16.5” option, which increase grip and versatility. A rain option is also available for when conditions are wet.

Metzeler has captured three consecutive Pro Open Championships with Gage McAllister, all of which relied on the incredible performance of the RACETEC SM tires. McAllister will have his sights set on capturing his fourth straight championship when the opening round kicks off at Kern County Raceway.