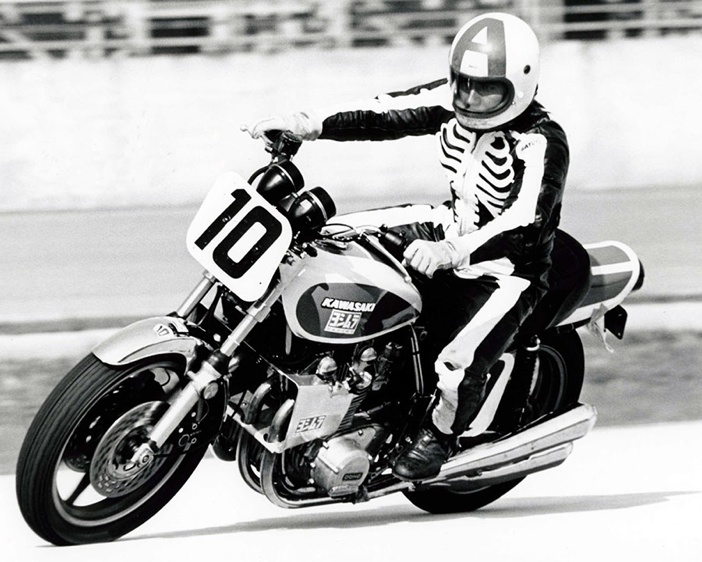 Aldana, known for his trademark black leathers with a white skeleton print, will not only meet and greet fans at this year’s event, but he’ll also compete in the vintage motocross and dirt track programs of the AMA Vintage Grand Championship that takes place during AMA Vintage Motorcycle Days.

“These days, there’s a real vibrant community of fans, collectors and vintage racers who fondly remember the 1970-80 era of racing,” Aldana said. “Those same people are now coming out to events like AMA Vintage Motorcycle Days to re-live and re-experience those memories. They are dedicated enthusiasts and die-hard motorcyclists, and I love to spend time with them and connect over motorcycles.” 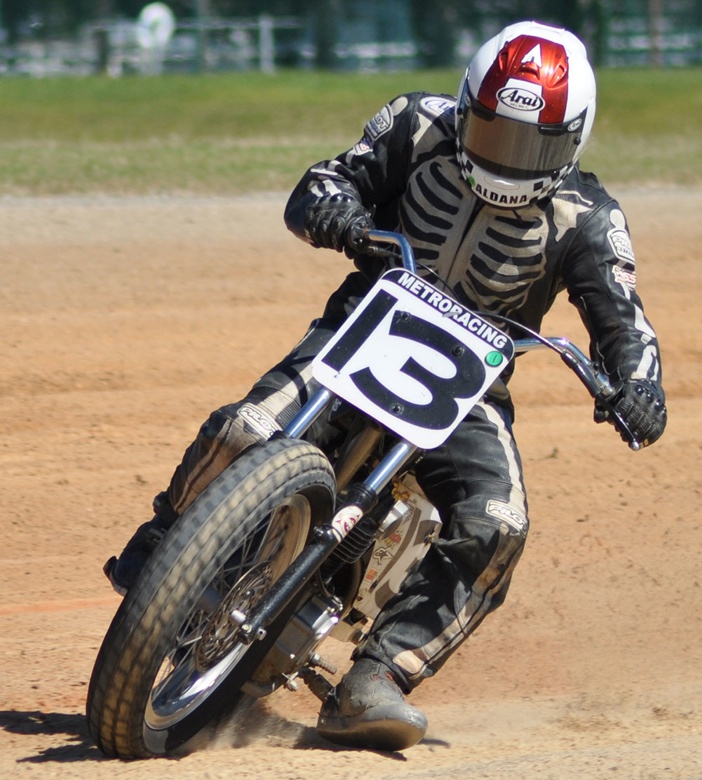 Aldana said vintage racing helped pull him back into motorcycling after a layoff following his professional career.

“When I was growing up, I just enjoyed riding, whether it was my motorcycle or my bicycle,” Aldana said. “When I quit road racing in the 1990s, I just stopped everything. Then when I had an opportunity to ride a vintage flat track bike, I had that same feeling that I had when I was younger. The pressure was off. I could just go out and have fun riding. That’s what vintage racing is about.”

One of the most colorful personalities in racing, Aldana teamed with AMA Motorcycle Hall of Famer Mike Baldwin to win the prestigious Suzuka eight-hour endurance race in 1981 as a Honda factory rider contesting the FIM World Championship Endurance Series. He later rode the revolutionary Elf Hondas in the world endurance series. One of the most versatile racers in the history of the sport, Aldana competed in nearly every form of motorcycle racing, including motocross and speedway racing.

Prior to his foray into endurance racing, Aldana was a top AMA Grand National Series competitor during the 1970s, winning four AMA nationals during his career. By the late-1970s, Aldana began concentrating on road racing. He became a factory rider for Suzuki and later joined Kawasaki’s AMA Superbike team in 1980.

When not racing in Europe and Asia, Aldana raced in select races in America. In 1983, he finished third in the AMA Superbike race at Daytona aboard a works Honda. In 1985, Aldana rode the new Suzuki GSX-R750 for Cycle Tech Racing with teammate John Kocinski, who will be inducted into the AMA Motorcycle Hall of Fame in October, to win the WERA National Endurance Championship.