For the past 13 years, Branchville Motors has been riding the road less traveled and has done well by doing so. 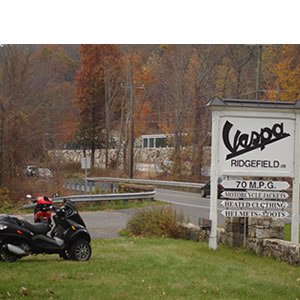 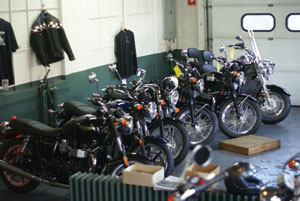 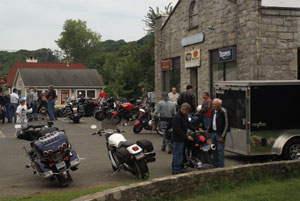 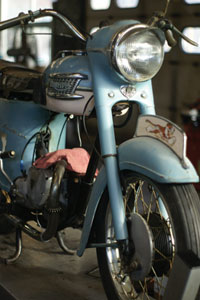 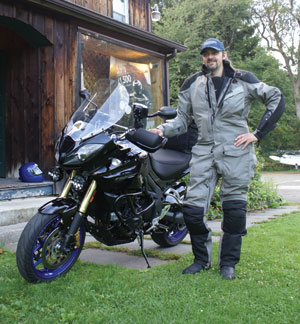 At first glance, the website maintained by Branchville Motors, a European bike dealership in Connecticut, looks pretty average. But, if you scroll down, you’ll see Beetle Bailey cartoons. “Mort Walker, the 80-year-old creator of Beetle Bailey, lives nearby and likes us. He drew some cartoons to post on our site,” explains Alex Gifford, Branchville’s owner.

That’s Branchville, just a little bit different than the average motorcycle dealership. For the past 13 years, Branchville Motors has been riding the road less traveled and has done well by doing so.

Gifford didn’t start off to sell motorcycles. He opened up shop in the early ‘90s as an independent sales and repair facility for high-end European cars. However, as time wore on, it became more and more difficult for an independent shop to compete with factory program cars, and Alex decided to sell motorcycles instead. “I’ve always liked bikes,” he says. “At the end of 1997, we picked up a Moto Guzzi franchise, and we’ve grown from there.” Branchville now sells Triumph, Piaggio and Vespa as well as Guzzi.

Most of Branchville’s clientele are enthusiasts. The scooter aficionados are very different from the Moto Guzzi fans who are different from the Triumph crowd. Branchville has found the key to dealing with these very different sets of customers is providing excellent customer service tailored to the needs of each group. “We try to run a friendly dealership. Hands-on, personal service has everything to do with our growth,” says Gifford. “European brands tend to draw in more educated and higher income people. We are small enough to give our customers the level of customer service they want and which they can’t get in a big box store.”

Jim Hamlin, Branchville’s sales manager, estimates 60 percent of Branchville’s Vespa customers are women, and the age spread for both male and female Vespa riders is 40 to 65. Prospective Vespa buyers often have no idea what scooter models are available and rely on the dealership to educate them on what to buy, what accessories will make their scootering more enjoyable and even where to find insurance.

The dealership features touches that please its large female customer base. There are two large mirrors and a good assortment of clothing on display. “Both male and female scooter riders want to be able to actually see the different models of scooters, helmets and clothing we have for sale and want to see the colors each model is available in. Visual imagery is very important to them,” says Hamlin.

Moto Guzzi riders are the same age as Vespa riders but have a very different attitude toward their chosen rides. “Most Guzzi riders have had a lot of bikes already, and they often have a European background. They are interested in Moto Guzzi’s perception of durability. They either want to do all the maintenance and repairs themselves or want to turn over the keys and pick up the bike in a couple of days — nothing in between,” says Gifford.

Triumph riders are often younger, know a lot about the brand, “and are really into bikes,” says Hamlin. “They want to watch the mechanic working on their bike so they can learn how to do it themselves. They are really interested in learning.”

Along with the bikes, Branchville stocks niche products that draw customers from several different states. “People come from Massachusetts and New Jersey to buy Draggin Jeans and Held gloves,” Hamlin says. “Someone came from Maine a year ago for the jeans.”

Branchville’s most effective means of advertising takes place on sunny Sunday mornings, when Gifford, Hamlin and friends saddle up and ride the 8 miles to Marcus Dairy, a destination for motorcyclists all over the Northeast. “Being there and sharing the experience is a huge help in keeping our customers involved with our store,” reports Gifford.

Branchville also throws parties twice a year with a band and food. The dealership distributes an e-newsletter, occasionally buys radio ads and maintains the website featuring the Beetle Bailey cartoons.

The recession has impacted Branchville, but not as much as some other dealerships. “The more educated and higher income people that European brands draw have been hurt less than other riders and have been able to retain some disposable income. Our brands have taken less of a beating,” says Gifford.

“Our customers are not buying as many new motorcycles, but they are very interested in maintaining their existing bike and in accessory upgrades,” he continues. “We have shifted to an emphasis on parts, sales and service, instead of new bike sales.”

Both Hamlin and Gifford are happy to come to work every day. “We are lucky enough to make a living from our hobbies,” says Gifford. “It never gets old.”