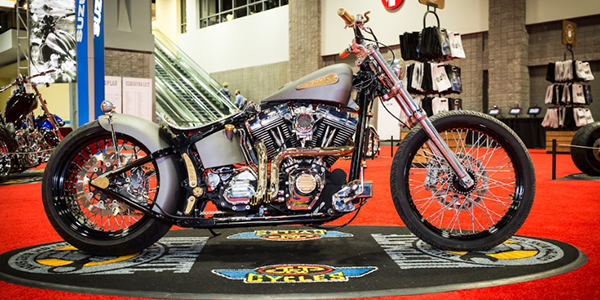 The Progressive International Motorcycle Shows (IMS) announced the Ultimate Builder Custom Bike Show (UBCBS) will be returning to the 2019/2020 IMS tour hitting eight major cities across the U.S. including an inaugural stop in Denver, CO. A staple of the previous nine IMS tours and sponsored by J&P Cycles – the world’s largest aftermarket motorcycle parts and accessories store – since 2012, UBCBS supports IMS’ commitment to fostering garage builders while continuing to entertain, educate and thrill all two-wheel enthusiasts.

“We’re proud to support the 10th anniversary of the Ultimate Builder Custom Bike Show at IMS,” said Zach Parham, president of J&P Cycles. “This competition attracts the most talented motorcycle builders and customizers in North America and we’re honored to present this platform for their creativity to be recognized. We look forward to recognizing this year’s established and up-and-coming builders who made their dream bikes a reality.”

Over the last nine years, the UBCBS has showcased over 3,000 custom builds.

Past UBCBS winners include community leaders Austin Andrella, Chris Richardson, and Evan Favaro, who reflect on the competition’s impact on the industry below.

Austin Andrella began competing in the UBCBS in 2014 and has won every year since. His building career was kickstarted at 23 when Andrella bought his first motorcycle from his uncle’s estate. He has since passed the love of building down to his daughter, “my little garage rat,” Andrella calls her, noting, “it’s a fantastic father-daughter activity.” Andrella’s skills seem to have also been passed down as together the father-daughter duo built a 1971 Honda Mini Trail (50 cc) from back in the 70s, fully custom, which went on to win Editor’s Choice two years ago — making mini Andrella the youngest builder in UBCBS history to win!

Owner of LA Speed Shop and House of Machines in the Arts District of Downtown Los Angeles, Chris Richardson is recognized as a leading innovative builder in the industry. He won the first UBCBS National Championship in Daytona, Florida and has taken home multiple wins in both Long Beach and Daytona since. Richardson credits the UBCBS for exposing him to people that have not seen or heard of him before and believes the competition has opened a lot of people’s eyes to the industry showing different brands and styles of bike building. Richardson looks forward to the upcoming IMS Long Beach show where he will be unveiling a custom bike he did for BMW. “This bike is brand spanking new, and totally cut up and changed from what it originally was,” says Richardson. “I’m excited to see people’s responses and what everyone else brings out.”

Owner, operator, designer, and builder of Speakeasy Motors in New York City, Evan Favaro, started competing in the UBCBS in 2013 and has not missed a New York show since. Throughout the years he has taken home six UBCBS winning titles including a Championship title in Chicago. “The Ultimate Builder Custom Bike Show has provided me the opportunity to show off my custom work to the general mass public,” said Favaro. “The acknowledgment my work has received through the competition has strengthened my reputation and given me a more recognizable brand throughout the country, helping my business grow.” Favaro has appeared on Discovery Channel’s hit series “American Chopper” and although he has certainly made a name for himself, Favaro appreciates the UBCBS’ support in giving smaller builders a chance to show their work and providing great exposure for everyone.

In addition to celebrating UBCBS’ 10-year anniversary, Kay is excited to bring UBCBS to a new city with the addition of IMS’ new tour stop in Denver. “Denver is a new show for us with a rich tradition in custom bike building. While some of the traditional builders have retired from competition, they have created a huge influence in the area,” said Kay.

Entry to the 2019/2020 UBCBS competition is open to all levels of builders and fabricators. Participants in each city tour stop will have the opportunity to submit their custom bike to the competition’s Freestyle, Custom Street, and Custom Classic categories, as well as take home the honorable People’s Choice award sponsored by J&P Cycles. Judged by a panel of industry experts, winners in every city along the IMS tour will be invited to compete in the championship round in Chicago for a chance to be crowned ‘King of the Builders.’

Those interested in competing in the UBCBS can register online at motorcycleshows.com or on-site for one or all eight shows this season. There is a $50 registration fee per entry. Information pertaining to each competition category and award prizes are listed below.

Anything goes, 2- or 3-wheel drivetrain/chassis motorcycle configuration as defined by the DMV. The only limitation is the builder’s imagination and resources.

This class is for those who want the chance for the opportunity to compete in the J&P Cycles UBCBS National Championship in Chicago for $10,000 in cash plus merchandise prizes and be crowned King of the Builders.

Winner of each qualifying show in our 8-show series gets $1,500 and the right to compete in the National Championship for $10,000 in cash plus merchandise prizes.

Must start with 2000 and later major OEM engine and frame as base. Must maintain original engine cradle configuration. Neck may be cut to rake or stretch frame. Hardtail sections and wide tire alterations are acceptable. Must be a 2- or 3-wheel motorcycle configuration as defined by DMV.

Winner of each qualifying show in our 8-show series gets $500 and the right to compete in the National Championship for $2,000 in cash plus merchandise prizes.

Must have a 1999 or earlier OEM engine, replica engines are not allowed. Custom or stock modified frames are acceptable. Must be a 2- or 3-wheel motorcycle configuration as defined by DMV.

Winner of each qualifying show in our 8-show series gets $500 and the right to compete in National Championship for $2,000 in cash plus merchandise prizes.

One winner as determined by IMS attendees will take home the People’s Choice award.

These trophy awards are chosen by our sponsors and reflect their opinions not tied to any judging criteria.

This custom mini bike started out as a 1969 LiL Indian, the brand that started the mini bike industry over 60 years ago. Check it out! 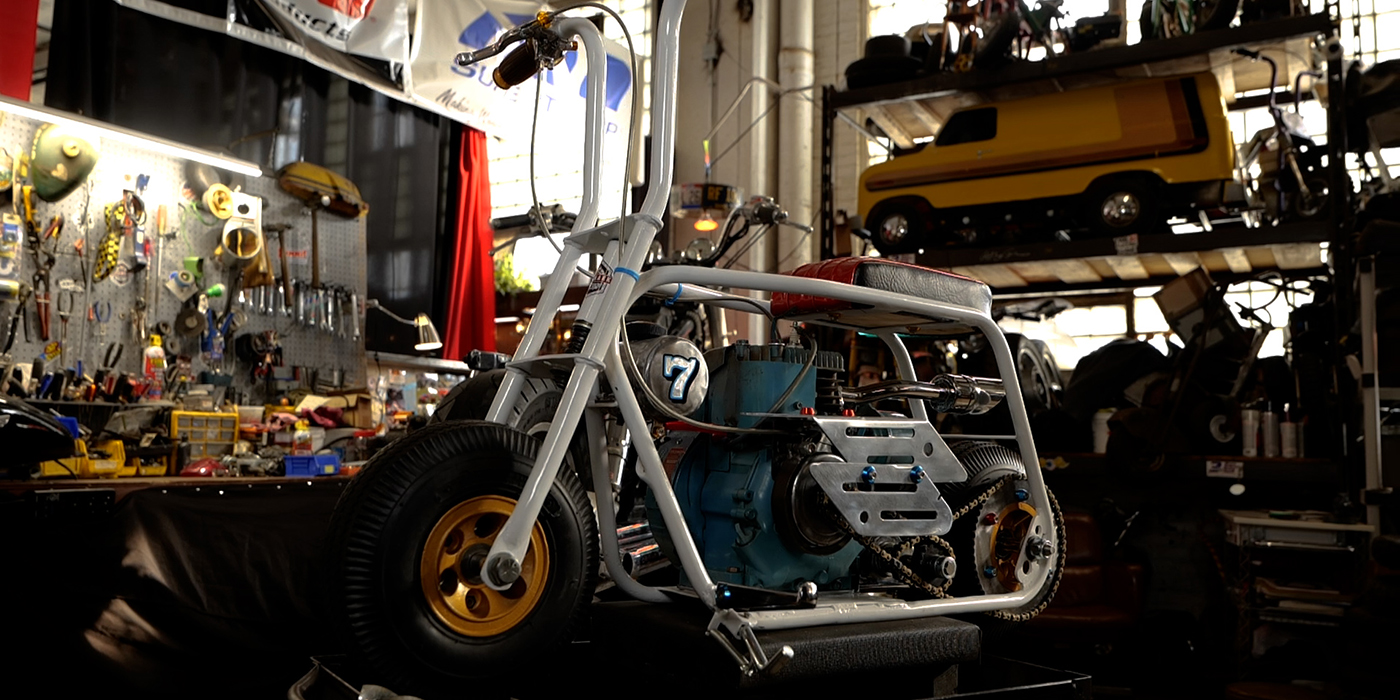