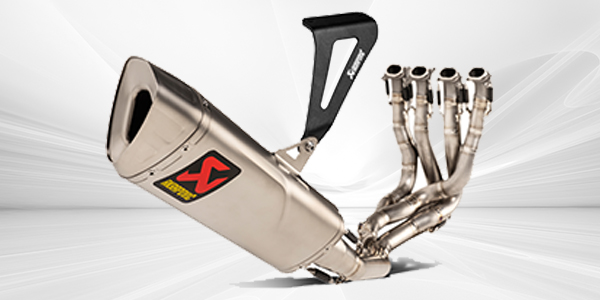 With development completed in January, Akrapovič has launched a fully racing-oriented Evolution Line Kit (Titanium) exhaust system for the Honda CBR1000RR-R Fireblade that uses the HRC Race Kit and has been developed at the recommendation of the R&D department of Honda Motor Corporation.

The Evolution Line Kit (Titanium) is aimed directly at racing teams and riders using the CBR1000RR-R Fireblade on the track and under competition regulations, and it has been developed exclusively for use with Honda’s latest track-focused motorcycle. The full system, with its race-inspired design, featuring a relief-imprinted muffler, is specifically adapted to meet the exacting demands of racing. The routing, diameters, positioning and all specifications of design are solely designed for the Honda CBR1000RR-R Fireblade, an expertise that Akrapovič provides through the entire manufacturing process.

Constructed entirely from low-weight titanium alloys, with complex parts cast in Akrapovič’s in-house titanium foundry – the only one found anywhere in the world in an exhaust manufacturers’ premises – the Evolution Line Kit (Titanium) is a totally bespoke system and displays an attention to detail that is seldom seen on an aftermarket product for a race-bred motorcycle. Each part of the four headers that connect the system to the engine is cast in the foundry and formed to achieve an optimum configuration, ensuring that the fitment is perfect. This devotion and the use of state-of-the-art lightweight materials means the system weighs less than 5 kg. Optimal performance is achieved because the system delivers a perfect throttle response right through the rev range for the 1,000 cc engine.

The relationship between Akrapovič and Honda Motor Corporation has resulted in the Slovenian exhaust specialist becoming the official manufacturer and supplier of the exhaust for the new 2020 CBR1000RR-R Fireblade. In addition, the R&D department of Honda Motor Corporation recommends the Evolution Line Kit (Titanium) exhaust for the Honda CBR1000RR-R Fireblade with the official HRC Race Kit.