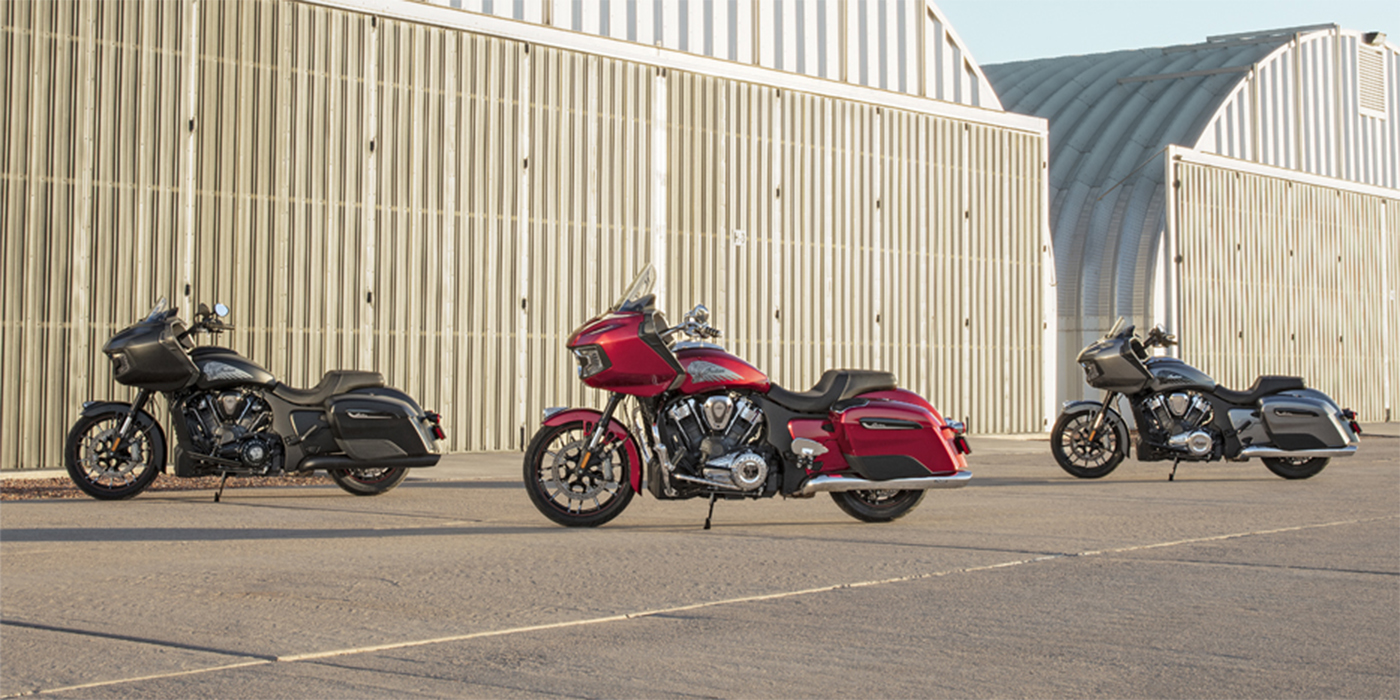 The 2020 Challenger is the second new motorcycle unveiled by Indian in less than a year. This past spring, Indian announced the FTR 1200, a street legal version of Indian’s competition flattening FTR750 racer.

Indian Motorcycle recently held a press launch of its new Challenger, a touring motorcycle with an up-to-date liquid-cooled engine and state-of-the-art technology.

The company brought several Challengers to the launch and turned them over to some journalists for over 350 miles on California public roads. The company even brought along a Harley-Davidson Road Glide so that the testers would have something to compare the Challenger to.

The 2020 Challenger is the second new motorcycle unveiled by Indian in less than a year. This past spring, Indian announced the FTR 1200, a street legal version of Indian’s competition flattening FTR750 racer. The FTR 1200 press launch took place in Cabo San Lucas and featured a ride up the coast to La Paz and back down to San Jose Del Cabo.

The confidence it takes to unleash a group of hardened journalists on a brand-new motorcycle, and even bring along the competition to provide a comparison, shows that Indian has arrived. The company is marketing motorcycles that stand on their own, even without the vintage nostalgia that the name “Indian” evokes. Indian believes that its customers are “deeply invested in its heritage,” as Marketing Director of Indian Motorcycle Jared Pippin said, as well as being attracted by the company’s quality control and craftsmanship. Other themes mentioned in online comments to a test report on the Challenger are Indian’s technological innovation and the fact the motorcycles are built in America. Regardless of motivation, customers are heading to Indian dealerships in increasing numbers.

Indian has a lot of heritage. Founded in 1901, Indian Motorcycle quickly grew to be one of the largest motorcycle manufacturers in the world. Unfortunately, after Hedstrom and Hendee, the two founders of Indian, retired, the company suffered from poor management, which hobbled the efforts of its brilliant engineering staff. Indian limped through the Depression, but received a fatal blow when, during World War II, the U.S. Army decided to purchase all of its motorcycles from Harley-Davidson. The decline in the motorcycle market in the early 1950s ended Indian’s production in the United States.

The vintage movement that started in the 1980s sparked interest in reviving Indian, and several small companies started building V-twins badged as Indians. In 2011, Polaris acquired all of the trademarks and moved production to Spirit Lake, IA. Indian has been on a roll ever since.

Not content to rest on past laurels, Indian consistently seeks to upgrade its product, while hewing to high quality standards. The dealer network has expanded, parts are available, there is increasing rider satisfaction with the brand and a range of clothing and lifestyle accessories are available to complement the strikingly designed motorcycles.

Remember the classic slogan, “Win on Sunday, sell on Monday?” Not too long after Indian re-started, the brand put a factory racing team together, and, in 2017, began contesting the Grand National flat track series. Indian won the American Flat Track Twins Championship the first year and has dominated the series since then. The flat track racing effort has provided invaluable publicity and has grown the brand in the eyes of younger riders. Indian’s flat track prowess led to a public clamor for a street version of the flat track bike, which has culminated in the popular FTR 1200.

According to recent articles by the Motley Fool investment website and Forbes magazine, Indian is doing well financially as well as on the racetrack. Motley Fool stated that, despite the current softness in the American motorcycle market, Polaris’ motorcycle segment (Indian and the Slingshot three-wheeler, Polaris has discontinued its Victory brand) sales grew 15% to $197 million. Motorcycle gross profit grew $2 million to $27 million, as higher volumes mostly offset the impact of the tariffs recently imposed by European companies. Motley Fool also reported that Polaris ramped up production of the FTR 1200 for the third quarter of 2019 and said “it is preparing to steal even more market share with it.”

“We worked diligently to overcome the impacts of tariffs, a very wet spring and an aggressive promotional environment, delivering financial results slightly favorable to expectations but trailing our long-term performance goals,” said Polaris CEO Scott Wine in a statement. He added that Polaris gained market share in the motorcycle and boat segments.

Not only is Indian not content to build the same old bikes, it is not content to market them in the same old ways. Indian often loans new bikes to celebrities and internet influencers, feeling that the blogs and videos produced by well-known people will spark much more interest than conventional advertising. Contests and giveaways are currently very popular, and Indian has timed a contest, with a new Indian as first prize, to coincide with the launch of each of its new models. The current contest is the “Challenge Everything Giveaway” with first prize being an all-expense paid trip for two to ride Indian Challengers on one of the five greatest touring routes in America.

A dealer-boosting initiative is the recent launch of the Indian Motorcycle Riders Group (IMRG), a factory-sponsored community of owners, riders, passengers and non-owners who want to ride and be affiliated with Indian owners. The IMRG is designed to serve Indian owners while binding them to the brand and to their local dealership.

Many riders, especially millennials, are interested in motorcycles, but are unwilling or unable to make a commitment to buy a motorcycle at the present time. To serve these people, Indian has started a rental program through the factory website. Participating dealers are provided with a rental fleet and training on how to manage it. Studies have shown that people who have a good rental experience often go on to buy a similar motorcycle from a local dealer.

Above all, Indian believes that its customers are worthy individuals, who deserve the best in ride quality and customer service.

“We know our motorcycle customers to be highly discerning, knowledgeable about our brand and deeply invested in Indian’s heritage and rich history of innovation, quality and craftsmanship,” Pippin added.