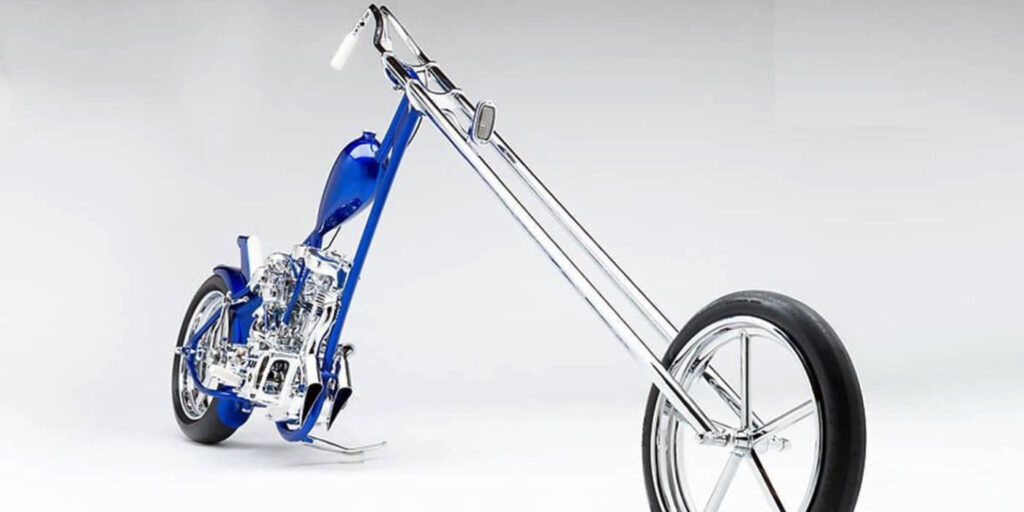 Oftentimes with custom motorcycles and vehicles in general, there’s more than meets the eye. A quick glance or a view from afar don’t tell the whole story or allow you to see many intricate details you see when you take a closer look. For example, Hawke Lawshe’s 1981 Harley-Davidson chopper that we got to see at Mama Tried.

From a distance, it may seem like a regular chopper with an extremely extended fork, but there’s definitely more to the bike than it’s cartoonish appearance. That being said, the stature of the motorcycle is definitely something worth commendation.

Lawshe is the owner of Vintage Technologies, a small business where he builds one-off motorcycles for customers. Years of Harley-Davidson projects have led him to becoming an expert in the field and has allowed him to build some remarkable motorcycles.

“The bike is called Azureous and the stem of the name is derived from the Latin word for blue, essentially,” Lawshe told us. “I knew I wanted to build a blue bike and something that was kind of exotic and large. One of the main inspirations was having a running cutaway engine where you can see all the components moving, like a live, organic version of a turn-crank machine you’d mess with in shop class. I originally wanted to do more of an exhibition-type thing and house it in a large display case but then that’s where the rest of the bike got started.”

“A lot of the cam chest was completely cutaway, along with the oil system and the cooling system. I wanted to get to the pure, bare essentials of it and what we have is an ’81 Bagger that has taken a severe diet.”

‘Bare essentials’ couldn’t be more accurate, as the automatic clutch components are exposed and there’s no pedals or levers on the entire bike.

“There’s just a little electric brake and trailer-type magnetic coupler that comes in at over half shoe,” Lawshe says. “There’s a small electric modular in the seat pan area that cuts the voltage down to a desirable length, so it doesn’t just lock the brake up.

“The centrifugal clutch allows us to get it gas so when you put the thing in gear, it doesn’t go until you goose the throttle. So there’s a little lockout for the kick-start operation on the mechanical clutch.

“The transmission is moved up and forward and it’s a single-spar frame. We knife edged all the tubing on the forks and the 17″ Invaders, and there’s air in the spokes of the wheels. We went with that for sort of frail, minimalistic design.”

Part of the reason for this particular build was to showcase a parts line that Lawshe is working on, branded as Pure Choppers. The line will focus on giving builders parts that are the ‘pure essentials,’ which are basically parts that are reverse-engineered and grinded by Lawshe to show the core of the engine. By cutting all the cylinder heads and other non-essential pieces away, you can more clearly see the combustion chamber and cylinder wall.

“I eat and breathe Harley-Davidson so it’s really fun to build bikes like this,” he says. “I want everyone to enjoy it.” 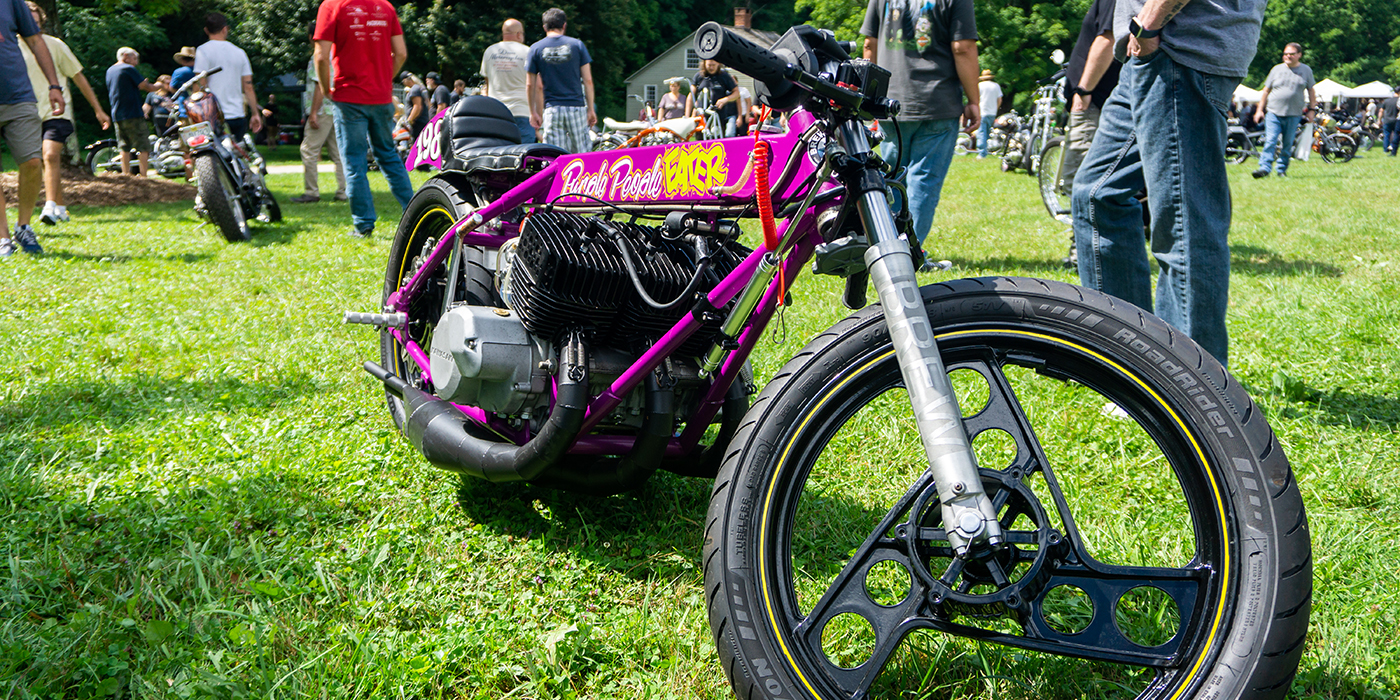