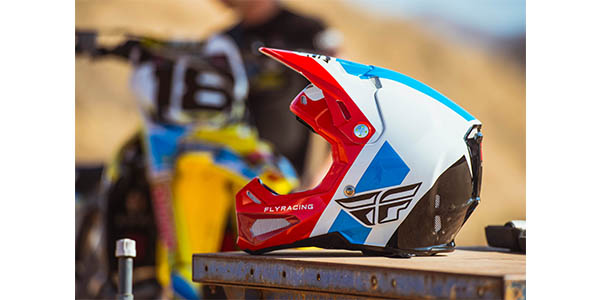 Shoemaker said that the past three years have been good for the company, as they’ve gone against the overall industry trend and increased sales every year for the past three. This year looks to be more of the same.

For the past few years, we have been reporting that Western Power Sports (WPS) has been getting the holeshot and staying on the gas with a wide array of new product introductions, the addition of well-regarded lines such as Scorpion Exo, Rekluse and Alpine Stars, to name a few, and overall market growth as evidenced by their annual sales awards and year-over-year sale increases. Let’s not forget one of their boldest moves in recent memory: becoming the official and exclusive Powersports Parts & Accessories Distributor for Monster Energy Supercross, which is the most competitive and highest-profile motorcycle racing championship in the world.

Heading into 2019, the story has a familiar ring but like a good song, it just keeps getting better. In early January, we headed off to Boise, ID, for the company’s National Sales Meeting that was held downtown at the Boise Center. The city seems to be a fitting location for WPS’ annual meeting, since the company is almost as underrated as the city itself. We have been told by numerous Idahoans not to spread the word about their amazing state and its vibrant outdoors and city life. So we won’t mention it because we want to keep going back.

WPS is owned by President and CEO Craig Shoemaker and his wife Deanna. Before that it was owned by Mrs. Shoemaker’s parents. They don’t have to be public about much unless they want to, and to their credit, they want to share it with us and our readers. We sat down with Craig Shoemaker at the show and spoke about several topics but the following are the only ones he let us put in print.

Shoemaker said that the past three years have been good for the company, as they’ve gone against the overall industry trend and increased sales every year for the past three. This year looks to be more of the same.

“We’re all ready to say that 2019 is starting out great,” Shoemaker said. “Because we’re not just a week into it, we’re three months and a week into it. So far, our year is going great. It was great in ’18, and it was great in ’17, and looking great now. I mean double-digit growth. We’ll take that.”

WPS has many things going for it to start the year including adding more warehouse space in California and Boise, as well as a big step into Supercross sponsorship. But it all comes down to serving their customers better, Shoemaker said. Being about service to the dealers is clearly the company’s main priority as Shoemaker had a lot to say about the growth of their warehouses and plans for automation. Similar to a racer, WPS continues to look for ways to get to the next level, and by the looks of things, they are doing pretty well and finding them.

“We have a lot of things taking place that takes a year or two to get going,” Shoemaker said. “Some of these will be showing up now in ’19 so that we can appreciate it later in the year and into 2020. Some of that is our infrastructure — we’re always working on it.”

At the end of the 2018 calendar year, Shoemaker said they finally were able to get permission from the fire marshal to move into their new 80,000-square-foot warehouse in California. WPS can now carry 25-30 percent of the overstock, which takes some pressure off of Boise and other locations.

“We had to either cross ship it or transfer it,” he added. “That cost money because you’re handling it more often. It’s better to have more turns from your vendors, but you can’t always count on that, so you have to carry that inventory. Having that 80,000 square feet makes it easier on Texas and Boise. The California market and the surrounding areas will now have deeper inventories.”

The company’s 2018 sales celebration, the annual awards dinner at the Boise Center, went on into the night but was admittedly condensed due to people flying out in the morning for Supercross. We tried to keep count of all the awards and lost track after a while. However, there were hundreds of sales awards handed out for the hard work put in by the road reps and in-house sales staff.

Shoemaker is like a coach and a quarterback rolled into one. He can recite stories about the sales reps and some of their challenges. He adds a personal touch to just about every one of the awards and takes a photo with each recipient. He also likes to honor the unsung heroes of the company including one for Outstanding Service to Kelly Byington, who is the director of warehouse operations. Byington was called in to do some extra duty on other warehouses to get them up to speed with the main headquarters in Boise. According to Shoemaker, it’s people like Byington who make WPS what it is today. 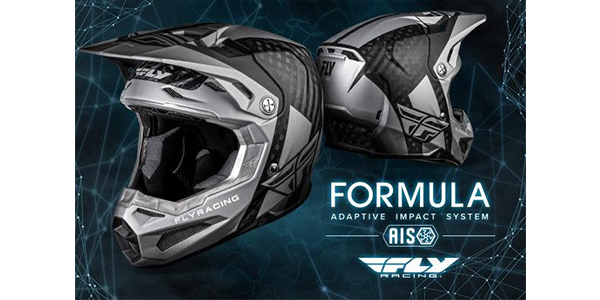 Looking to the future, FLY Racing launched a new groundbreaking off-road helmet a few weeks after the NSM in Boise. FLY assembled the media at K1 Karting in Carlsbad a day before the San Diego Supercross event to show off the new lid and explain the technology behind it.

“We’re really excited about it,” said Terry Baisley, who came up with the FLY Racing brand in the first place. “Technology’s changing so much in bikes, tracks and riders and we think you’re going to see that with this helmet, we’re bringing it now into brain protection, so it’s taking things to the next level that our FLY team has achieved.”

“Craig asked us to basically spare no expense to build this helmet with the best technology available, and we believe
we have done that with a product that rises to the top,” Lathrop said.

The FLY Racing Team and RHEON labs worked in collaboration to develop a new philosophy for helmet design. They call it an “inside-out” philosophy that addresses modern safety needs with new technology that incorporates a layered approach. The Formula helmet can adapt to different types of impacts in what FLY calls an Adaptive Impact System.

“Basically what it does is it adapts to different types of impact speeds,” Lathrop said. “So if something hits it really fast, it’s going to react to that a little bit differently than a slow speed impact. It’s really important that we address both ends of the spectrum.”

The Impact Energy Cells enhanced by RHEON that FLY employs were invented by Dr. Dan Plant out of the University of London. He worked with the design team to come up with the exact science behind the cells that are used inside the Formula.

Of the several layers of protection, the first layer is the RHEON energy cell that has a maze-type structure to it.

“The maze structure is a pretty unstable surface,” Lathrop said. “So you can see the squiggly line effect actually has a wall to it so that the surface is able to flex when impacted, depending on which direction, to allow the rotation effect to occur.”

Each layer of the AIS from RHEON enhanced Energy Cells to the Conehead multi-density EPS liner, and the 12k carbon fiber shell was carefully fine-tuned with the help of Dr. Plant and his team in the UK.

Dr. Plant produced a new helmet testing system specifically designed for real-world impacts. The program was initially funded by the government in the UK because he felt that the current testing standards were outdated.

He goes on to explain that with the current standard tests, like ECE and DOT, haven’t changed for a decade. You can only test linear impacts and you’re limited to isolated headforms.”

According to Dr. Plant, they came up with a test that could mimic how a rider actually falls off the bike. “Our research has allowed us not only to understand and improve helmet testing, but has also given us insight into what it happening inside the head, in your brain.”

“After all, what we’re really interested in is protecting your head and your brain as you fall off,” Plant added.

The Formula helmet with the Impact Energy Cells enhanced by RHEON can absorb 40 percent more energy than a traditional helmet design.

Tested under these rigorous scientific standards that replicate real-world conditions, the Formula out-ranked all the other helmets tested in both high-velocity impact crashes as well as forces created by rotational and low-speed impacts. Baisley said that they bought and tested all of the top, premium helmets available and measured them against the Formula.

With FLY Racing and WPS staying on the gas, dealers can get the holeshot with the new Formula helmet for the 2019 season. We got to test it out on the indoor karting track. We didn’t bruise anything except our egos. We couldn’t blame the helmet for our lack of speed, but that is another story.

WPS Stays On The Gas in Boise and California