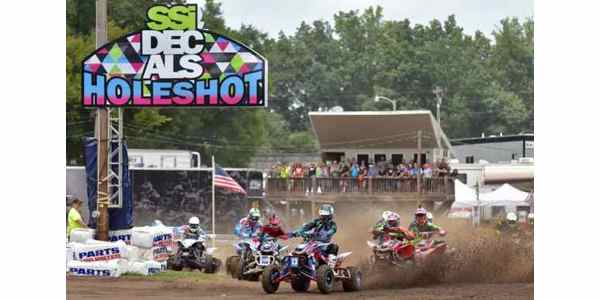 The longest running ATV series continues to have a whole host of companies behind it, that all fully support America’s most prestigious ATV Motocross National Championship.

Wiseco was recently announced as the new title sponsor along with the unveiling of the brand-new series logo. Amplified Wiseco signage will be highly visible at each event, along with live streaming and cable television commercials. The Wiseco brand has been involved in racing for many years, and ATVMX is excited to have them onboard as the title sponsor for the upcoming season.

AMSOIL is one of the longest standing ATVMX sponsors. AMSOIL has racers covered long before they make it to each event with their car and truck engine oil. Once arriving at the track racers can be assured that their quads will run smoothly with use of AMSOIL products.

Maxxis Tires will continue to provide exceptional customer service with trackside activation at each round. With friendly representatives and an immense selection of products available, Maxxis remains the go-to for trackside service.

The 11-round ATVMX series kicks off Tuesday, March 14, at the historic Daytona International Speedway in Daytona Beach, Florida with the Third Annual FLY Racing ATVSX. After the season opener, the series will continue with the traditional motocross format and conclude on Saturday, August 12 at the Loretta Lynn Ranch in Hurricane Mills, Tennessee.