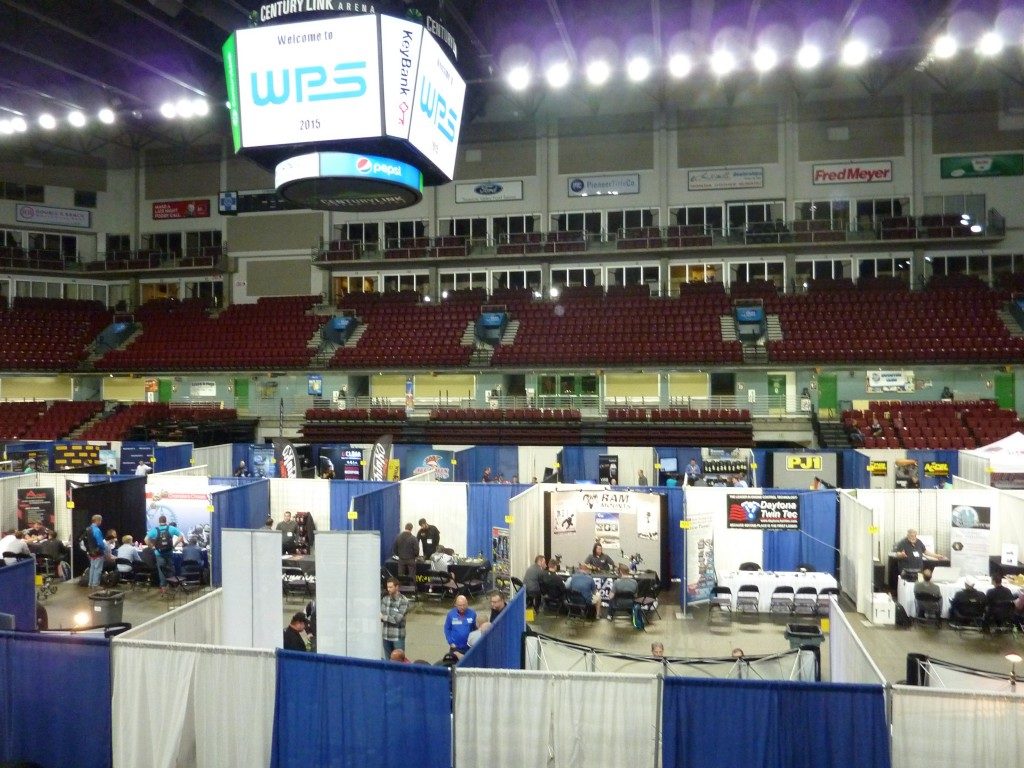 Many companies can claim to treat their employees like family. Others proclaim their passion for the powersports industry or their ability to do things better than the competition. However, at some point it all starts coming across as contrived – or at least a well polished script. That is not the case with Western Power Sports (WPS). Fathers, sons, brothers, husbands and wives – one look at the company history or the current employee roster reveals a lot of the same last names for the Boise, Idaho-based distributor. This “family business” company culture is even spelled out in the employment form with the simple, yet fundamental, principle WPS operates on: “Work Hard, Play Hard!”

Western Power Sports (WPS) started in 1960 as a Polaris snowmobile distributor and later focused on aftermarket parts. The company has been on a successful trajectory ever since it bought out Sierra Motorcycle Products in 1968. (Top photo) Marshall Distributing began selling snowmobile windshields around the same year as WPS started, and in 2014 the two distributors agreed to merge.

Bob Siebler almost tears up when he talks about how blessed he is to be working at Western Power Sports. Drafted into hosting an impromptu tour of the WPS headquarters when sales rep David Benson and I took a break from the national sales meeting, industry veteran Siebler didn’t need a script to work from – he is living the WPS dream. From tech support to warehouse operations and facility management, Siebler knows the building in Boise as well as anyone and he is genuinely proud to show it off to a couple of magazine guys even though it is long past quitting time.

He shows us the 258,000 sq.ft. facility from the old racking in the original part of the building, to the fully equipped workout facility, break room (complete with ping pong tables) to the lunchroom (Siebler notes CEO Craig Shoemaker even buys the employees breakfast)… not to mention the groomed motocross track outside. Play Hard, indeed! 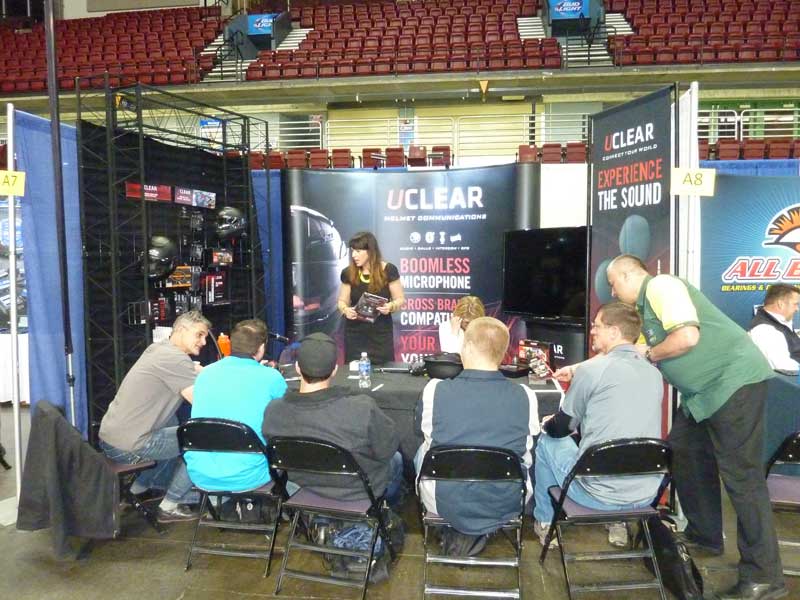 But Bob wants to make sure we understand the hard work that is done here. He proudly shows off the massive 85,000 sq.ft. add-on wing that more than doubled the number of shipping bays. “If an order comes in before 3 p.m., we can pull it and ship by 5 p.m. the same day,” Siebler says proudly. That includes awkward items like pallets of UTV tires or drums of lubricants in bulk!

WPS now boasts one-day service to dealers in most major markets and 2-day service to the entire continental United States – even the notoriously remote “U.P.” of Michigan by virtue of the merger with another family run business with its roots in the snow machine business, Marshall Distributing (see sidebar). With five warehouses encompassing nearly 1 million sq.ft. WPS distributes more than 120,000 products to literally thousands of dealerships. “We want to give our dealers the best in service, product and delivery,” says Siebler. 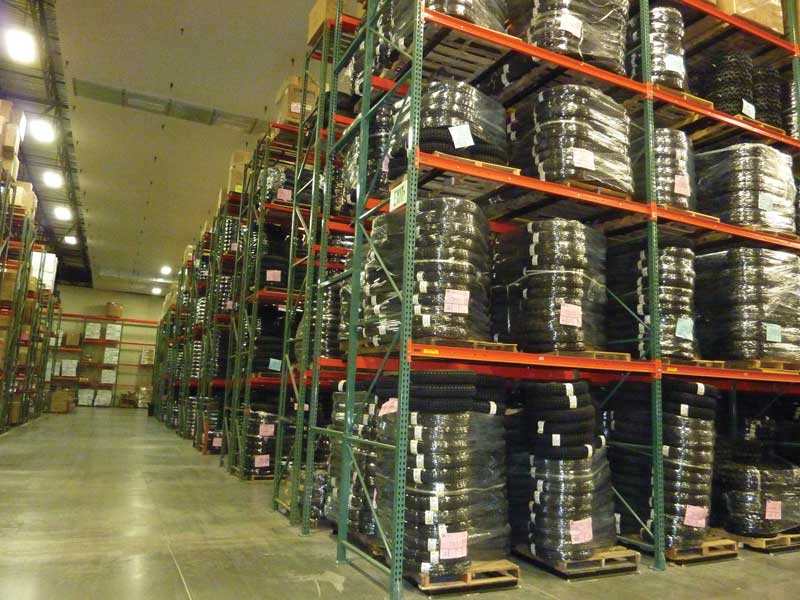 It is hard to classify an operation that has been around 55 years as an “overnight success,” but it is somewhat surprising how many dealers still focus on the “Western” portion of the name and fail to realize the scope of WPS. Since starting

as the first Polaris snowmobile distributor in 1960, establishing its aftermarket operation in 1968 and buying out Sierra Motorcycle Products (a thriving regional distributor in California) to CEO Craig Shoemaker and his wife Deanna buying the company in 2000 and ramping up the number of warehouses to five (rumored to be six very shortly), and increasing the rep force to nearly 150 top-level pros, WPS has been on a successful trajectory spanning six decades. That is anything but overnight!

This success stems from WPS’ expertise with logistics and a “Midas touch” with house brands. From HardDrive and the ubiquitous FLY Racing MX gear line, start-ups like Sedona ATV/UTV tires, taking over as sole U.S. distributor for brands such as Shinko tires or launching into entirely new segments with the Highway 21 apparel line making its debut at the national sales meeting. The product mix and the ability to get it to the dealers reiterates WPS’ mission to have the best service, best products and best delivery. Mission accomplished!

The “Work Hard, Play Hard” philosophy is spelled out on the job application at Western Power Sports: “We like to say ‘we sell fun.’ As one of the fastest-growing wholesale distributors of aftermarket powersports parts, apparel and accessories, we
are a group of enthusiasts that work hard, play just as hard, and sell fun products to a nationwide network of dealers and fellow enthusiasts.”

“Our employees are the most important part of WPS,” says CEO Craig Shoemaker. “From sales and customer service on the front end, to packing and shipping behind the scenes, we are proud of the entire team!” He believes that the way WPS treats its employees is directly reflected in how those employees treat WPS dealers. “We are a family owned company and we treat our employees as members of our extended family.”

This is not just lip service, Shoemaker’s son and VP Terry Baisley’s boy were among the sales reps recognized at the annual sales meeting as the next generation of family that comes on board. In addition to a couple other father-son combos, there are several brothers in the WPS family, such as Phil and Bobby Stumbo and perennial top performing sales reps, the Ewert brothers… seems like Tim or Travis are always among the top performing reps in the company.

The family affair extends to WPS dealers as well. “We want to treat our customers like they are our grandparents,” explains Shoemaker. “Just like our grandparents are always right, our customers are always right and we are always willing to do something for them.”
Back to the WPS job application: Beyond our enthusiasm for the powersports industry, we provide many perks besides easy access to a sportsman’s paradise. Take advantage of a fully groomed motocross track during scheduled company ride days, get in a lunchtime workout session at our state-of-the-art gym facility – complete with half-court basketball court; or, take part in our weekly group mountain bike ride.

What else? Well, in case you haven’t noticed already, we like to have fun around here. We value a casual office atmosphere paired with an intense competitive drive to succeed. We strive to bring our customers the best product, service and delivery in the friendliest, most helpful manner possible – while at the same time having fun and enjoying what we do. Sound like fun? Then join us!

Back in November 2014, WPS and Marshall Distributing agreed to terms. CEOs Craig Shoemaker and Roger Marshall spent weeks negotiating the deal that saw the Cass City, Michigan-based Marshall become part of WPS. According to the announcement, the two distributors had been “friendly competitors” for many years, selling many of the same brands. Although there may have been some behind-the-scenes testing pains, the goal of providing an even higher level of service and delivery to the dealer network was met during the course of 2015.

“We’re excited to continue the long-term relationships the group of fellow enthusiasts at Marshall established throughout the years,” said Craig Shoemaker at the time. “Like WPS, Marshall has a long and rich history in the powersports industry, and throughout their many years created lasting relationships with industry leading brands. Like Marshall, our dealers are not only our customers, but many are like friends and family. I am excited about bringing the two together.”

“The merger of the two companies will benefit our dealer network by providing the same quality service with the added advantage of a broader product line for the dealers to choose from,” added Roger Marshall, who started manufacturing snowmobile windshields 46 years ago, the same year WPS started selling aftermarket snowmobile parts.

Both WPS and Marshall emphasized that it would be business as usual for the dealers. Marshall continues to fill daily orders from its Michigan and New York warehouses, while inside sales, customer service and tech support staff stayed in place at its Michigan HQ. The integration of Marshall’s outside sales force and the existing WPS sales group was being finalized at the time of the sales meeting to ultimately create one big, happy family!

Wild Ass Offers Challenge During COVID-19
Connect with us