There’s a lot going on at Iron Horse Motorcycles. People are looking at bikes for sale, phones are ringing, the parts counter is busy and riders are leaving their bikes for service. It’s a pleasant, steady buzz, not a high-pressure frenzy, and while that energy vibe is partly due to southern hospitality and a location-based motorhead mentality, it also comes straight from the top. 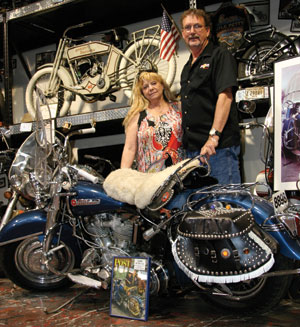 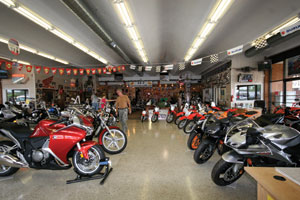 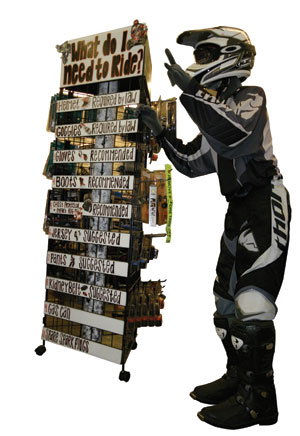 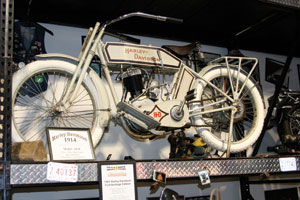 There’s a lot going on at Iron Horse Motorcycles. People are looking at bikes for sale, phones are ringing, the parts counter is busy and riders are leaving their bikes for service. It’s a pleasant, steady buzz, not a high-pressure frenzy, and while that energy vibe is partly due to southern hospitality and a location-based motorhead mentality, it also comes straight from the top.

Owner Mike Heafner is constantly on the move, and he’s totally hands-on where his business is concerned. Buying, selling, getting parts, giving advice, telling jokes, planning trips — his multi-tasking ability is admirable, and he seems to get things done in a friendly but efficient manner. Judging from Heafner’s decades in motorcycling, the variety of his two-wheeled interests and his all-encompassing zeal for the topic at hand, there’s no question he’s the right guy in the right place — and happy to be there.

Mike bought the shop from the original owner, Bill Sherrin. When Sherrin started the franchise in 1964, it was one of the first Honda dealerships in the United States. Heafner said he got into the motorcycle business because “we were tearing up so many parts motocross racing. We thought this would be a perfect way to get cheap parts and boy, were we wrong!” That was in the ’70s, and today the shop has expanded to handle sales, service and parts, but it’s still a family business.

“It works because it’s a family operation and because we all ride,” said Heafner. “If you don’t ride a motorcycle, you don’t work here.” His two brothers, sister, wife, sister-in-law and father all work at the shop. “Practically everybody in our immediate family works here or has worked here over the last 30 years,” he added.

The shop has an upbeat atmosphere, and Heafner sees that as a unique aspect of the motorcycle industry. “When you buy a motorcycle, it’s something you buy with discretionary cash, so it’s unlike any other business. People are happy when they come in, and even happier when they leave.”

What’s the secret of Iron Horse’s success? “It’s real simple, the oldest advice in the book,” said Heafner. “Make the customer happy before, during and after the sale — especially after. People like to be remembered.”

Keeping the activity level high is important, too, to keep traffic up. “Every Saturday in the spring, summer and fall, we have a minimum of one event going on and at least two poker runs per month,” he said. The shop sponsors occasional parts swaps in its parking lot where people are encouraged to bring in their extra parts to sell or trade. Events benefit a variety of causes that address individuals and charitable needs, but the prime charity at Iron Horse is Hometown Heroes, an organization of about 200 bikers that raises funds all year to care for 22 kids in the county who are fighting cancer. The organization is in its 12th year, and they meet monthly at Iron Horse (Hometownheroesonline.org).

In addition to bike and parts sales, about half the service work at Iron Horse is Honda- and Polaris-oriented, the other half is Harley-Davidson. Heafner emphasizes that his eight mechanics can do anything, from an oil change to a complete engine overhaul. The shop’s service area houses a Dyno and full machine shop. “We do antique restorations, but we don’t advertise it because it takes a lot of time,” he added.

Antique bikes have a special place at Iron Horse — literally. To the right of the parts and accessories showroom you’ll find Heafner’s collection of more than 50 antique motorcycles displayed for all to see. The collection includes a 1901 Thomas Auto-Bi, a 1914 Harley-Davidson and a 1916 Powerplus Indian to name a few. “I like bikes from the 1920s and 1930s, anything from 1936 and earlier, anything old and odd,” said Heafner.

Several antique bike restorations are ongoing, and even more are planned. “We’re building a KR replica from a 1954 K Model in the next year. We’re also building a replica of a 1938 Harley-Davidson that won Daytona,” he said.

What else makes Iron Horse tick? “A year ago we started doing a motorcycle awareness and information radio program. It started at 15 minutes, went to 45, and we just got signed on to an hour spot,” said Heafner. “We give race results, local and national events, safety, product evaluations, and we invite guests like Bobby Allison and Harry Gant. (This is NASCAR country, you know.) If it’s got to do with motorcycling, we cover it.” The show airs on 1190 AM WIXE several times a week as well as online.

“There’s a saying that you never see a motorcycle parked outside a psychiatrists office, but that’s untrue,” explained Heafner. “Because we’ve had customers who were psychiatrists, and they send people to us to buy motorcycles — to get their therapy that way!”

Don’t tell those psychiatrists that they’re losing customers — because Iron Horse is gaining them.