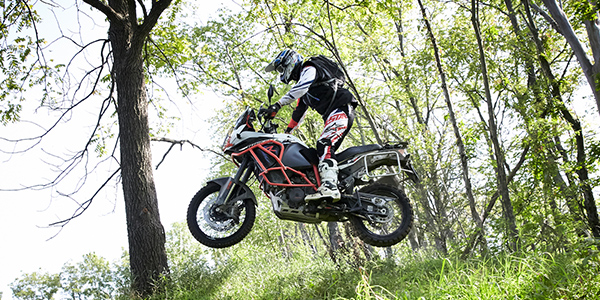 Supported by Touratech USA, Collected Threads has launched its five-part web video series documenting the trip and highlighting the beauty, adventure, culture and people along the way.

The trip from Panama to California is 10,000 miles. A solo effort was undertaken by filmmaker and Collected Threads owner Jessy T. Szynal earlier this year. Supported by Touratech USA, the Seattle-based adventure motorcycle accessory company, Collected Threads has launched its five-part web video series documenting the trip and highlighting the beauty, adventure, culture and people along the way.

Szynal will present a cinematic view of rugged landscapes, active volcanoes and untouched coastlines, among some of the many highlights of the trip.

“Touratech couldn’t wait to work on this project with Jesse,” said Touratech USA Marketing and Events Manager Matt Lewis. “He brings amazing talent and energy and a new voice to ADV motorcycle touring. This series is really cool.”

The first part of the series has been launched on the Collected Threads and Touratech’s YouTube and Facebook channels. Each episode will be posted on Wednesdays into October.

“I want to combine my passion for filmmaking and adventure motorcycling to show the world Central America is, in fact, a superb travel destination,” Szynal said. “It doesn’t always get the attention it deserves and hopefully this series will change minds.”

Touratech’s European Division will be at INTERMOT this year in Hall 6.1, stand C020/D021.