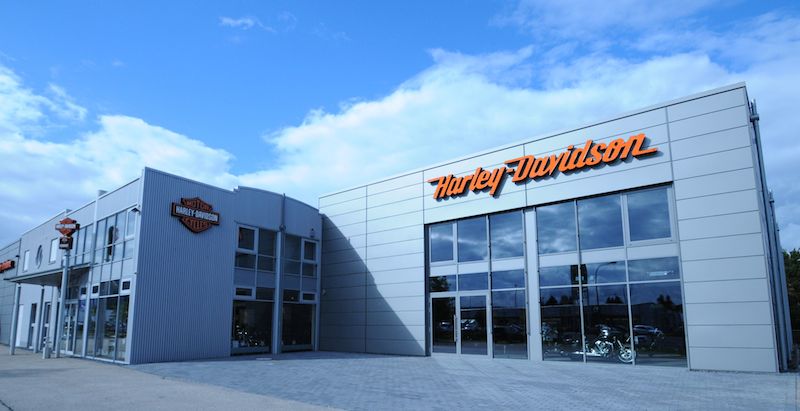 Towns often become established around points of commerce such as a general store or petrol station. But a Harley-Davidson dealership? That’s a far less common basis. Yet in the town of Konz in the southwest part of Germany, the presence of Tough Stuff Harley-Davidson started a trend that developed into a commercial center, helping the entire area prosper.

[dropcap]T[/dropcap]owns often become established around points of commerce such as a general store or petrol station. But a Harley-Davidson dealership? That’s a far less common basis. Yet in the town of Konz in the southwest part of Germany, the presence of Tough Stuff Harley-Davidson started a trend that developed into a commercial center, helping the entire area prosper.

Konz is located on the Moselle River, south of Cologne and close to the Luxembourg border. It’s a few short kilometers from Trier, a Roman town that contains several strikingly well-preserved historical structures, such as the ancient Roman gate of Porta Nigra, built around 200 AD. It feels entirely appropriate that Tough Stuff H-D serves both Konz and Trier with an unmatched standard of quality, the kind such historic roots demands.

“My dealership is what it is because of my people, their personalies and their belief in my vision, dedication to quality, reliability and service,” said Hans Lautem, founder and owner of Tough Stuff. An admirable leader who properly recognizes the contributions of his team, Lautem, who is not a fan of the limelight, spent 27 years growing the business from scratch.

Tough Stuff Parts & Accessories for Harley-Davidson started officially in 1989. The independent aftermarket shop did service, repair, engine work and smaller custom projects. Back then a fair number of Panheads and Shovelheads were imported into Germany from the U.S. – seldom in the best of condition. These bikes required a lot of work. Said Lautem, “During the late ‘80s the Evolution virtually took off and since the popularity of the H-D brand grew faster than the dealer network even more work was out there.”

In an effort to become an official H-D dealer, Tough Stuff started applying to The Motor Company in 1991. Finally, at the end of 1998, Tough Stuff Harley-Davidson opened its small, but new, dealership. They started with only two people, then a third person joined the team. During the first 10 years the staff grew to 14. Many of them started very young, with an apprenticeship. More importantly, most of them still work for the dealership. 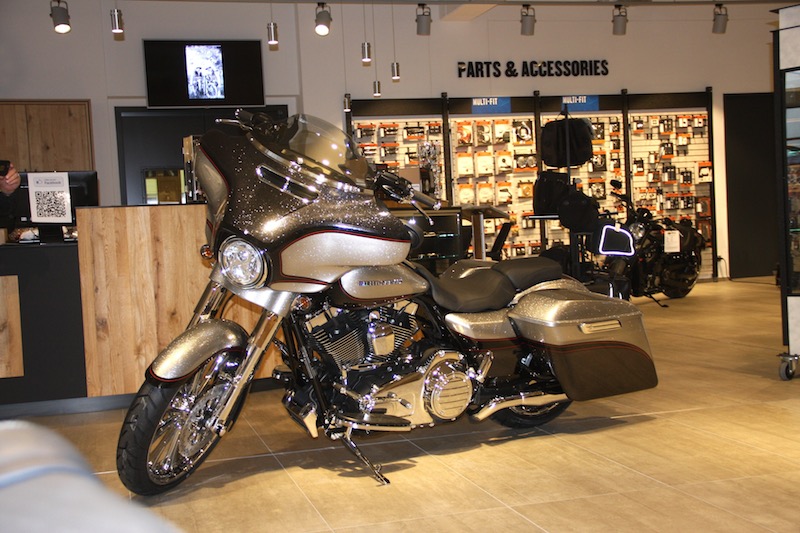 The next 10 years brought a wave of custom trends with all kinds of challenges and opportunities. One of the recurring trends: “Customers wanted wider and wider tires on Softails and V-Rods,” said Lautem. “That was requested a lot!”

Performance work has been a hallmark at Tough Stuff, even from its days as an independent shop, and that reputation stands today. They receive superb reviews of their service and professional staff. Many long time customers won’t shop anywhere else and it not unusual for a bike owner to ride 200 kilometers (125 miles) just to have their bike serviced at Tough Stuff.

But performance demands have changed over the years. The bikes available today have many more features and much more power in stock form. But, he added, “Thank god, for a certain percentage of customers there is never enough horsepower, and that will keep us busy for a while.”

Such strong customer loyalty also comes from the attitude of the staff toward customers.  As Lautem explained, “During the years of rapid growth of Harley-Davidson, many ‘new’ customers joined the family. Our little crew here always accepted that fact and welcomed everybody who walked in the door the same friendly way. For us, there is no ‘typical’ Harley Rider. Those days are over.”

That said, the team recognizes the challenges present among a more experience-diverse customer base. Some riders have a basic knowledge, some much more, some none at all. Yet the shop’s staff must be responsive to each customer’s needs. As Lautem describes it, the situation requires that employees act as guides whose job it is to evaluate what the customer really needs, then take them to it. They quickly learned that having more demo bikes available helped determine which model best fit each rider’s desires and skills, a decision that resulted in more sales and happy customers. 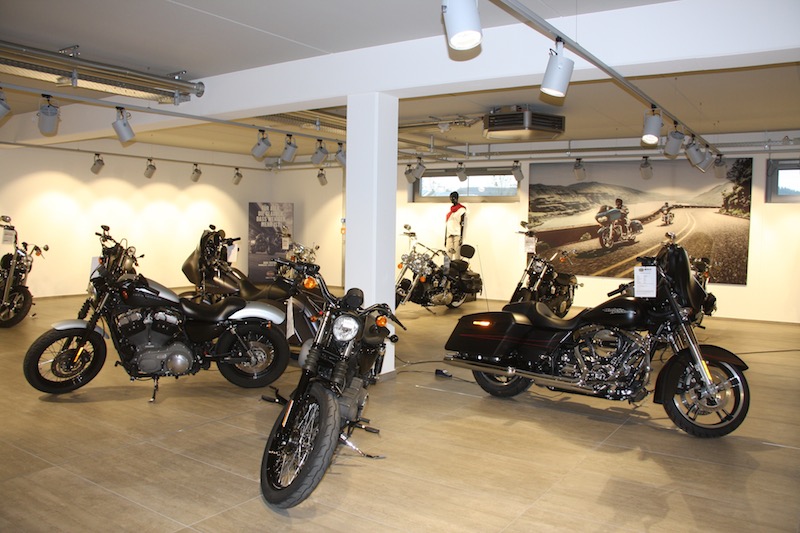 After 16 years and stellar growth, Tough Stuff had exceeded the capacity of the original building so an addition was in order. Since the new store opened in September 2015 there is plenty of space for a large selection of new and used motorcycles, MotorClothes, equipment, parts and accessories. The old showroom is used as the entrance to the refurbished and expanded service area.

The new addition is modern, open and filled with natural light; a very comfortable space. Customers are welcome to have coffee and make themselves at home. The Tough Stuff team is surprised how much customers like the “new ambiance.” It has become even more of a destination than
it was before.

Weathering the ups and downs of running a business takes ingenuity, flexibility and prudence; it’s not for people who give anything less than a wholehearted effort. Said Lautem, “One thing is pretty sure for our crew here: the enthusiasm is out there. The customer wants quality, function, style and especially value. We continue to serve our customers and put a smile on their face with more effort and honest advice than ever.”

It’s a formula as solid as the ancient gates of Roman times. And clearly, it’s successful.