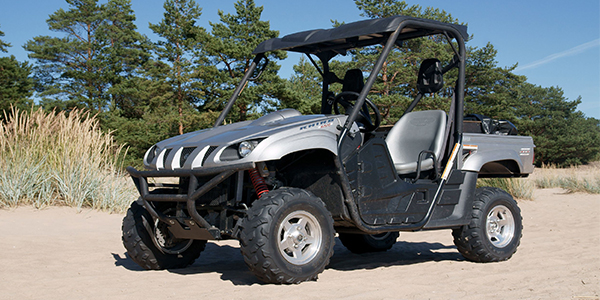 As the market for UTVs continues its upward trend, so does the number of aftermarket companies who cater to this segment. Early UTVs such as the John Deere Gator, Kawasaki Mule and Polaris Ranger were primarily used for work whether it was for a construction company or farmer.

As the market for UTVs continues its upward trend, so does the number of aftermarket companies who cater to this segment. Early UTVs such as the John Deere Gator, Kawasaki Mule and Polaris Ranger were primarily used for work whether it was for a construction company or farmer. But according to a recent SEMA report about the market, utility-focused vehicles from the early 2000s set the table for the market today.

While utility vehicles still sell in bigger numbers than ROVs (recreational off-road vehicles) by a significant margin, consumers are now seeing the benefits for recreation and the market is responding, according to SEMA’s report.

The Yamaha Rhino, which was introduced in 2004, was a breakthrough vehicle for consumers and manufacturers alike. It was the first UTV classified as a recreational as well as a utility vehicle, and off-road enthusiasts ate it up and wanted more.

Rick Sosebee, a contributor to many ATV/SxS publications, said most people used the term “Golf Cart on Steroids,” for early ROVs, which manufacturers didn’t care for so they started looking at building a better performing side-by-side (SxS) vehicle, which was the Yamaha Rhino. “This seemed to be a turning point for the SxS industry,” said Sosebee, “and it was powered by a 660cc gas engine that became the newest performer for enthusiasts everywhere.” 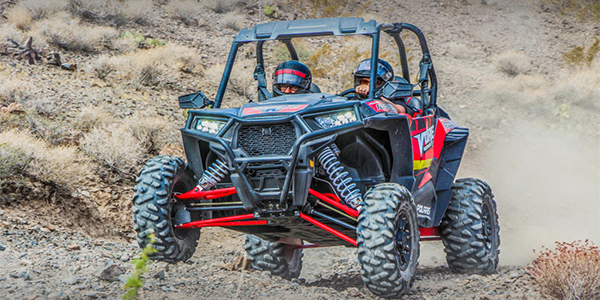 When Polaris introduced the RZR in 2007, the sport UTV market was born and crowned it the king of the hill. On the west coast where sandrails costing thousands of dollars were the ultimate off-road toy, suddenly it was the RZR that swooped in under the radar to replace it.

“If you went to any major off-road show even five years ago, everything was a race-spec sandrail,” Matt Emery, editor of Dirt Sports & Off-Road magazine, told SEMA. “Those huge machines cost sometimes hundreds of thousands of dollars and were purpose-built to race with massive Chevy LS motors. Now what you see at shows has completely switched over to UTVs. The market has shifted—and it has done so dramatically and quickly.”

With the current iteration of sport side-by-sides boosting the horsepower through the use of turbos, the need for stronger parts and performance work has increased. Companies like BRP that have been involved on the snowmobile side for many years are bringing over technology used on their sleds to increase power and performance, for example. Other companies that are reaping rewards on the aftermarket side are supplying everything from tires and turbos to stereo equipment.

Today’s SxS customer is willing to spend money on an ROV because it is used by the whole family and not just one rider.

Ron Seidner of Bert’s Mega Mall told SEMA that what is driving their UTV business today is the customers who want a custom ride, not just stock OEM.  He says that some of these custom creations are very simple add-ons, while others are much more involved. Some go with aftermarket seats and belts and other go further with new paint to bigger wheels and tires. He says that keeping the purchase and installation in-house has added to the bottom line.

According to Dennis Kirk’s blog, UTV specific tires are starting to take off. “We are seeing more new [tires] than ever before. Riders can either choose skins that are extremely specific to the type of terrain that they ride or they can choose from the bevy of all-terrain/intermediate tires that are now out there. Because this is a relatively new realm, there aren’t a ton of cult favorites with crazy followings that we can see in the ATV world, but there are certainly some options that are impressing riders right out of the gate.” 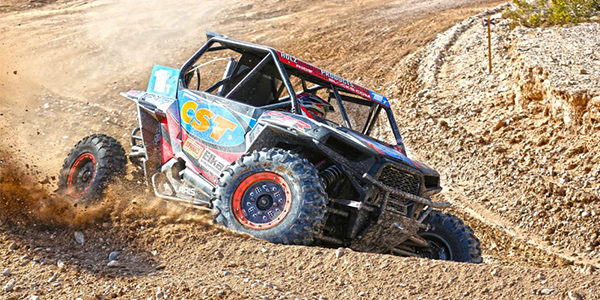 CST Tires offers a full line of UTV specific tires to meet the demands of customers that want durability and performance.

Today’s UTVs require a different tire than what was available up until recently. UTV owners that had been repurposing ATV tires are now looking for the next level tire that can handle the big horsepower and weight of one of these modern units.

With the latest numbers from the industry showing that UTVs are trending up, manufacturers of aftermarket products are looking to jump on the bandwagon and meet the demand for quality parts.