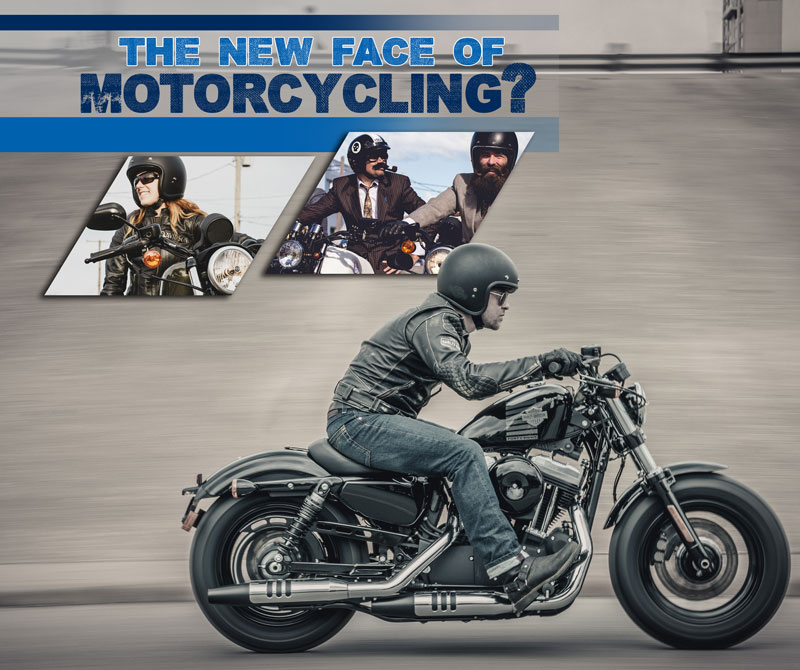 If you have to ask what a Millennial is, you may not understand how much of your future business is going to be dramatically impacted by those currently between the ages of 16 and 30.

[dropcap]R[/dropcap]emember the old Harley ad campaign that claimed if you had to ask, you probably wouldn’t understand? If you have to ask what a Millennial is, you may not understand how much of your future business is going to be dramatically impacted by those currently between the ages of 16 and 30. “Here’s the deal… if you are a Baby Boomer or a Gen Xer you’ve already realized that Millennials don’t think like we do,” says ITR Economics President Brian Beaulieu. “They are just wired differently.” 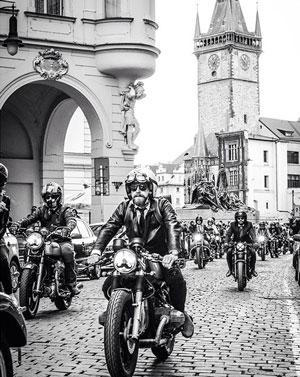 He is not talking about the propensity for facial hair and flannels, but a fundamental and far reaching generational gap. Beaulieu addressed this topic at the 17th Annual Motorcycle Industry Council Communications Symposium and he wrote the book on the topic of successfully marketing to the Millennials: Prosperity In The Age Of Decline. He posits that the Boomers and a relatively stable U.S. economy will keep us holding our own in 2016-2018, then the tide will turn! “My advice is to retire in 2018 if you don’t want to go through another recession,” he quips.

For those of us who don’t have the luxury of an exit strategy in 2018, the time is now to figure out how to reach this generation of consumers. “Millennials are increasingly part of the workforce,” notes Beaulieu. “Millennials are going to comprise 49% of the work force come 2020. I spent the past year trying to figure out the Millennials from an economic perspective because they are going to have a very real impact on our lives.”

Beaulieu believes “If you and I don’t adapt to that different wiring, then we’re going to have a hard time keeping them employed… and we have to keep them employed to keep them buying our stuff!” Sounds like the proverbial Catch-22, he admits. “Understand that they came into the work environment believing in this work/life balance crap!

“When you and I were in our 20s, we worked whatever hours it took to make our career work… they aren’t into that! They want a balance from the get-go, and if employers don’t help them achieve that balance they are out of the workplace!” You also need to stroke their egos… “This is the generation we gave a trophy to for showing up to practice… you need to say to them ‘you are breathtakingly adequate’ periodically. Don’t lie to them, but you still have to stroke their egos.” (How to hire and retain Millennials sounds like a topic for one of Alex Baylon’s Personnel Files columns).

“They want to work 40 hours a week, but they don’t necessarily want to work 9-5 either. If you are running a service department it will also be difficult to accommodate them because Millennials also like to work in their pajamas… or their underwear,” says Beaulieu only half-jokingly. “The good news is that motorcycles are not transportation, they are entertainment and Millennials will spend money for experiences and entertainment… student loans and housing, not so much.” Providing employers can adjust their wiring to accommodate the Millennial mindset, how can you get them to part with some of their “entertainment” budget? 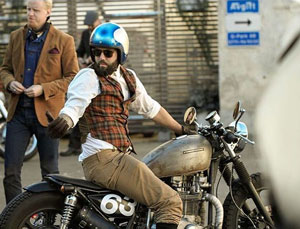 “Our Millennial audience expects a certain quality,” claims Condé Nast Entertainment President Dawn Ostroff. The media giant’s strategy is to pursue “cultured Millennials” in an attempt to access ad dollars. “Or as we like to say, the ones with jobs.” Ostroff notes the female Millennial is more “Mexico meets Tulum… not Cancún” and for the male counterpart, “drinks with friends involves craft beer… not a keg.”

Corporate America, as illustrated by the Condé Nast strategy, is also echoed by the OEMs in our industry… at least some of them! BMW hired MIC’s in-house Millennial Mark Buche about the same time as they partnered up with Roland Sands to release “cool” products for the  R nineT – definitely a deviation from the old BMW playbook! BMW Motorrad is not the only OEM turning to Sands for help in broadening its appeal as Yamaha and most recently Indian with its Hooligan Scout dirt trackers, have also hit up the racer turned designer as arbiter of what’s “cool.”

Embracing the aftermarket is one approach, but Harley-Davidson is still attempting to capture the next generation on its own. Having spent decades building an iconic motorcycle brand, Harley-Davidson has focused on bridging the generation gap between Baby Boomers and the Millennials coming up fast in the rearview mirror. “Products can adjust, logos can change entirely, but meaning can be ageless,” proclaims The Motor Company. “Brands can grow in multiple generational directions simultaneously.”

Speaking at the Association of National Advertisers’ Masters of Marketing event in Orlando, Fla., former Harley-Davidson Global Chief Marketing Officer Mark-Hans Richer proclaimed that young people don’t own cool, growth or innovation. “Old people are in fact a growth market, and the decision to reach one or the other should not be a zero-sum game.

“Growing with youth versus growing with old is a false choice,” he added. “Products can adjust, logos can change entirely, but meaning can be ageless. Brands can grow in multiple generational directions simultaneously. It can be done… We are doing it.” Or were attempting to do it, as Richer left the company last October.

However, Harley still remains focused on Boomers who have put them in the driver’s seat in sales terms for the heavyweight cruiser market, despite Richer’s departure. U.S. census data indicates the population aged 50+ is currently north of 100 million, and will reach 173 million by 2060. “Show me the money,” as Jerry Maguire would say.

Harley has seen the money, and is investing to get it… in a big way! In October, Harley said it planned to increase spending in marketing by about 65% in 2016 and spending in product development by 35% – about a $70 million increase in those areas. Harley believes innovation is an integral component of attracting the Millennial market. Hence Project LiveWire’s global road show of the past couple of years.

From OEMs down to the dealership level, marketing to Millennials is a must. Love them or hate them, RevZilla and others get it… do you (page 26)? For the next 20 years, targeting Millennials and their successors will be the key to growth as the Boomers ride off into the sunset. Get with the times or get left in the dust! 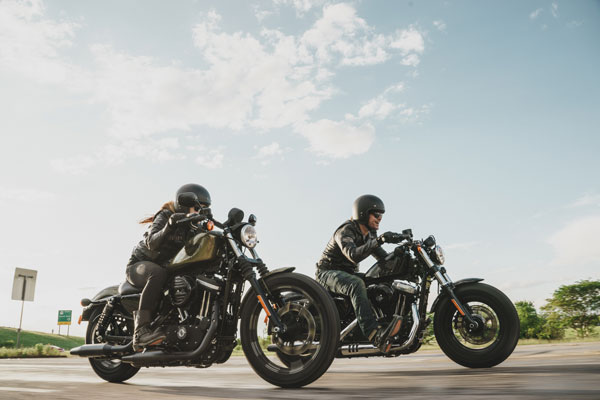 Heretics!
Love them or hate them, there is little question that RevZilla has its finger on the pulse of the motorcycle aftermarket. Its recent multi-million dollar merger with Cycle Gear’s 100+ retail stores puts RevZilla on the front lines of the battle to win the hearts and minds of Millennials. Given this perspective we noted a recent Common Tread (RevZilla’s e-zine) essay by Kyle Mayer with interest.

“Outside of racing, motorcycling continues to be stereotyped as a ‘biker’ culture, eliciting images for the average American that looks more like Sons Of Anarchy and less like Why We Ride,” Mayer writes. “So how will we ensure the future of motorcycling? By getting my generation, the Millennials, into motorcycling. With all due respect to older generations… I must say that for the next 20 years, targeting Millennials and their successors will be the key to growth.”

Seemingly flying in the face of Harley’s big time advertising strategy, Mayer suggests that it is not the style of bike or the ad campaign behind it that will sell to the Millennials. “First of all, we need to build motorcycle culture, especially one that is diverse. This means in part that selling the idea of motorcycling has little to do with specific bike styles, product marketing or advertising, and almost entirely to do with getting people on motorcycles, and eliminating cost barriers to riding.”

He also disagrees with what ITR Economics President Brian Beaulieu communicated in the MIC Symposium. “We need to stress the fact that motorcycles are a fun and practical way to get from point A to point B, not just a toy for those with disposable income. Millennials are probably the most well-traveled generation in our country’s history… Millennials have seen how everyone “over there” gets from place to place on a motorcycle.”

It really is about the ride rather than climbing the corporate ladder for the Experiential Generation, according to Mayer. “Millennials tend to value experience over material possessions. We love our experiences. Numerous young adults take temporary jobs and travel, or frequently move from place to place, rather than taking the life path chosen by most Baby Boomers of starting a career, climbing the corporate ladder, buying a big house, and retiring ASAP. Splendidly, motorcycling is inherently experiential.”

He sums it up by saying: “Call us hipsters, but our desire to do or appreciate something before it becomes mainstream reveals that we value exclusivity. At just over 10 percent of the U.S. population, motorcycle riders are already an exclusive group. The message to all of us indie rockers with flannel and tattoos must then be: “You need to get into this motorcycling thing right now because it’s got a great little community and in a few years this scene is gonna be big, and you are going to be the one it started with. We’ve already got your ride waiting for you.” Cue the Scrambler…

Advertisement
In this article:Harley-Davidson, Millennials, Revzilla

The New Face Of Motorcycling?