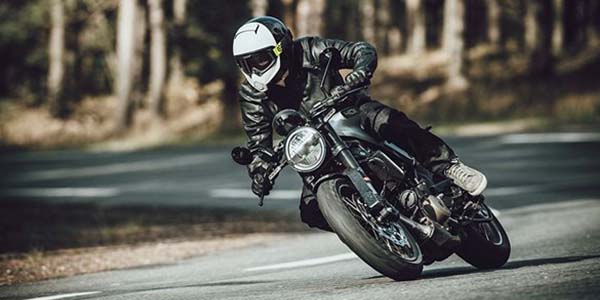 In 2018, the NHTSA reported a total of 4,985 motorcyclists killed in road accidents. While that figure is still frighteningly high, it actually illustrates an impressive 5% decrease in motorcycle fatalities on the nation’s roads.

In 2018, the NHTSA reported a total of 4,985 motorcyclists killed in road accidents. While that figure is still frighteningly high, it actually illustrates an impressive 5% decrease in motorcycle fatalities on the nation’s roads. The drop is to be celebrated, but there’s still room for improvement as motorcyclists are still represented by a disproportionately high number of fatalities when compared to other road users.

That 5% drop can be attributed to many factors.

There’s no doubt that the quality of motorcycle training has drastically improved in recent years, and many riders are taking advantage of further training and advanced rider classes. The results translate into safer riding on the nation’s roads. Unfortunately, of all the fatal motorcycle accidents recorded in 2017, a staggering 29% of them involved riders not in possession of a valid motorcycle license.

Between 1998 and 2008, there was a massive increase in fatalities involving motorcycles and car drivers—to the tune of 131%. This figure has reduced dramatically in recent years thanks to the success of outreach programs such as Motorcycle Awareness Month and public information campaigns that give other motorists a better understanding of motorcycling. These campaigns promote the importance of observation, judgment and ultimately, safety.

While better training and increased motorcycle awareness can help prevent accidents from happening, they don’t offer much in the way of protection when an accident physically happens. According to the latest data from the NHTSA, motorcyclists are 28 times more likely to die in a motor vehicle traffic crash than car occupants.

With such a high-percentage of motorcycle-related deaths on the roads, it’s no wonder that many apparel manufacturers are working hard to develop the best motorcycle protection available. Over the last few years, advances in technology have helped to convert some potential fatalities into minor injuries. Protective gear has really helped save lives, but is it enough?

Today, riders can buy motorcycles with incredible performance statistics thanks to engines with outrageous power outputs capable of hitting impressive high speeds. But is motorcycle safety gear evolving in time with these bikes? Or is always a step behind?

The Next Generation Of Motorcyclist Protection

In short: the future of motorcycling and rider safety looks brighter than ever. Thanks to radical advances in technology, things that were once stuck in the realms of science fiction will be available at a consumer level. Some of these advances are already being rolled out. Air-bag jackets are becoming widely available, carbon fiber is now common-place, and highly advanced ABS systems feature as standard equipment on most motorcycles—but what else is out there?

One of the most exciting advances in technology that will benefit motorcyclists is the increasing interest in vehicle-to-vehicle communication systems. These systems are specially developed chipsets that broadcast data from one vehicle to another, and alert drivers and motorcyclists of impending dangers before they have a chance to happen. According to studies from industry leaders, vehicle-to-motorcycle (V2M) technology is predicted to reduce road accidents by up to 80%.

Other smart advances have already been trialed and rolled out. The BMW eCall is one of the most interesting things around. First installed in cars in the late 90s, this new technology is making its way to motorcycles. Essentially, the eCall system is an intelligent “rescue trigger” that activates in a n emergency, and automatically transmits your details and location to a trained BMW call center worker, who will initiate a rescue using local emergency services.

The system is programmed to understand the difference between a major and minor accident using sensors on your motorcycle, giving the emergency services a better idea of what situation they need to respond to.

In the case of an emergency or an accident, the intelligent eCall system, which is either automatically or manually triggered, sends out the position data, i.e. the coordinates of the motorcycle accident site, to the qualified BMW Call Center to initiate the rescue chain. This is great for accident management, but it doesn’t prevent them from happening.

HUD (Head-Up Display) helmets promise to be the next stage in the evolution of motorcycle helmets. These helmets also won’t prevent an accident from happening, but they can help riders from getting into precarious situations.

Using a helmet’s visor as a screen, or using a special small screen, HUD helmets use a combination of integrated technologies and augmented reality to provide a ride experience that allows you to focus on the road without getting distracted. Wireless connectivity, noise cancellation, front and rear integrated cameras and in-built GPS are some of the features on offer. Combined, these features can give you a better awareness of what’s going on around you, and thanks to the GPS technology, a better idea of what’s on the road in front of you.

Fancy technology is one thing, but a microchip won’t help you when you’re thrown down the road at 50 miles per hour, will it?

Helmets aren’t just getting smarter thanks to the addition of smart technology: they’re being designed better in general. Helmets used to be built to protect against linear impact, protecting the skull at the point of impact. Research has suggested that that rotational impact is just as important though. Rotational acceleration of the brain can cause severe brain injuries, and in the last few years helmet manufacturers have been taking this more seriously.

Multi-Directional Impact Protection System technology was once reserved for motorsports but is now becoming common-place. To make a helmet more protective, manufacturers install an additional low-friction layer of protection between the helmet’s shell and liner that works by letting the head move with the brain, with integrated shock absorption to protect the head.

Dyneema isn’t new. Neither is Kevlar. However, new weaves and textile blends are being developed every day, and it won’t be long until one of them replaces cowhide leather as the most protective motorcycle gear available. Kevlar is considered to be seven times stronger than steel. Dyneema, a special denim-blend fabric is actually 15 times stronger than steel, and absorbs no water either, making it an incredibly useful fabric. Will it replace cowhide? So far, it hasn’t, but time will tell.

You might have heard about Dyneema, but D3O armor might be new to you. Developed by D30, this special armor is essentially flexible orange goo that hardens on impact and protects against blunt force trauma. It’s lightweight and fully wearable, but stiffens when struck, absorbing any impact and returning to a gooey state after the blow. It’s all thanks to advanced polymer chemistry.

Currently, the technology is being trialed with the military and police force, but there are some manufacturers using it for motorsport and extreme sport protection. It’s not a popular material yet, but it may be the motorcycle armor of the future.

But What About Protection Available Today?

Even with modern technologies and fancy materials, the best way to protect yourself today is to wear the best gear that you can afford and ride responsibly. Modern motorcycle helmets offer higher levels of protection than ever before and quality jackets, pants, gloves, and boots are all important tools in your arsenal. It’s important that you wear the best protection that you have when you’re out on the road, because after all: the best gear is the gear that you want to wear.

The Future of Motorcycle Crash Protection