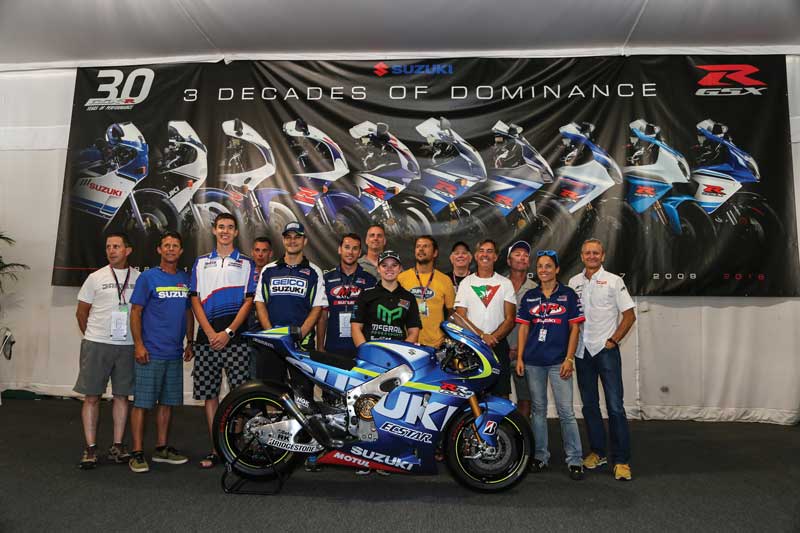 This special cadre of racers talked about the GSX-R’s racetrack dominance and its significance as a performance streetbike. Suzuki executives presented each racer with a special award to honor their influence on the continual evolution of the GSX-R.

“We created this 30 Years of Performance event to continue celebrating the GSX-R and its impact, and to unveil the new Commemorative Edition,” says Tim Olson, Suzuki’s PR manager.

Suzuki held the event at this specific time and place for a number of reasons. “First, with both the MotoAmerica and MotoGP races taking place, it was a perfect time to talk about the GSX-R’s racing heritage, and to showcase Roger Hayden’s same-color race bike,” Olson says. “Plus, we had the Team Ecstar Suzuki MotoGP group there with their own Commemorative Edition GSX-RR race bikes, all united to celebrate the Suzuki GSX-R’s three decades of dominance.” 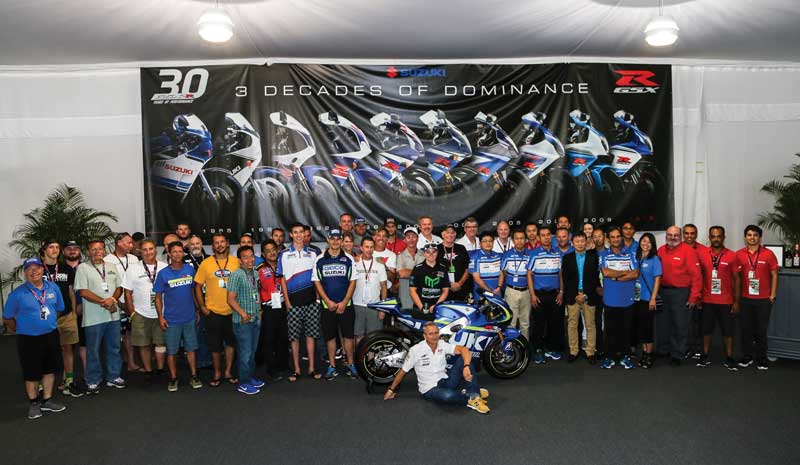 The motorcycles they race are a direct output of the GSX-R heritage, and the GSX-RR’s inline-four-cylinder engines will continue to expand on the GSX-R’s original purpose.

Secondly, Suzuki had so many great racers in attendance. “An impressive list of racers past and present have won on Suzuki GSX-Rs,” he says. “From Kevin Schwantz to Elena Myers, and scores of racers in between. Plus, John and Chris Ulrich who have raced and built winning race teams around the GSX-R; Aaron Yates, multi-class AMA champion; Jake Lewis, Yoshimura Suzuki Factory Racing Superbike rider; Don Emde, former Suzuki racer; Melissa Peris, M4 Racing Suzuki rider; and many others.” 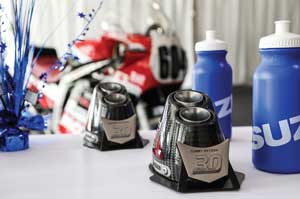 In 30 years of racing worldwide, it would be difficult to tally how many races have been won on Suzuki GSX-R motorcycles, from the GSX-R600 to the GSX-R750 and the GSX-R1000. “If you just look at road racing in America, and the history of AMA Superbike, the Suzuki GSX-R has dominated in race wins and championships won,” Olson says. “Since the GSX-R’s introduction in 1985, Suzuki has won 11 Superbike Championships. And in World Endurance Championships, Suzuki has won 10 titles in the last 14 years.”

The GSX-R’s most significant race win? Perhaps the next one? “We could look at the dominance of Mat Mladin and Ben Spies from 2003 to 2009, and the great battles between those two riders,” he says. “But, it’s really not about one win in particular for the Suzuki GSX-R. It’s about the motorcycle’s dominant performance and the fact that it has become such a powerful race bike as well as a great street bike.”

And that is what Suzuki commemorated at this special event in August. In 1986, Suzuki introduced a red-and-black GSX-R750 to pay homage to the race bikes piloted by the Yoshimura Suzuki riders who competed at the Suzuka 8 Hour endurance races in the 1980s. Kevin Schwantz, who went on to become the 1993 Grand Prix World Champion, raced a GSX-R750 in the same scheme during his 1986 AMA Superbike campaign. 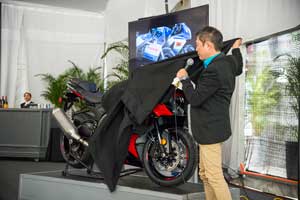 The 2016 red and black Commemorative Edition GSX-R1000 will join the new blue and white Commemorative Edition GSX-R1000 that was recently unveiled by the Suzuki Ecstar MotoGP factory team. This three-tone blue and white version delivers the classic GSX-R racer-replica statement via a classic Suzuki racing heritage motif that includes the revered GSX-R logo. 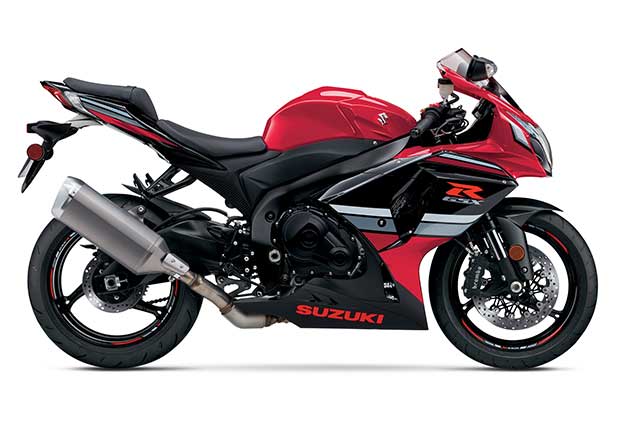 When released to the public, each Commemorative Edition GSX-R1000 will carry an exclusive “30 Years of Performance” badge atop its gas tank, plus special wheel striping to signify its limited production status.

The enduring bodywork of both these Commemorative Edition GSX-Rs encases renowned GSX-R performance – it’s a unique and illustrious heritage that has scored national and world championships for riders from the Americas, Europe and Japan for 30 years.

The Suzuki GSX-R has always been about purposeful performance through its engineering goals of lighter and more powerful. That’s what made the GSX-R stand out when introduced in 1985, and that is what will continue to make it a favorite of performance-focused sportbike riders.

“The GSX-R series of motorcycles is the core of Suzuki’s full-model lineup. It has had direct influence on all sportbikes,” Mr. Shinkai said at the event. “But not only sportbikes. Cruisers, off-road motorcycles, all other Suzuki brands are influenced by the GSX-R. Suzuki’s engineering group is proud of the name GSX-R and what it means to all Suzuki products.”

Suzuki has continued to support racing throughout its history, and particularly over the last three decades. While other manufacturers have come and gone from superbike racing in America, Suzuki has remained a prominent supporter and advocate of road racing.

“It’s important to Suzuki that as long as we build motorcycles like the GSX-R, we will support our owner’s opportunities to race them, and the fan’s opportunity to follow along,” says Olson.

When Suzuki announces the GSX-R’s next model updates, be assured that improved performance on the racetrack will be an ongoing goal.