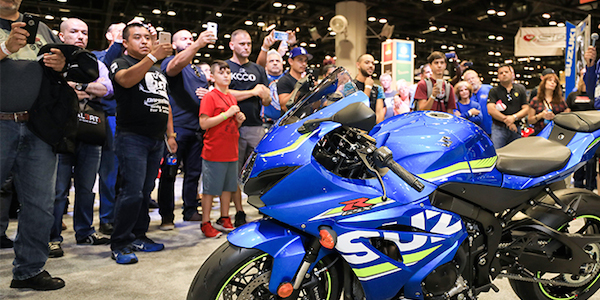 It will be the OEM’s fifth-straight appearance as the show makes its highly anticipated move to the Greater Columbus Convention Center in Ohio this September 21 – 24. 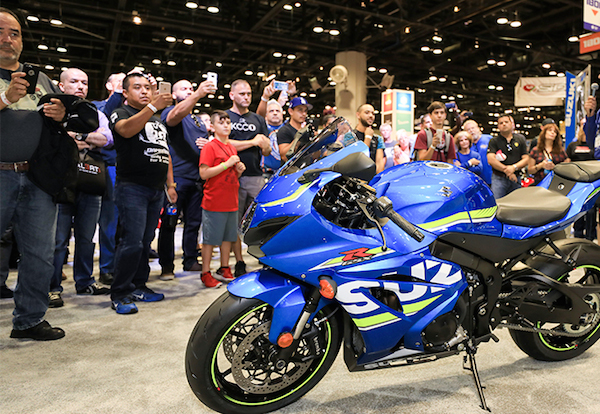 As a founding OEM participant, Suzuki has successfully leveraged the AIMExpo platform to launch new product while also hosting demo rides. It will be the OEM’s fifth-straight appearance as the show makes its highly anticipated move to the Greater Columbus Convention Center in Ohio this September 21 – 24.

“AIMExpo continues to provide the ideal platform for the powersports industry to gather in North America, and Suzuki has seen the benefit of attending consistently year over year,” said Paul LaBella, Communications Manager, MC/ATV Division. “We’re very positive about the move to Columbus, especially the close proximity for dealers, and we’re looking forward to seeing new and returning attendees in our display booth while offering the opportunity to experience a variety of Suzuki motorcycles first-hand at AIMExpo Outdoors.”

The move to Columbus brings more than 40% of the nation’s dealers within 500 miles, enabling Suzuki to more easily engage with dealer partners. And with Cleveland, Pittsburgh, Detroit, Indianapolis, Cincinnati and Louisville within easy driving distance, more consumers will have the opportunity to see all that’s new in the Suzuki stable for 2018.

“Suzuki was one of the first OEMs to commit to AIMExpo presented by Nationwide and has been a key participant since the inaugural event,” said Mike Webster, Senior Vice President, MIC Events. “Over the past four years we’ve looked forward to seeing what Suzuki will share with attendees, and 2017 is no exception. Last year’s public unveiling of the all-new GSX-R1000 was incredibly well received by all attendees – media, dealers and consumers. Suzuki has also engaged with attendees on an experiential level, bringing its expansive demo fleet for riders to climb aboard and test some of the newest models at AIMExpo Outdoors.”