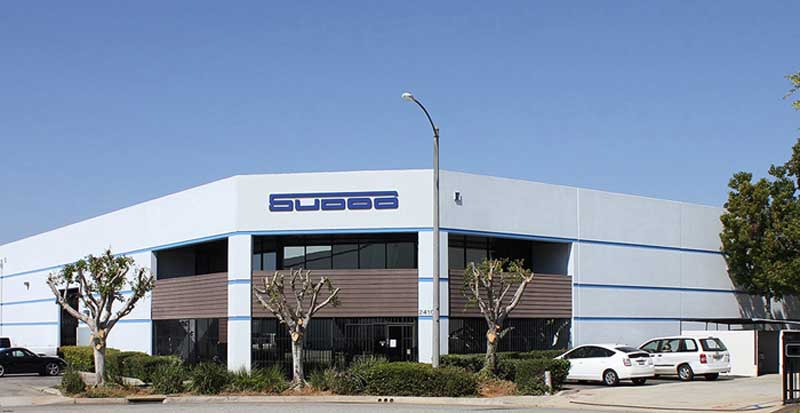 If a customer came into your shop looking for a carb kit, say for an Ironhead Sportster or older Honda CB, where would you go for it? If you’re like most of us, only one name comes to mind.

If a customer came into your shop looking for a carb kit, say for an Ironhead Sportster or older Honda CB, where would you go for it? If you’re like most of us, only one name comes to mind. Sudco International has been synonymous with high-end, performance carburetors, carb replacement parts and tuning components for decades. Mikuni and Keihin units in particular. Both franchised and independent shop owners think of Sudco as the go-to place for carbs, kits and replacement parts, especially the more obscure bits.

And there’s a reason for that; Sudco doesn’t simply carry replacement carbs or kits like some distributors, they actually specialize in having a complete line of carb kits, individual replacement parts, tuning parts and rebuild kits. In fact, Sudco has invested the R&D to engineer its own exclusive line of Sudco Mikuni Performance Carburetor Kits, an indication not only of the company’s knowledge base, but of its commitment to motorcycle riders, too. For almost five decades they have established a reputation for identifying a need, creating a solution and providing repair and replacement parts that bolt right on with no drama. 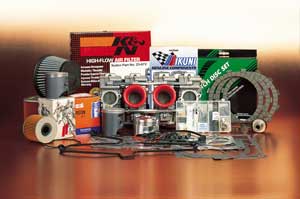 Sudco started in Southern California in 1968 when three partners joined their initials to form the company name. Their intent was to import components for the popular Japanese motorcycles at the time, bikes mainly being manufactured in Japan by Yamaha, Kawasaki, Honda and Suzuki and imported into the United States. According to Eric Kuwabara, vice-president of Sudco, whose grandfather was one of the three founders, this wasn’t necessarily a unique idea but it was a feasible business plan. “In the late ’60s and early ’70s there was an explosion of motorcycle riding – and a demand for parts for these bikes,” he said. “Sales were expanding, especially for the Japanese bikes.”

It’s important to put this into context: in the late 1960s there was no Internet, Japan was very far away, long distance communication was expensive, and importing from overseas was a time consuming and arduous process. But the relationships established by Sudco’s founders remain instrumental in the company’s long-term success. Groundwork put in place then continues to reap benefits today by providing motorcycle owners with the often hard-to-find parts they need to keep their bikes on the road. And that has been Sudco’s core mission from the get go. 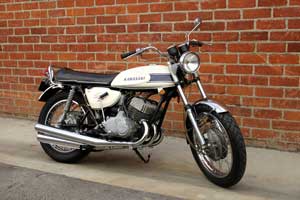 Thanks to long-term relationships with OEMs and OEM suppliers, Sudco can source hard-to-find parts.

In those earlier decades, Sudco imported and distributed a wide variety of parts, tools, maintenance, and replacement products for Japanese marques. Unlike today, carbs and carb kits weren’t such a focus of the business. But as the company evolved, it gained a solid reputation for expertise in carburetion. “We still sell a lot of other items, but the carb kits are what we’re best known for,” said Kuwabara.

That said, you won’t be disappointed when you take a closer look at the Sudco catalog or website. Along with everything imaginable for Keihin carbs, Mikunis from VM to HSR, and others you’ll find a large selection of tools, maintenance products and replacement parts. These include ignition products from Dynatec, Motion Pro cables and tools, switches, horns and fuel system parts. There are JE pistons, Web Cam, and consumables such as K&N filters, NGK spark plugs and Red Line lubricants. Sudco reps a line from Vesrah that covers gasket sets, brake components and clutch replacement parts. They also offer cast manifolds and billet adapters of proprietary design that are fabricated locally in Southern California, and carry replacement parts for ATVs, watercraft and snowmobiles, too.

Added to the product roster just recently is a line of newly developed reproduction original style parts, mostly for classic Honda and Kawasaki models, but also for makes such as BSA, Norton and Triumph. A Honda 750 from the ‘70s might not be considered “classic” by some, but that term has come to encompass motorcycles of 20-30 year timeframes, and the popularity of these models is growing. In fact, by tracking which products are selling well, Kuwabara says they’ve noticed a marked trend since 2008 revealing an upsurge in people riding the older carbureted bikes of various origins. “You would have thought that EFI would have changed our business, but every year since 2008 we’ve sold more carbs than the previous year,” Kuwabara said. 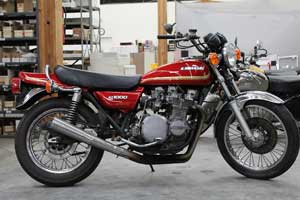 Sudco’s Classic Bike Shop Sales is a new department in the company that recognizes both the character and affordability of older iconic models, such as this unrestored 1978 Kawasaki KZ1000.

Consider that timing: Since the bottom dropped out of the custom aftermarket, Sudco has seen an increase in demand for carbs and carb kits, especially for Honda twins and the smaller cc Japanese bikes. Kuwabara says many of those motorcycles are seeing second life in the hands of younger riders who are turning them into cafe-style bikes, brats and rats; lighter bikes they can throw around and handle better. Especially hot lately are Honda CB models of various displacements.

Consider, too, that these motorcycles are widely available, quite affordable, and tinker-friendly for the shade tree mechanic, and it’s a trend that’s worthy of attention. Knowing which makes and models are hot in the marketplace and acknowledging the needs of these bikes and their riders is not only good for business, but good for the industry, too.

Sudco has wisely taken the cue, recognizing the need and doing its best to fill it as the company always has. And in that respect the company is a significant resource to the motorcycle shop owner and regular rider: it provides access to parts that simply can’t be found otherwise, especially once a model is 15 or 20 years old and support from the factory stops. Sudco’s secure relationships not only with OEMs, but also with suppliers to the OEMs, mean it can source those hard-to-find parts to provide identical components of comparable quality so they fit right and work right. This even includes little parts like seals and valve shims. “When you need it you need it, and we’re happy to fill any order, large or small,”
said Kuwabara. 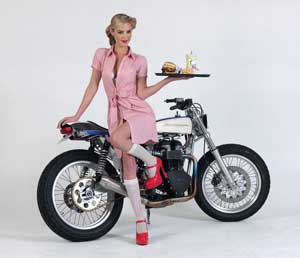 Though there are times when the right replacement part can bring an older carb back to life, there are also instances when a part is unobtainable or there’s simply too much wear and tear to warrant repair. That’s when the line blurs between replacing a carb out of necessity versus replacing for added performance. “Customers often get performance enhancements when they switch to newer or more capable carbs, but that’s sometimes a side effect of being unable to fix what they have,” added Kuwabara.

Sudco conversion kits that implement the addition of a modern Keihin or Mikuni carb to a classic bike often have similar benefits, providing optimal starting and running. Part of this benefit comes from the solid mechanics engineered into Sudco’s carb kits. The staff constantly reviews new models in an effort to develop additional products, testing and fitting to determine viability. They’ll only sell product that prove reliable and capable, and they have the deep product knowledge and experience to make those determinations.
Now you know where to go when looking for carb or fuel system parts out of the ordinary. You might find items you’re getting elsewhere and save yourself from placing multiple orders. Sudco knows carbs inside out. Why call anyone else?