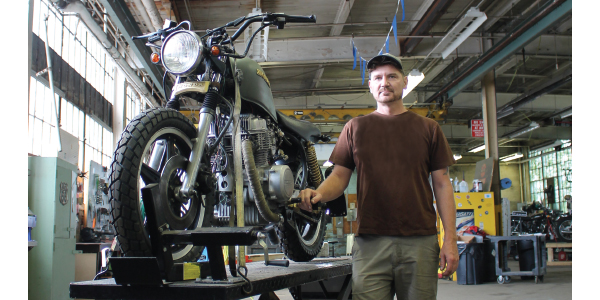 Here you are, once again facing a common situation: a customer is in your shop, asking for a repair job. Problem is, his bike is a 1981 model. It is running but making expensive noises. What do you do?

(1) Tell the customer you don’t work on anything more than 20 years old. The customer stomps out of your shop and proceeds to tell the world what a jerk you are on every social media platform and rating service he can find.

(2) Explain apologetically that you are not set up to troubleshoot old bikes, but that the customer can do it himself at the local community garage and save a lot of money. Give the customer the address and phone number of the community garage and assure him that you can special order any parts he may need. Send him over to Parts to get a service manual. The customer may not be happy, but he is not screaming mad, and you have just sold a service manual. If the customer follows through and starts working on his bike, you will end up selling him a lot of parts, as well as a case or two of oil, a new drive chain and maybe a pair of gloves. Better yet, by providing a solution that works for both of you, you will have made a friend, instead of an enemy. 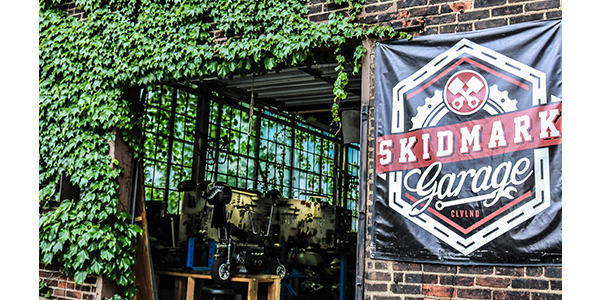 A community garage is a pretty simple idea: the business owner buys or rents a warehouse, set up work bays, basic tools and rents space to do-it-yourself motorcycle owners. Skidmark Garage in Cleveland, Ohio, is one of 25 community garages in the United States. Like most, it’s in an urban area where there are a lot of people with old bikes, no garage and an urge to do things themselves. In the two years that Skidmark has been in business, it has already become a Cleveland institution. 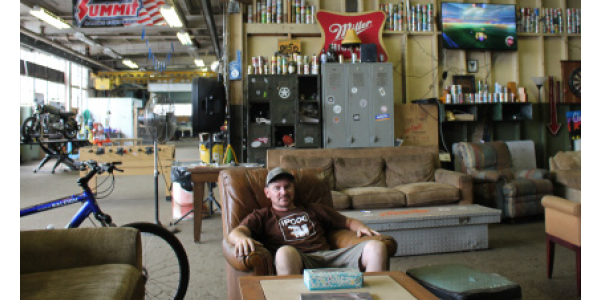 Owner Brian Schaffran says that he first got the idea 20 years ago when he was living in Los Angeles. His aging Volkswagen van needed a lot of maintenance, which he could barely afford. He envisioned a community garage equipped with the tools needed to keep old cars like his Volkswagen running. After he moved back to Cleveland and started riding motorcycles, Schaffran realized that the community garage idea was really better suited to motorcycle repair. He started collecting tools and information. The idea became a reality in January 2015, when Schaffran rented space in a former meat packing plant in Cleveland.

The doors to Skidmark Garage opened in March, with the grand opening party in May 2015. “Skidmark has become what I always knew it would – a no-collar community that thrives on helping each other out, getting dirty, jamming tunes and riding,” says Schaffran. 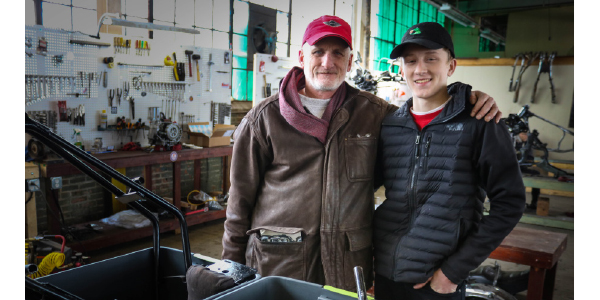 Skidmark rents shop space by the hour, month or year. The rental includes hand tools and storage space for a motorcycle. The garage has a tire changer, a vapor blaster and air compressors available for customers to use, and there is a growing library of manuals and videos. Since most customers have to fit their motorcycle obsession around school or work, the garage is open seven days a week, including most evenings. People who rent space (called “members”) also get access to one of Skidmark’s eight lifts. Schaffran has negotiated discounts for his customers at aftermarket suppliers such as Motul, Supertrapp and Dime City.

“The local Honda dealer loves us,” says Schaffran. “It took him a little bit to catch on to what we were about, but now he understands that he is selling my members hundreds of dollars of parts on a regular basis.” 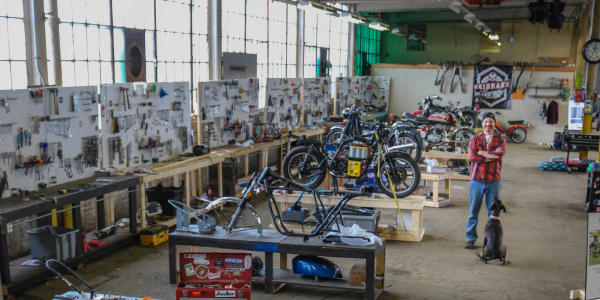 A very important part of this type of garage is the community spirit. Many of the members know very little about mechanics, but the more seasoned veterans of the old bike fix-it wars are usually happy to help out. Skidmark helps the community spirit along by providing a generous lounge area with couches and a mirrored bar. Tunes are pumped through the space via Pandora, and each new member gets to add a few requests to the mix.

In the planning stages are classes in carburetor rebuilding, general old-bike maintenance, electrical troubleshooting and brake repair. Schaffran says that many of his members have very little knowledge of mechanics – at first.

“Half of my members didn’t believe they could actually fix something, and had to be convinced they could do it. The first victory is the important one.”

The most common demographic at Skidmark is college students and recent graduates, but there is a lot of diversity. “We have a surprising number of women who want to figure out their bikes. There are also a lot of guys in their 50s who are competent mechanics, but get tired of working by themselves and crave a more social atmosphere.”

“Probably the most under-rated motorcycle garage in NE Ohio. Great place for learning, fixing, fun and to meet some of the most down-to-earth people there. Not for those who are scared to get their hands dirty. You may come to fix your bike or leave it for storage, but you will stay for so much more.”  – Online review from a happy customer

Skidmark has counted marketing on a shoestring budget as one of its biggest challenges. But the garage is solving this problem with more than a little help from its supporters. Schaffran has a knack for making friends, and, as luck would have it, some of his friends are in a position to give him good publicity. As a result, he has been getting a lot of exposure in the media lately. 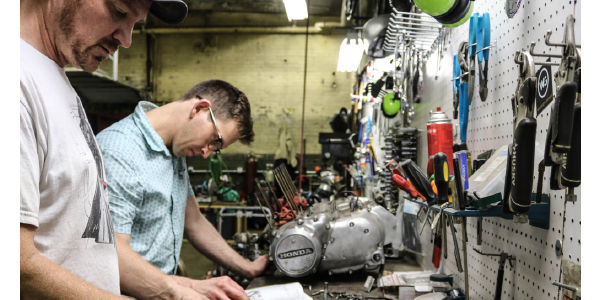 “Esquire magazine decided to do a build contest cable TV show, Wrench Against The Machine, and (a friend who worked for a production company) recommended me as a host for the show.” As host, Schaffran has been introduced to other people in the motorcycle industry, and as a result, he was invited to have a booth at the 2017 AMA Vintage Days event (where Skidmark customers and friends entered a Swap, Shop and Race contest with a KTM), and a show area at AIMExpo.

Skidmark’s AIMExpo display is to be a recreation of a community garage in a smaller space. “I’m going to bring in a guy to play guitar and ask my members to come and work on their bikes in the space. The plan is to introduce show attendees to the concept of a community garage, and how it can serve as a resource for a motorcycle shop.” 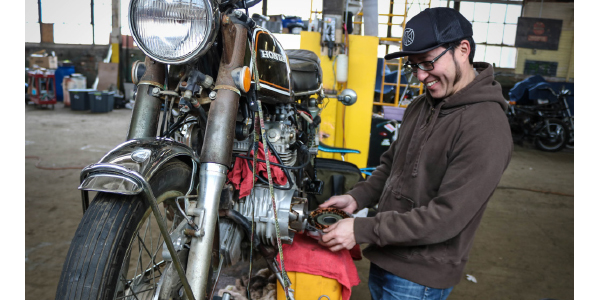 The Skidmark website also serves as an integral part of the marketing effort. The overall effect is dark and edgy, with a lot of photographs. Every community needs its own T-shirts, of course, and Skidmark’s website has a section devoted to a variety of both artistic and old-school designs. Skidmark also holds forth on Instagram, Facebook and Twitter.

Schaffran wants to grow the community garage concept by organizing a network of community garages in different cities (especially in the Rust Belt) that will share expertise and ideas. He also wants to start a nonprofit to promote trades education in schools. “Repair work is something that can’t be automated and can’t be shipped overseas, yet schools are trying to get out of hands-on learning and teach everyone to be a computer whiz. I would like to build a semi-truck set up as a mobile shop facility and bring it to different schools to teach shop courses.”

The community garage movement, along with the custom bike scene, is bringing a new generation of enthusiasts into motorcycling. Brian Schaffran and his Skidmark Garage crew are some of the best ambassadors for this concept.