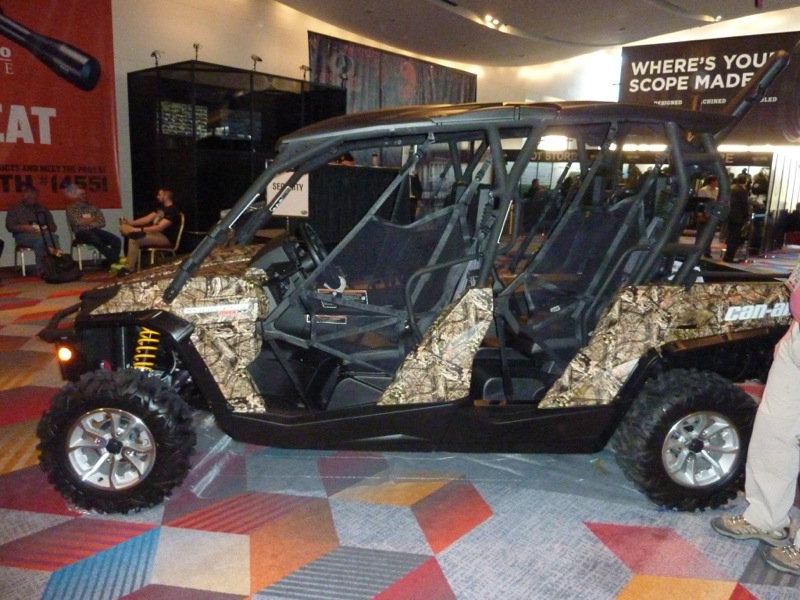 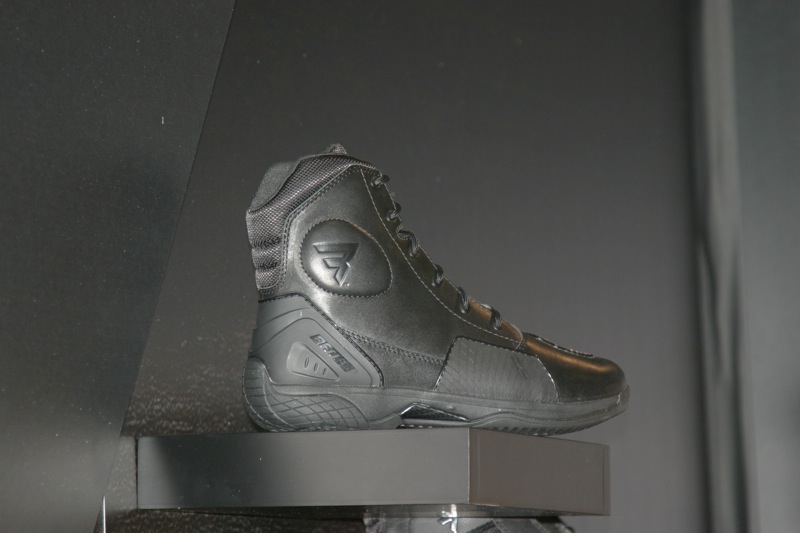 What SEMA is to the auto industry or AIMExpo is becoming for the powersports industry, the SHOT Show is for the firearms and hunting industry… only bigger.

The trade-only event draws 65,000+ industry professionals from more than 100 countries. Hidden amongst the camo gear, ammunition and weaponry was a fair amount of crossover with the powersports industry.

From the camouflaged Can-Am Commander in the lobby, to the ATV on display at the Mossy Oak booth, there was plenty to take in.

Our friends at Yamaha unveiled the new Wolverine R-Spec featured in this issue, the NRA teamed up with Centrury Arms to commission a custom Harley-Davidson from Orange County Customs and there was even a CZ booth (unfortunately it was for firearms rather than Jaroslav Falta Replica motocrossers). However, MPN crashed the hunting and killing crowd’s party for a reason.

Bates, a division of Wolverine World Wide, is getting ready to dip a toe into the motorcycle market and the company wanted feedback from editorial types and powersports industry leaders like Larry Little and Mike Webster from the AIMExpo (AIM at the SHOT show, get it? Nevermind).

The average motorcycle dealer might be more familiar with Wolverine’s other brands as it produces footwear under the Caterpillar and Harley-Davidson licenses and everything from Keds and Hush Puppies to Sperry Top Siders, the Bates boots is the real star of the show… at least the SHOT Show.

Bates has the DOD contract to supply the U.S. military with footwear … ever hear the infamous “boots on the ground” phrase? Those are Bates boots on the ground. Seems as if many of the motorcyclists in the military have taken to wearing their combat boots on their bikes. And as footwear experts, Bates believed there was a better solution to be had. They created a line of footwear based on the fit and feel of its combat boots, but with motorcycle specific upgrades.

Although they were still about six months away from releasing product, the prototypes they showed us in Vegas clearly demonstrated that 130+ years of making military-spec footwear is a good stepping stone to motorcycle footwear.

Stay tuned for details on when and where dealers will be able to find Bates boots in the future. 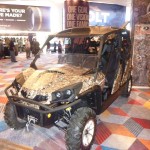 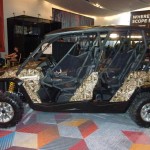 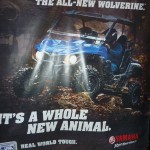 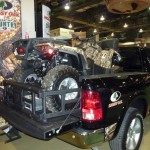 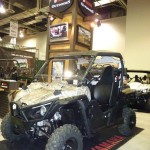 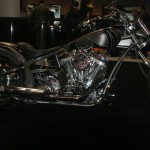 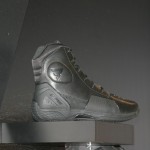 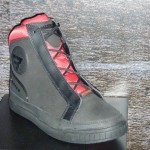 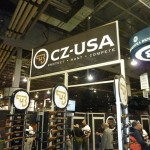 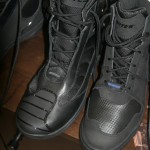 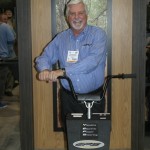 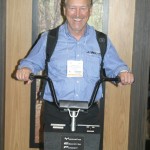 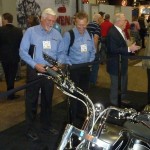 SHOT Show in the Crosshairs for Powersports?