Since December was MPN’s annual Buyer’s Guide we missed a month’s worth of lane changes and shifting job positions. Some of the biggies, such as Western Power Sports merging with Marshall Distributing and Italian moto apparel outfit Dainese being sold to Investcorp for $162 million may be old news to you, but it is the people that really make this industry, so bear with us while we get caught up!

Since December was MPN’s annual Buyer’s Guide we missed a month’s worth of lane changes and shifting job positions. Some of the biggies, such as Western Power Sports merging with Marshall Distributing and Italian moto apparel outfit Dainese being sold to Investcorp for $162 million may be old news to you, but it is the people that really make this industry, so bear with us while we get caught up! 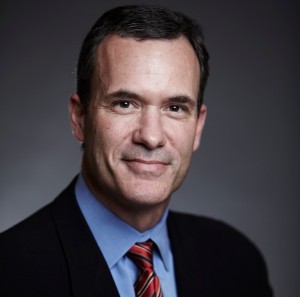 Chris-cross? In December, Christopher T. Metz succeeded Christopher Twomey as president/CEO of Arctic Cat. “The board conducted a national search for a new CEO and we are delighted that Chris is joining Arctic Cat,” says Twomey (who remains Arctic Cat’s board chair). “He has built a career on improving the performance of market-leading companies. Importantly, he is adept at creating strong partnerships with customers and dealers.” Since 2005, Metz has served as a managing director of Sun Capital Partners, Inc., a leading private investment firm with more than $10 billion in capital under management. Prior to Sun Capital, Metz was president at Black & Decker, leading its Hardware and Home Improvement Group from 1999 to 2005. “I am excited to lead a terrific team at Arctic Cat,” says Metz. “The company has a strong consumer brand and significant opportunities to increase its sales and profitability.” 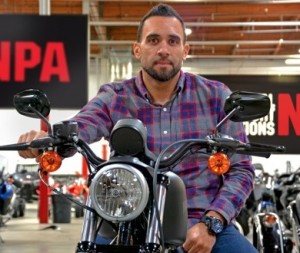 National Powersport Auctions promotes from within: Tony Altieri is now director of business development for the dealer auction giant. “Good things happen to good people, and Tony is one of the best in the business,” says NPA’s Director of Marketing Ryan Keefe. “As our factory/OEM director, Tony started out managing our OEM accounts and was instrumental in not only expanding our existing business but also developing key partnerships with new OEMs.” Altieri adds, “The past five years have been a great ride with NPA. But I am ready to kick it up a gear and accelerate our business in 2015… and beyond.” Prior to joining NPA in 2009, Altieri was assistant VP of remarketing for Bank of America and is a graduate of Boise State University. 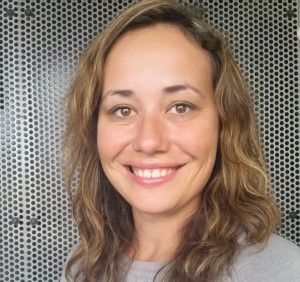 Upstart roadracing series MotoAmerica has hired club racer Niccole Cox as its race operations manager. “MotoAmerica is pleased to welcome Niccole to our team,” says Chuck Aksland, COO & executive director of race operations for MotoAmerica. “Her background made her an ideal candidate to help us develop our procedures and processes.” Cox comes to MotoAmerica from MotoWest Grand Prix where she managed all aspects of the business as its operations manager. “As with any start-up, there are a million and one details to be worked out in a short amount of time, but Niccole has hit the ground running and soon we will be able to release details on rider/team and service company registration options as well as contingency program options for companies interested in partnering with MotoAmerica.”

Speaking of the fast track, MotoAmerica has signed a big time TV deal! You will be able to tune into all MotoAmerica events on CBS Sports Network, as part of a multi-year agreement between Torque.TV and CBS Sports. Programming will air on CBS Sports Network on weekend afternoons and in primetime. Digital coverage of the series, including event highlights, features and other content will also be featured on www.Torque.TV. “Having television and online coverage of our MotoAmerica series is key,” says Wayne Rainey, three-time 500cc World Champion and MotoAmerica president. “It’s important to our fans, our teams, our racers, and the entire industry. We’re happy to report that we’ve been able to finalize these arrangements, ensuring fans around the country will be able to watch and enjoy the on- and off-track action our series will provide.”

Namz names new digs: Namz Custom Cycle Products has moved into a 23,000-sq.-ft. manufacturing and distribution facility. Even though the new digs are only 100 yards away from their previous building in Oreland, Pennsylvania, it took some work. “The new facility has been a huge undertaking with all of the renovations and upgrades, but the reward is having the extra space needed to support our recent growth and have a beautiful office to work in everyday” says Namz Founder and President Jeff Zielinski. Namz is celebrating 15 years of providing “world class” electrical components, fluid transfer lines and Badlands Lighting Modules. Namz/Badlands products are available through Drag Specialties, Parts Unlimited, Custom Chrome Europe, Mid USA, J&P Cycles, Bikers Choice, Zodiac, Motorcycle Storehouse, SK Imports, V-Twin, Les Importations Thibault, Rollies Speed Shop or directly from its website: www.namzccp.com.