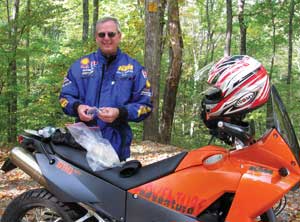 A former racing competitor, Sam still pursues his lifelong passion for off-road riding. “Sam brings unique talents and a valuable mix of experience to the Lonski Recruiting Team,” said Henry Lonski. “He is a degreed mechanical engineer, with a decade of successful dealership owner experience under his belt. He has significant time in OEM sales, as well as in present-day dealership consulting.”

Chalk adds, “I constantly see the agony dealers and OEMs experience when trying to staff their businesses. Henry contacted me and I was immediately attracted to the grass roots/guerilla passion I sensed from him: Get the job done. Best customer service. No hidden agendas.”

Former Alpinestars and Ducati North America PR type Tim Collins is now the marketing director for Bonnier Motorcycle Group. BMG is the parent company for both Cycle World and Motorcyclist. “I am confident that Tim is an excellent match for the position and will be a strong addition to our marketing team,” says BMG Associate Publisher, Marketing Garrett Kai. 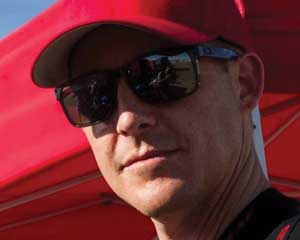 “Not only will Tim be a great resource for Bonnier Motorcycle Group, but his industry knowledge and expertise, coupled with his relationships within the motorsports community, will make him a valuable asset as we continue to develop our brands’ engagement strategy.” Collins takes on brand marketing and the development of custom programming for the OEMs and aftermarket companies. “The opportunity to join this team was something I just couldn’t pass up,” Collins says.

“Throughout my career I have been involved in some phenomenal projects and global initiatives. Now, as I begin this new chapter at Bonnier, I am fortunate to work with a team and an organization that has been building huge momentum with such contagious enthusiasm.”

Brace yourselves, long-time Leatt Brace front man Phil Davy is now the senior director, Apparel Brands Tucker Rocky / Bikers Choice. “I have proudly spent my entire adult professional career in the motorcycle industry,” says Davy. “The majority of which has been specifically spent working on the branding, marketing and selling of protective equipment for performance motorcycle riders and racers.” 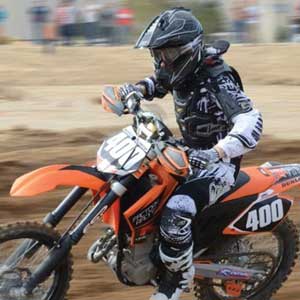 In his new role, Davy will be directing the marketing, branding and product lines for Answer, FirstGear, MSR, and RiverRoad among others. “Phil is a pro in every sense of the word,” says Tucker RockyVP of Marketing Hank Desjardins. “Simply put, there are few better brand builders in the powersports industry.” Phil’s specialties include seeing ahead to the future of motorcycle riding protective equipment, then making that vision a reality, according to Desjardins. If his track record with Icon is any indication, Davy might just be a little clairvoyant!

Former Hot Bike editor and S&S Cycle marketing guy Howard Kelly has hung out his HKC shingle as a consultant. “Unlike most marketing consultants, HKC insists on starting by learning your business and the infrastructure that supports it,” says Kelly. “An evaluation of your business practices and the team that implements them is done prior to preparing a marketing campaign.”

Once your needs have been established, HKC can create your press releases, catalogs, brochures, collateral materials, advertising and full marketing campaigns. Because HKC will work directly with owners/principals, client space will be limited.


George B. Smith stepped down as chairman of the board and CEO of S&S Cycle in mid-July to become chairman emeritus. In his new role, Smith will work with the board of directors on strategic initiatives and other critical issues. With Smith’s retirement John McGinnis, an S&S board director since 2007 and vice-chairman the past three years, becomes the new chairman of the board. 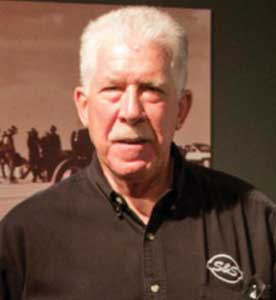 Smith joined the family business in 1979 and became president following his father’s untimely passing in August of 1980. After becoming president, he helped S&S become a leader in the V-Twin performance market, earning V-Twin Magazine’s “Lifetime Achievement Award” in 2013 for his contributions to the industry. “The past 35 years have been quite a ride,” says Smith. “I am very proud of what the S&S Team has accomplished.” McGinnis adds, “It is a great honor to become chairman of S&S Cycle and relieve George of some of his responsibilities so he can enjoy some well-deserved time off.

These are opportunistic times at S&S Cycle and I find it challenging and exciting to work with S&S President Steve Iggens and the S&S team to develop and implement new strategic initiatives that will best serve our customers into the future.”