Heads up, Bell Helmets has a new EVP. BRG Sports, Inc., formerly Easton-Bell Sports, promoted Dan Arment to executive vice president. “Dan is a valued member of our executive team and has demonstrated leadership with his regular achievement of financial objectives and through his contributions to key initiatives for our company,” said Terry Lee, BRG Sports executive chairman and CEO. Arment joined the company as the sales leader for Bell’s consumer retail division 14 years ago and shortly after was promoted to GM. BRG Sports’ brands include Bell, Riddell, Giro, Blackburn, Raskullz, Krash! and BULT.
••••
New boss for QuadBoss. Tucker Rocky has promoted Jason Baldwin to QuadBoss brand manager. Baldwin is now responsible for leading all aspects of the QuadBoss brand, including marketing/advertising, new product development and brand positioning within the ATV/UTV market. Before his new position, Baldwin had been sales consultant for Tucker Rocky/Biker’s Choice. He has also worked for industry leading brands, including Polaris, Cannondale, and Gas Gas.

“Tucker Rocky/Biker’s Choice is committed to aggressively growing the QuadBoss brand as we seek to serve the broader ATV/UTV market with an array of relevant and profitable products,” explained TR’s VP of marketing, Hank Desjardins. “QuadBoss has been a significant growth engine for our ATV/UTV segment, and we are confident that under Jason’s leadership, QuadBoss will continue to gain valuable market share.”
••••
Former Texas motocross standout and one-time QuadBoss brand manager Glen Urquhart is back in the saddle again with WPS after several years of running his family’s ranch. With more than 40 years experience, he apparently wasn’t ready to retire from the powersports industry. 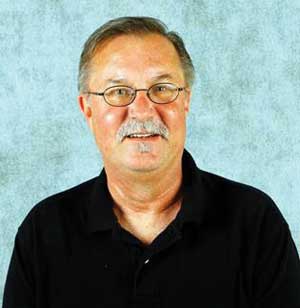 ••••
V-Twin industry veteran Pete Amenda has joined Küryakyn as the brand kicks off an aggressive plan for its “NXT25” years initiative. “For a product-driven company like Küryakyn, bringing Pete in with his skillset, background and personality, we will see a significant impact in the growth and culture of our company on multiple levels,” says company president, Holger Mohr. “We have the perfect candidate for this critical position with Pete.” 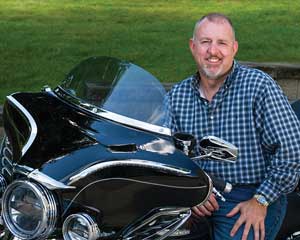 Amenda’s career spans three decades on OEM and aftermarket levels, including stints with S&S Cycle, Harley-Davidson, Screamin’ Eagle category manager and VP of marketing and portfolio management for Custom Chrome. “Küryakyn believes motorcycles aren’t simply a means of transportation, but rather a representation of a person’s very identity,” adds Amenda. “I certainly agree with this philosophy and really look forward to working with the creative minds on this team to help accelerate Küryakyn’s continued growth for the next 25 years.”
••••
Another element of Küryakyn’s NXT25 program has been the creation of the brand representative position. Dealers and road reps attending the Parts Unlimited NVP or the Sturgis Rally before that may have noticed a familiar face as “Willie G” transitioned to the new position just in time for the biggest events on Küryakyn’s calendar. Of course we mean William Glynn, not that other industry guy who goes by a similar moniker. 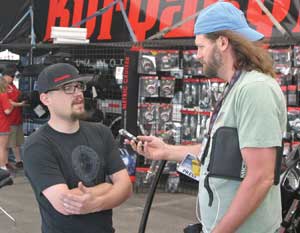 Glynn started as a tech on Küryakyn truck back in 2009, ultimately becoming a member of the marketing team in 2012 as PR specialist and helped roll out the new rigs at Laughlin this year. In his new role with the aftermarket giant, Glynn will be handling rep training and serve as a liaison between the sales team and the rally operation. The Brand Representative will also be focused on special programs for the dealer base… so expect to be seeing a lot more of Willie G. in the future.
••••
Babcox Media Inc., publishers of MPN, announced that John DiPaola has joined the company as vice president-group publisher. DiPaola joins the team after spending the past 25 years at Penton Media, where he was responsible for six business-to-business publications, 10 websites and numerous industry conferences. 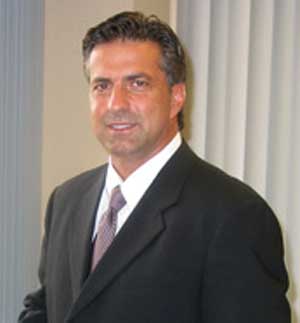 “John will bring a wealth of B2B expertise to Babcox Media, especially in the areas of print and digital media,” said president/CEO Bill Babcox. “John’s significant experience, proven track record within the markets he has served, and dedication to providing products of value to readers and advertisers will positively impact our diverse platform of niche properties and brands.” DiPaola adds, “I am honored to join an exceptional company with market-leading brands and bright and passionate people who are focused on quality work. Our brands serve a highly engaged audience of industry professionals. Our goal is to always provide them with unique and relevant content, day in and day out.”