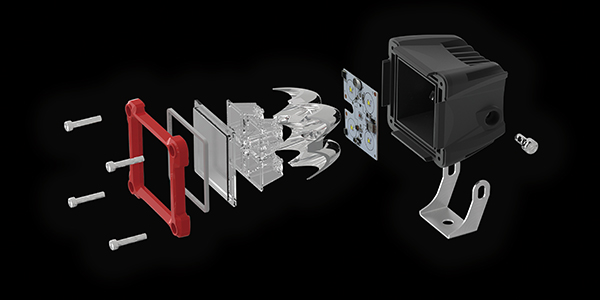 If your customers are looking to upgrade lighting systems for their dirtbike, ATV or SxS, it is important to understand what they really use their machine for before selling something that underperforms. Often times, they don’t have the capacity to run a lot of auxiliary components, so you need to know what kind of system you’re dealing with and whether or not the customer uses other add-on accessories. LED, short for “Light Emitting Diode,” is becoming more commonplace for both primary headlights and auxiliary lighting applications alike. The LED’s power consumption, the color and intensity are all better than halogen or HID, according to lighting experts we spoke to.

James Davis of OZG Powersports says the industry as a whole is swiftly moving towards using all LED lighting. “With our advanced reflector technology and high-end LED chips, our lights are now as strong as HID and much more reliable,” he says. “HID technology is older and it is not reliable due to multiple parts (ballast, bulb), and they run much hotter than LEDs.”

High-intensity discharge bulbs (HID) produce light by means of an electric arc between tungsten electrodes housed inside a translucent or transparent fused quartz or fused alumina arc tube. This tube is filled with both gas and metal salts. The efficiency that comes from an HID system is that it’s very high voltage, but very low amperage. An HID system uses a ballast (the extra little box that’s included) that has to ramp your 14 volts up to about 22,000 volts to start the arc, and then they run on about 18,000 volts but it’s very low amperage. An HID bulb that may be rated at 35 watts will outperform an 85 watt halogen bulb.

Baja Designs first developed a street legal halogen kit in 1992. In 1996, the company designed the first HID motorcycle race light. And by 2009, BD’s Trent Kirby says they started developing the motorcycle LED light that they are using now. “That product has seen constant improvements,” he says. “From a performance standpoint it initially started with 3,600 lumens and now it’s up to 4,900 and it’s $100 less than what it was then.” 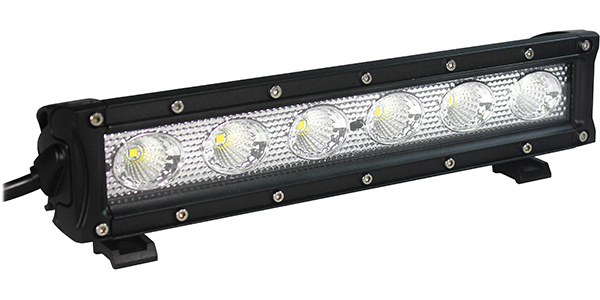 Light ‘em up! The powersports industry is seeing a shift from halogen and HID
to LED systems. Above: Open Trail Single Row LED Light Bar available from WPS.

The biggest challenge with designing motorcycle lighting is the bike’s charging system, according to Kirby. “Manufacturers don’t put a lot of excess power in these bikes other than what’s needed to run the electronic fuel injection system. So our biggest challenge is to figure out how we’re going to use the 20-30 watts available, be plug-and-play and not draw too much from the fuel-injection system while providing enthusiasts with the brightest possible light in the smallest package.”

Some dirtbikes don’t run off a battery and only use the stator system to power their bike, which oftentimes includes an electronic ignition and other accessories.

“Powersports customers tend to be much more in-tune with power consumption than automotive guys because their onboard power availability tends to be limited,” says Chris Olander of PIAA. “Whereas a car, especially a diesel truck, is making more than enough power with the alternator. The other end of this spectrum is the off-road dirtbike guy who doesn’t even have a battery, he’s just running everything off of his stator. That guy is very concerned about power consumption.”

The dual sport guys tend to have a little more power available onboard. But he may also be running with a heated suit, navigation, a radio and extra lighting. “He’s got extra power available, but he’s also loading on lots of accessories,” says Olander. “He’s pushing the limit already even before he adds lights.”

Some of the biggest challenges dealers face when selling LEDs are trying to explain the differences between a cheap LED system (i.e., sold on Amazon or eBay) as opposed to a real quality product from a trusted manufacturer that stands behind its products.

“Nowadays you can buy a 50” light bar for under $50 with shipping included on eBay,” OZG’s Davis points out. “Customers think they are getting a great deal but they are basically buying a cheap light bar manufactured with the cheapest possible components. eBay and Paypal charges usually average 15% for fees plus shipping, which is around $10-15 for a 50” light bar, depending on the location. After those expenses, sellers are still making profits on those bars, so you can imagine how cheap the cost needs to be to manufacture them. They advertise brand name LED chips at 500w and above, which is simply not true.”

The differences between a high-end, quality light that will work when the customer needs it to work is somewhat difficult to tell on the outside. It’s really what’s inside that counts, say experts.
“All of our lights are manufactured with high-end components,” says Davis. “Our lights are IP67 sealed (like an iPhone 7) and we use brand name LED chips (Philips, Osram, CREE). And our patent-pending design features 4D reflector technology with a military-grade waterproof breather and plugs.”

“Our newest triple row light bars and Fresnel optic light bars recently rolled out and currently available for dealers only,”
he says. 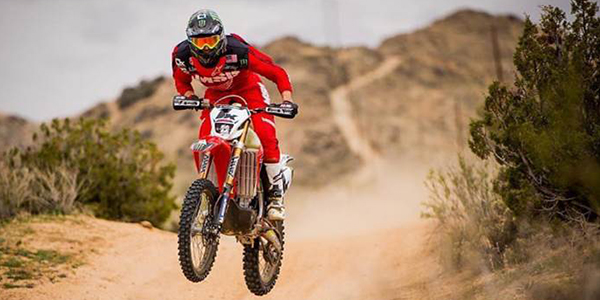 While halogen and HID still have a place in the market and many companies continue to offer upgrades and replacements for them, LED technology has been on the rise and is evolving rapidly.
“LED really blew up 7-8 years ago because companies started producing chips specifically for the automotive market,” says PIAA’s Olander. “Up until that point it was just hopped up LEDs out of your computer that were being used.”

According to Olander, a couple of companies started developing chips for vehicles that led to the performance gains we are seeing now. “Performance jumped way up and the color went way up, the durability jumped way up as well. That’s when LED started taking off, and ever since then it’s been ever evolving both in price and in quality for the price-conscious buyers.”

It’s tempting for customers to purchase inferior lighting products from eBay or Amazon because they are so inexpensive, but experts say this is not a good idea for a number of reasons. Most of the companies selling online don’t stand behind the products or even have a physical location to handle warranties in the U.S. You don’t know what kind of LEDs are being used and if they will put out the power that is advertised.

“If you’ve got a customer with a UTV that just wants to look like his buddies and have a light on it and never actually ride at night, they should buy the $39 light bar,” claims Olander. “But if your customer is actually going to rely on it and use it for night riding. If they go out in the desert a lot at night to avoid the hot weather, or you’re in Alaska or up in Canada and you want to ride year round, now they will need a quality product with proper beam control, putting the light where they need it.”The biggest differences our lighting experts noted between a good and bad light was in the electronics and the reflectors they use.

“Our lights have advanced optic technology and are much brighter than similar-powered lights with older reflectors,” Davis claims. “With these older reflectors you waste a lot of light going up in the sky or reflecting on your hood. With advanced optics such as ours, all the light is directed where you need it.” 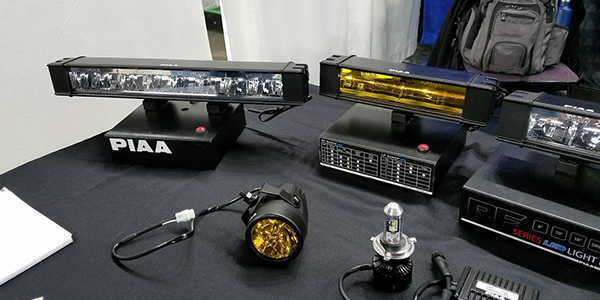 PIAA, OZG Powersports and other quality lighting companies offer law draw solutions for dirtbikes and UTVs that are more expensive than some online imports, but also have a warranty and work how your customer expects.

Every LED lamp or bulb on the market has to have electronics onboard to drop the power from the 12-14v charging system down to about 9.5v that the LEDs run on. But according to Olander, really inexpensive imports stop at that.

“We go one step further, and there are a few others that do this as well,” he says. “We clean up the power to the chip. There’s also a difference in how other brands do that based on price and quality and so forth. But the chips like a nice, smooth, pure power source. Whereas, the charging systems on most powersports vehicles, especially the stator type with no battery to buffer, tend to be really noisy or dirty from an electrical standpoint. And LEDs don’t like that.”

If your customers choose to purchase lower-price, lower-quality LED lights online they may find that the light emitted is better than stock for the first six months of ownership, according to Baja Designs’ Kriby. But he warns that after time, some of the inexpensive LEDs have been known to quit working or start to lose brightness, and actually will perform worse than stock lighting in some instances.

Customers often think an LED is an LED no matter how inexpensive. We think most customers would choose quality lighting if they were educated enough about the differences… because not all LEDs are the same.

Selling Off-Road Lighting: Not All LEDs are the Same

Exceeding Customer Expectations in the Finance Office
Connect with us