The airbag-like products will be showcased in booth space No. 26 at the Red Bull U.S. Grand Prix July 27 through 29. 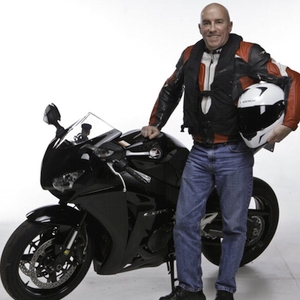 SaferMoto.com will be demonstrating its line of lightweight inflatable vests and jackets using protective airbag technology in booth space No. 26 at the Red Bull U.S. Grand Prix, July 27 through 29 at the Mazda Raceway Laguna Seca in  Salinas, Calif. The annual motorcycle racing event attracts the largest spectator attendance of any race held at Mazda Raceway and features the MotoGP World Championship, billed as the world’s premier motorcycling championship.

SaferMoto.com owner Alan Cunningham, a competitive motorcycle racer himself, said the U.S. Grand Prix is the perfect location to demonstrate SaferMoto vests and jackets. "We hope to reach many of the thousands of spectators who are at this race because they love motorcycling and want to continue to ride safely as long as they can," said Cunningham.

SaferMoto vests and jackets operate through a cord that connects to the motorcycle. Inflation from a compact replaceable CO2 cartridge is triggered instantly when the rider falls, offering protection to the rider’s neck, chest and spine.

SaferMoto vests and jackets have received various testimonials from recreational and racing riders alike. Rob Grant of Agoura Hills, Calif., crashed while wearing a SaferMoto vest and said, "Before I hit the ground, it went off. I have to say it feels like you’re on an air mattress, nearly totally removed from what’s going on below you. Because of the vest’s neck brace, my helmet did not hit the ground. . . I felt zero shock to the body."

Racer Brad Gyger of Los Gatos, Calif., walked away from a multi-cycle accident at Thunderhill Raceway.  He recalled, "Immediately my MLV pops and I’m given a bear hug of air; the tumbling is violent, but the vest takes the brunt and keeps me in one piece in the spots that matter, head to torso." Gyger helped paramedics take care of the other two racers, quoting a paramedic who said, "Man, that vest definitely did its job."

Airbag-equipped apparel is used in more than 30 countries worldwide and has been standard equipment for law enforcement departments such as the Tokyo Police. SaferMoto.com airbag-equipped jackets and vests for all ages are available online and at select West Coast retailers, including Big Valley Honda in Reno and Honda Suzuki of Salt Lake.

SaferMoto.com will hold demonstrations of its inflatable vests and jackets throughout the Red Bull U.S. Grand Prix.  Details are available here.