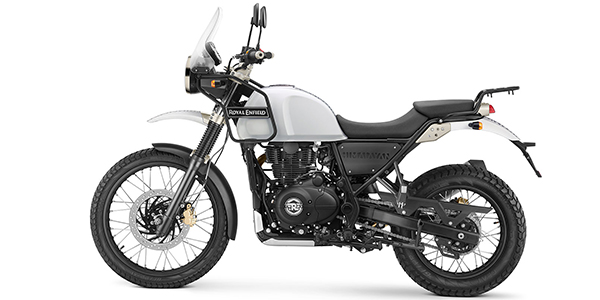 Royal Enfield is gearing up for 2018 with the addition of three new models to its lineup of middle-weight motorcycles. The entries are led by the highly anticipated Himalayan model to the North America market. The Himalayan is purpose-built for adventure — allowing for a less extreme and more accessible form of adventure touring. 2018 will also bring the company’s newest offerings — the Interceptor 650 and the Continental GT 650 Twin. Both feature the recently introduced 650 parallel twin engine.

The popular Himalayan model will be available to North American dealers in summer 2018. The Himalayan’s 9-inch ground clearance ensures it can take on obstacles comfortably. An optimal wheel size combination allows for better control while riding over rocks and ruts. The Himalayan is powered by an overhead camshaft engine platform that forms the base for its new long-stroke LS 410 engine. The engine delivers high torque and usable power at lower RPMs to make for smooth riding in higher gears at lower speeds, making it easier to climb hills or maneuver through traffic. Modern design and materials translate to increased efficiency and low maintenance.

The Himalayan will be in available in two colors — Graphite and Snow — and will retail for $4,499 MSRP with a full range of motorcycle accessories. 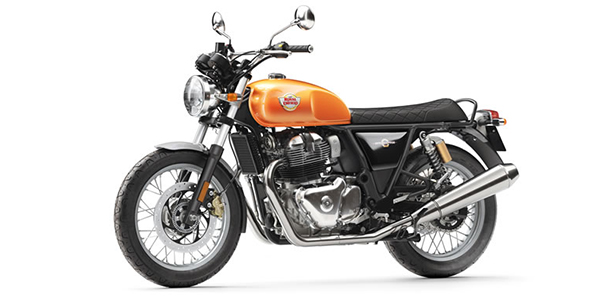 Reviving its rich twin heritage, Royal Enfield North America will be bringing twin action to North America via the Interceptor 650 and the Continental GT 650 Twin.

The Interceptor 650 ushers in the idea of 1960s fun — with its classic teardrop- shaped fuel tank, quilted twin seat and distinctive wide-brace handlebars, the Interceptor 650 looks every bit the stunning roadster that it is. An all-new, dedicated steel-tube cradle chassis makes the Interceptor 650 an easy-going, versatile weekend cruise. The wide-braced handlebars offer comfortable ergonomics and a confident and commanding riding position, allowing the rider to make the most of the agile chassis. The motorcycle is equipped with classic 18-inch front and rear Pirelli tires and twin shock absorbers, along with front and rear disc brakes with ABS. A ground clearance of 6.85 inches and a seat height of 31.5 inches ensure that the Interceptor 650 gives a superlative riding experience.

Also new to the Royal Enfield Interceptor 650 is the six-speed gearbox, especially developed for this motorcycle. The gearbox is augmented by its “slip/assist” clutch that facilitates easy riding in traffic — also a first for Royal Enfield. 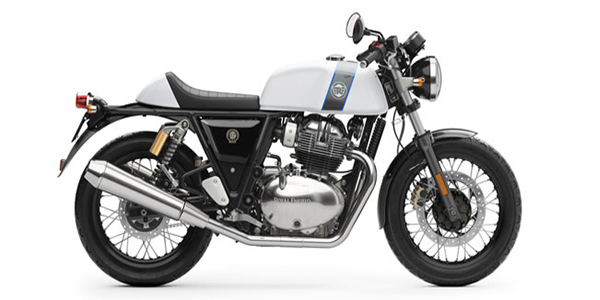 Royal Enfield also showcased the ground-up, all-new Continental GT 650 Twin. The motorcycle retains its central cafe racer character while bringing in new engineering and design improvements. The motorcycle has an eager, front-leaning stance that gives it a sporty look and a speedy form. The Continental GT 650 Twin’s ergonomics offer easy reach to the mid-level handlebars for an optimum blend of steering feel and comfort with no compromise to its 3.3-gallon fuel tank capacity. Like the Interceptor 650, the Continental GT 650 Twin sports disc brakes front and rear with ABS. The upswept exhaust and rear-set footrests give the motorcycle plenty of lean angle, essential for any true cafe racer. The single seat, sculpted tank and clip-on bars complete the authentic look. 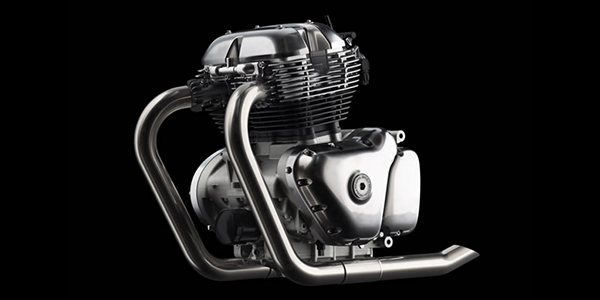 The motorcycles are powered by the first modern Royal Enfield 650 Parallel twin engine. This new platform is a single overhead cam, 8-valve air-/oil-cooled 648 cc parallel twin, producing 47 hp. The engine has a strong low- and mid-range performance, retaining the Royal Enfield character of accessible torque through the rev range. The chassis has been developed from the ground up by the team at Royal Enfield’s UK Technology Centre and Harris Performance. It has been engineered and fine-tuned for enhanced agility that can handle different terrains and speeds with ease while retaining the period classic style.

Both the Interceptor 650 and the Continental GT 650 Twin are targeted to be available in the back half of 2018 in a variety of colors and two distinct styles — Standard and Retro Custom, with a target price of less than $7,000.