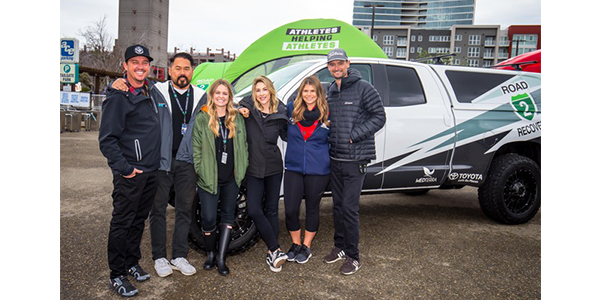 With the new additions come years of experience in motocross/Supercross and action sports, along with a diverse makeup that will help lead R2R into the future.

R2R has not stopped there, creating a new organization chart as well. Leading the board as Chairman is John Lee, together with Jimmy Button as president, alongside Gary Martini as vice president; Anita Button will be stepping up to take on the role of CFO/treasurer, and rounding out the officer class is Brenda Cottle as secretary. To complement these new positions, subcommittees and an Athlete Advisory Board have been added.

This is the first time since the foundation’s 2000 conception that such sweeping changes to the board have been implemented. With the new additions come years of experience in motocross/Supercross and action sports, along with a diverse makeup that will help lead R2R into the future.

“I’m very excited about the possibilities for the foundation in 2019 and beyond,” Button said. “Our new board has a lot of energy and enthusiasm, which was evident at our first meeting, during the A2 weekend. We have a big year ahead of us, so getting new and fresh ideas, along with different perspectives will be key to the foundation’s long-term health.”

The Road 2 Recovery board extends its sincere appreciation to departing founding members Bob Moore and Bob Walker, along with longtime Board members Chuck Baldwin, Davey Coombs, Keith McCarty and Tom McGovern, all of whom have spent years serving the foundation. The important work already carried out by the foundation would truly not have been possible without the valuable guidance and hard work of these people.

“The foundation is sad to have lost some of our founding members, as well as others with long tenures,” said Lori Armistead, director of PR and marketing for R2R. “We understand that time is one of the most valuable commodities, and the departing members have generously given theirs to R2R. We can’t thank them enough. At the same time, there was genuine excitement for R2R’s future at our first Board meeting last week, and one couldn’t help but be inspired. I truly felt like I was witnessing something monumental. While the foundation’s mission to help injured motocross, Supercross and action sports athletes is unchanged, our vision will expand with the leadership and guidance of this board, providing big things for this industry in the feature. Great things are just around the corner.”

Advertisement
In this article:Board of Directors, Motocross, Road 2 Recovery, Supercross

Road 2 Recovery Announces 2019 Board of Directors