How Ann and Keith Thye turned their love of BMW into a booming business. 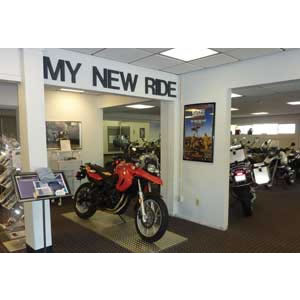 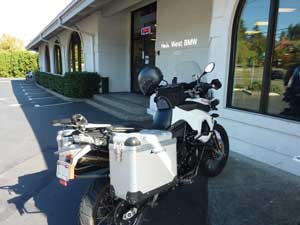 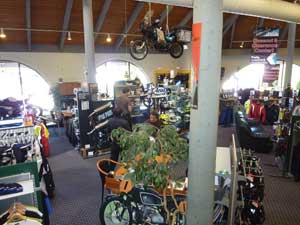 Anne and Keith Thye fell in love with BMW motorcycles long before they entered the business in 1994 — the couple courted on a BMW in the early ‘60s, and in 1963 Keith dropped out of college to take an epic ride from Portland, Ore., to the tip of South America. The couple married, and a lifelong love of the BMW brand was forged.

Fast-forward some 30-something years and the semi-retired couple was looking for the right business opportunity. When they heard the Seattle BMW dealership was up for sale, they jumped at the chance.

“Quite honestly, in the early ‘90s, had it been any other dealership, we would not have been interested. The reason we got into the business was because it was a BMW dealership.”

The original dealership was in what Keith brands as a “rustic,” 4,000-square-foot building. By 2000, the business outgrew that cramped space, so they moved into a 20,000-square-foot facility down the road.

The Thye’s BMW empire wasn’t nearly done growing. In 2003, they purchased Tacoma BMW, which they swiftly moved into a 30,000-square-foot facility in Fife, Wash. Not bad for a little retirement project!

Keith credits the success of his dealerships with the high quality of the team they have assembled. “Our philosophy is we want to do as little as possible, so we need people who will do as much as possible and take the load off us,” quips Keith.

Manager David Sweezy heads up Ride West in Seattle, and he’s charged with the day-to-day operations of the store. The Thyes work on their business, not so much in it, and it’s this hands-off approach that’s been the secret to their success and their enjoyment of a semi-retired lifestyle. “We take a lot of time off. We probably only work 40 or 50 percent of the time,” says Keith. ”We’re not spring chickens anymore. Our days are getting shorter and we want to take as much time as possible off, and we can do that because we have a lot of confidence in our people.”

That’s not to say the Thyes aren’t present. The couple is aware of the realities of business and work hard to maintain growth despite difficult economic times. “When Lehman Brothers went down, we immediately got together with our GMs and said, this industry is in tough shape, and it’s going to get a lot tougher before it gets easier. What are we going to do?” remembers Keith. “We decided to look at this as an opportunity and get aggressive. We put together a list of 15 initiatives that we wanted to attack, and we decided to spend money to make money.”

One of the most impactful initiatives was bringing on an events and activities manager. “Man, do we have a lot of stuff going on,” laughs Thye.

The dealership organized Team Ride West, a club with 650 members with no fees and no established meetings — what the club offers is plenty of riding! The group takes an organized four- to five-hour ride one Saturday a month, and this sense of community has been very good for the dealership. The Ride West crew has taken that idea one step further and offers a monthly Sunday demo ride.

Customers can reserve one of the dealership’s 12 to 15 demo units to take for this four- to five-hour excursion. Riders end up swapping bikes throughout the ride to find the model they like best. Keith says the program allows riders to get a real feel for owning a particular unit, and that feeling has translated into quite a few new unit sales!

In addition, any group can reserve the Ride West club room at no charge. This brings a lot of unfamiliar faces into the shop as groups as varied as the Chamber of Commerce to private parties have used the facilities.

Keith admits that attracting those unfamiliar faces is more difficult now than ever. “The problem that you have with a website and with emails is that we’re preaching to the choir,” says Keith. “We have to get that email address from them. It used to be that we could advertise in the newspaper and reach 200,000 people that weren’t looking for us, but that’s changed. Advertising is a lot different than it used to be. The expense of our advertising has dropped off, but the downside with the electronic medium that we have today is that people have to come to us.”

Ride West’s club room plays host to an occasional MSF class, and this led the Thyes to reach out to the organization in an attempt to extend their brand reach. “BMW has never had motorcycles in the MSF courses in this country, but they do now,” says Keith. “We’ve just placed 30 motorcycles with four of the MSF contractors in the greater Seattle area. They are using them primarily for the intermediate classes that they teach, so for the first time people are introduced to BMW motorcycles from the get-go — it’s generated a lot of interest in the brand.”

Ride West shows that they aren’t just good at generating buzz, they know how to seal the deal. The store’s revenue is in the $8 million range, and the dealership is nearly always one of the top five BMW stores in the country in terms of new unit sales. Used unit sales are also a healthy addition to the bottom line, nearly matching new, unit for unit. Parts, gear and accessory sales at the bike purchase have also seen a healthy spike due to an internal program that spiffs the sales team for these add-ons.

While we won’t have room to discuss it here, F&I plays an integral role in Ride’ West financial success— the Thyes operate a stand-alone insurance agency in-house. Want to hear more about this alternative profit center? Join me at SEMA, where I’ll delve more into the success at Ride West!