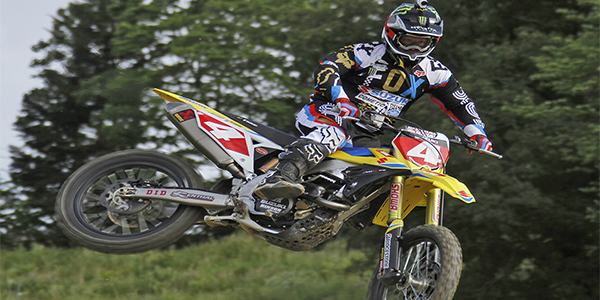 Carmichael will continue to be an integral part of Suzuki’s efforts including the RM Army initiative – the umbrella under which Suzuki racing support resides.

Suzuki Motor of America, Inc. (SMAI) announced that Ricky Carmichael will continue his role as Brand Ambassador. Carmichael, nicknamed the “GOAT” (Greatest Of All Time) is a highly respected, multi-time AMA Supercross and Motocross champion and AMA Hall of Fame member who has filled the ambassador position with Suzuki since his retirement from active racing after the 2007 season. The agreement for Carmichael to continue his relationship with Suzuki is multi-year.

“We are fortunate to have Ricky as a resource to improve our products and represent the company in the United States,” said Kerry Graeber, Suzuki’s vice president of sales and marketing.  “Ricky’s success and voice in the motocross world is unparalleled. Suzuki is the winningest bike in U.S. motocross over the past decade and RC is a huge part of that success.  We are stoked to continue our fruitful relationship with Ricky into the foreseeable future.”

Carmichael echoed Graeber’s comments: “I won championships and wrapped up my racing career on a Suzuki, so obviously the brand is near to my heart,” said Carmichael.  “With the increased emphasis and importance on Suzuki in the U.S., I am looking forward to doing what I can to help further develop its products and racing success.” 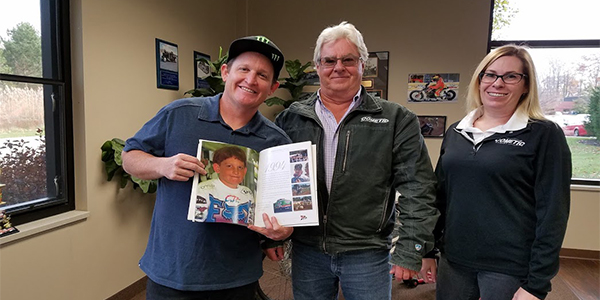 Suzuki is redefining its motocross brand in the United States through a number of initiatives including grass roots support and a more clearly defined path for riders to advance from amateur to professional levels. Carmichael will continue to be an integral part of Suzuki’s efforts including the RM Army initiative – the umbrella under which Suzuki racing support resides. The Camp Carmichael program, an exclusive Suzuki offering, will continue with Carmichael providing personal coaching for riders who qualify on Suzuki RM and RM-Z race bikes. As a champion who rose to prominence through amateur racing, it’s fitting that Ricky will continue to provide guidance to Suzuki Amateur Elite Team riders.

A significant portion of Carmichael’s responsibility with Suzuki will be product development and feedback. With the recent announcement that Suzuki Motor Corporation (SMC) was suspending participation in the MXGP and All-Japan MX championships, a greater portion of the development and refinement of the company’s motocross models has shifted to Suzuki in the United States.

We recently caught up with Ricky while he was visiting with Cometic Gaskets in Concord, Ohio and posted the interview on Facebook: