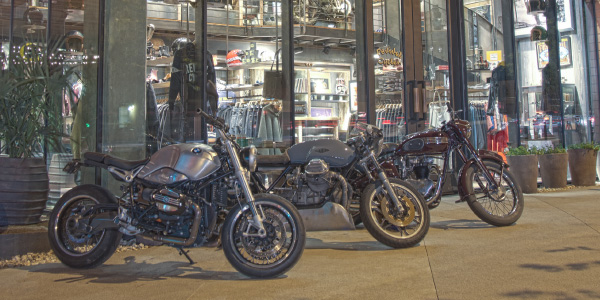 Alan Stulberg was five years old when he got his first motorcycle. He says he was “obsessed with it.” He learned to work on bikes, and repaired motorcycles as a side job while he was going to school and getting jobs in technology and sales.

Alan Stulberg was five years old when he got his first motorcycle. He says he was “obsessed with it.” He learned to work on bikes, and repaired motorcycles as a side job while he was going to school and getting jobs in technology and sales. About 10 years ago, Alan’s climb up the corporate ladder was interrupted. He returned to repairing motorcycles while figuring out what next to do with his life.

Alan’s shop was located in Austin, Texas, a town known for its music and homegrown Texas bohemian scene. It’s a small enough town that all the motorcycle people know each other, and word of Alan’s wrenching abilities quickly spread. Soon after leaving his job, he found himself spinning wrenches full time. 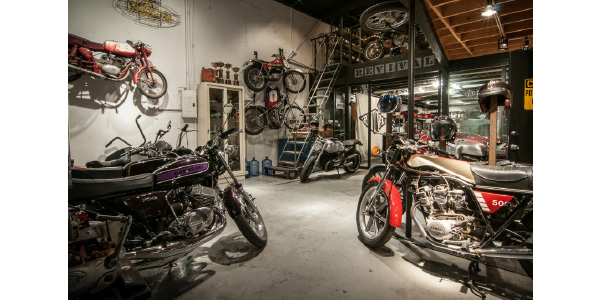 At this point, Alan met Stefan Hertel, who was riding through Austin, Texas on his way to Guatemala. When not adventure riding, Stefan was working as a mechanical engineer in the medical device world. Alan didn’t want to go back to the corporate world, and Stefan was trying to get out. They started talking about possible motorcycle business models.

[pullquote]“People crave the satisfaction and creative outlet of producing something truly unique and fit to their own preferences for design and function. This renaissance of working with our hands has helped create the movement that is the custom motorcycle scene.”
–Mission statement, Revival Cycles[/pullquote]

At the time Alan and Stefan met, a new trend was beginning to creep out of basements and dingy garages. Hipsters were learning to use wrenches, multimeters and paint sprayers to create their own vision of the perfect motorcycle. Their focus was rebuilding older bikes – especially small bore Japanese machinery from the 1970s – into beautiful and efficient street machines. Unlike earlier custom bike builders, these young enthusiasts wanted to optimize their bikes for urban riding, with improved handling and braking. Alan and Stefan felt that here was something they could put their collective hearts and souls into. Alan increasingly concentrated on building cafe racers, often starting with European bikes, and convinced Stefan to join him in 2010. 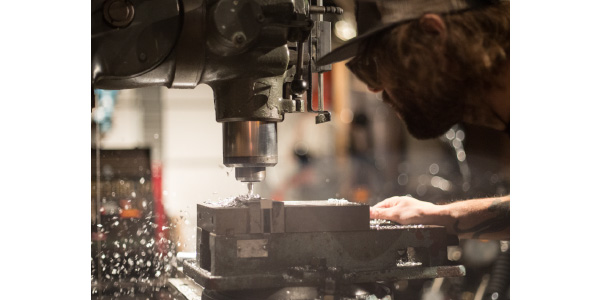 The custom bikes that Alan and Stefan built were not only fast and beautiful, but also showed impressive attention to detail. “Revival’s final product must be better than the original, which is challenging when starting with an already great machine,” says Stefan. People noticed what the duo were up to, and started featuring their motorcycles in publications. Revival Cycles’ creations were featured in media as disparate as the Robb Report, Cafe Racer Magazine, Jay Leno’s Garage, BikeEXIF and Cycle World. One of Revival Cycles’ projects, a completely reimagined Ducati 900 SS, was filmed on the Circuit of the Americas with Kevin Schwantz at the controls. Ignoring pleas to back off the throttle, Schwantz did 10 laps at full speed. “He loved it!” says Alan. All the good publicity attracted customers. The phone started to ring, and the email inbox filled up.

In on the ground floor of this increasingly popular custom urban motorcycle movement, Alan and Stefan started branching out from their core business. They started advertising parts on their website, including multicolored brake and clutch cables, leather saddlebags, and t-shirts for hipsters. The market for parts for custom creations is a lot broader than the market for custom bikes, and parts sales quickly turned into a major profit center. Alan and Stefan are especially interested in simplifying electrical systems and increasing their reliability, and Revival now sells wiring control boxes, state-of-the-art push-button controls, vintage-appearing spark plug wire kits, and LED turn signals and brake lights. 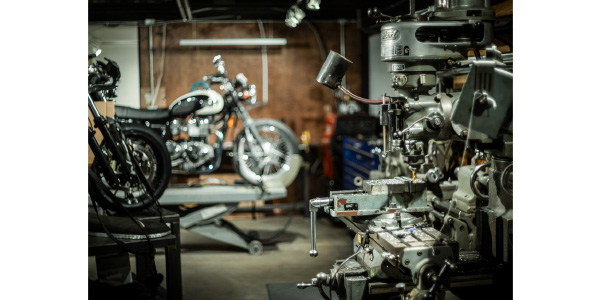 Although a booming online business and a bustling shop would seem to be enough to keep anyone busy, Alan and Stefan decided to open a brick and mortar store in addition to their other ventures. The store, recently opened, is located in a trendy part of Austin at 1603 South Congress Avenue. Its eclectic and striking interior was designed and built by Alan, Stefan and crew. It has several functions. First, it serves as a display center for Revival’s show bikes and the parts for sale on the Revival website. Second, it provides a community center. “The South Congress store is our flagship and outlet,” says Alan. “It’s a place
to hang out without getting in the way of the mechanics. I had to ban customers from our actual workshop, because the mechanics couldn’t get anything done.”

Alan and Stefan’s merchandising is unique and reflects the nature of their business. Most retailers buy advertising space or send out announcements. Revival Cycles creates objects that are newsworthy in themselves, so that others provide Revival with display space. The merchandising effort is essentially circular, and starts with designing and building show stopping cafe racers that become the subject of Instagram posts, magazine articles and YouTube videos. The bikes go on display at events and at the South Congress store before they are sold to well-heeled enthusiasts. Before they go into private hands, Revival’s show bikes are seen by do-it-yourselfers, who get inspiration from Revival Cycles’ creations.

Many DIYers are young people (a surprising number are women) who do not have a great deal of mechanical knowledge and are accustomed to learning from the internet. The Revival Cycles’ website contains a great deal of information, often in video form, allowing DIYers to educate themselves in electrical theory, installing electrical components, installing bar-end mirrors, properly putting custom cables together, and making safe brake lines, among other topics. The videos attract potential customers, and many people who go to the website to learn a process or technique end up buying motorcycle components from Revival. When the DIYer runs up against a technological wall, Revival can step in to assist with metal fabrication and welding. The company has a full machine shop.

The cafe racer movement has its cultural and lifestyle aspects, and Revival sells clothing and accessories to support the lifestyle side. Another objective for the South Congress store is to showcase Revival’s lifestyle products. “We have a diversified income stream,” says Alan. 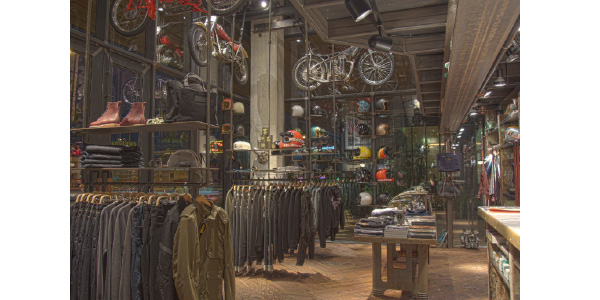 Revival has a national and international customer base, which contacts the company through its website. Unlike most business websites, Revival’s site has a definite artistic feel, which complements both the audience for the site and the reimagined motorcycles that grace it. A large portion of the website is devoted to past projects, motorcycle shows, how-to videos, and podcasts of the Revival Crew talking about bikes, philosophy, engineering and anything else that comes to mind. Again, the circular merchandising effort is evident: people go to the website because it is interesting and features things they are interested in, and while they are there, often find something they want to buy.

All this is working quite nicely for Alan and Stefan, who are much happier than when they met 10 years ago. “We will continue to grow,” says Alan. “We are developing new products the average rider can buy, and we will continue to build great bikes.”