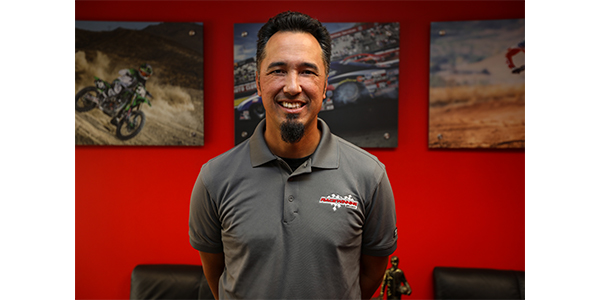 Race Winning Brands, a leading manufacturer of high-performance parts for the automotive and powersports aftermarkets, recently announced a new hire in the marketing department and a promotion within the company.

RWB has enlisted longtime industry executive Ross Berlanga to lead its promotional efforts and has named him the Director of Advertising.

Berlanga comes to RWB with over two decades of marketing, agency, advertising and graphic design expertise. He will lead advertising efforts for all brands under the RWB umbrella, including JE Pistons, K1 Technologies, ProX Racing Parts, Wiseco Performance Products and others. Additionally, Berlanga will be responsible for brand messaging, trade show management and promotional activities.

Berlanga’s tenure in the automotive industry began in 1998. The Anaheim, CA, native worked at McMullen-Argus as a graphic designer for publications like Hot Bike, Sport Compact Car and Custom Rodder. Later, he spent time at Edelbrock, KTC Media Group, MagnaFlow, Motorsport Aftermarket Group (MAG) and K&N Engineering. Berlanga also worked on the marketing team at JE Pistons, a staple of the RWB product line, from 2000-2002.

“It’s an honor to join the RWB family and work with some of the most iconic performance brands in the industry,” said Berlanga. “I’m truly excited to be working side by side with a very talented team as we expand our marketing efforts into new areas and continue to create better consumer experiences across all our brands.”

Mark Gearhart will transition from his role as senior content marketing manager to the newly created role of director of content, where he will lead the content team and manage all sponsorship-related initiatives.

He began his career in the automotive performance industry in 1995 and was the Editorial Director at Power Automedia before working at RWB. He has contributed to numerous well regarded publications such as Hot Rod, Car Craft, Engine Labs, Dragzine, Super Street and many more. The California resident honed his skill set as the Editorial Director for Power Automedia for nine years before joining the RWB team in April 2016.

“Ross Berlanga is a key addition to Race Winning Brand’s already robust marketing group,” explained Sean Crawford, vice president of marketing and business development for Race Winning Brands. “Ross is a well-respected industry veteran and we’re thrilled to be able to add him to our team. Mark Gearhart made an immediate impact when he arrived in 2016 and we’re pleased to have him fill this new position and continue to lead our content team.”