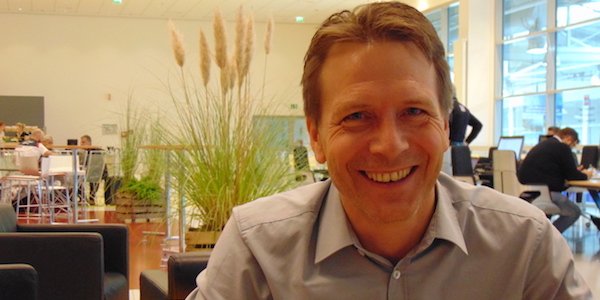 INTERMOT is continuously showcasing trends and topics that are moving the industry and the motorcycle community forward, according to Ingo Riedeberger. 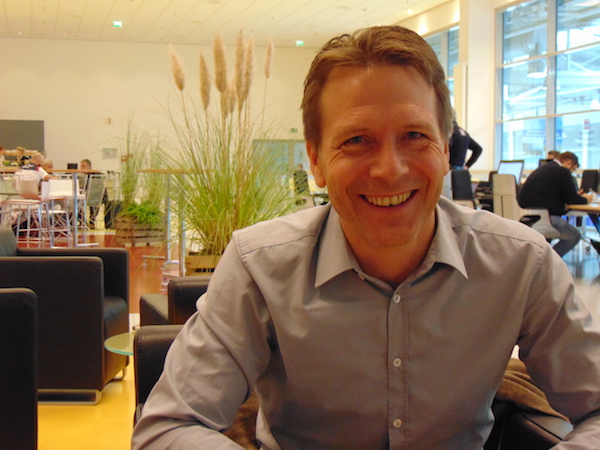 MPN sat down with INTERMOT director, Ingo Riedeberger, on Wednesday morning for a discussion about this year’s show and how the industry is becoming more global.

MPN: How many exhibitors and attendees are you expecting to see this year?

MPN: Why did you decide to make the traditional media day include trade visitors as well? Was it because there were fewer new model launches?

Ingo R.: Yes, we expected there would be fewer new models in 2018 – be it in Cologne or at other shows. In 2016 there were new emissions regulations coming into effect (Euro 4). This created extra pressure on the manufacturers and resulted in many new models in ’16. Nevertheless, it was good to see a number of new models launched at INTERMOT, including the 2019 Indian FTR1200 and 1200 S that got a lot of attention. Wednesday (Oct. 3) is also a public holiday in Germany, so we didn’t want to exclude the public on what we have traditionally reserved as a trade-only day. We thought that combining trade and media days into one would give some of the aftermarket companies and smaller exhibitors more business activity. We will evaluate this after the show and decide whether to continue to combine them again in 2020.

We feel that being here in person to see, hear and experience the many aspects of INTERMOT are worth the trip from North America or wherever an attendee is coming from. Journalists, of course, can download the photos and media from our website (www.intermot-cologne.com) but it’s a different experience to be here and see it all live.

MPN: What are some of the new areas INTERMOT has added in 2018?

Ingo R.: The “Connected Motorcycle World” theme area in Hall 6 is new this year. This topic is affecting all facets of life around the world while bringing about profound changes through “digitization.” The digital transformation is opening up great opportunities, new business models, and more efficient management while setting new safety standards, ensuring faster communication channels and increasing the rider’s experience. These forward-looking aspects have been the focus of a lot of work in the motorcycle industry. After all, digital technologies are transforming motorcycles and motorcycling in general. Safety components are becoming better, while the growing demand for two-wheeled comfort and communication is being optimized at the same time.

MPN: What are some of the ways INTERMOT makes doing business with the industry and networking easy?

Ingo R.: INTERMOT is indeed a unique business and networking event. You meet top management level representatives and decision makers from many companies in one place.  In addition, many companies have invited their distributors and importers for general meetings during the show. There is truly something for everyone with invites for parties or industry networking events throughout the week. At INTERMOT industry meets trade and public.

MPN: What are the chances INTERMOT will become an annual event instead of every other year? Would there be room on Koelnmesse’s calendar to do it?

Ingo R.: It’s not a matter of the calendar; we would find the space on the calendar to do it. That is not the issue. The main issue we’re facing is that the motorcycle industry, while it is stabilized, it is not in the position to say yes, we want to engage in additional marketing expenses for an international show. The motorcycle industry tells us it wants one international show every year, not two. It is our intention to convince the motorcycle industry to have one show in Milan and one in Cologne every other year. We think this would make the most sense for the industry. But that’s something we cannot decide ourselves. In general, though, we are open to it.

MPN: How has INTERMOT Customized grown since the last show?

Ingo R.: INTERMOT customized in Hall 10 is being given more space this year and is also raising its international profile. Out of the major manufacturers, BMW Motorrad, Harley Davidson, Kawasaki, Yamaha and, for the first time, Suzuki and Indian, are all taking part in the customized segment in addition to their regular participation. Important distributors such as Custom Chrome Europe, Louis, Motorcycle Storehouse and the parts specialist Zodiac will be represented in the customized hall as well. The custom show within a show theme features international custom shops such as Berham Customs, Harley Factory, JvB, Fred Kodlin, Walzwerk, Wrenchmonkees and not forgetting the Sultans of Sprint, an alliance between customizers and sprint racers. In keeping with the setting, numerous suppliers are showcasing accessories to suit the scene – from clothing and helmets to custom made parts and exhaust systems.

MPN: How important is it to have a North American presence at this show? What would you say to dealers and industry pros in America who are maybe on the fence about attending?

Ingo R.: As a leading business and information platform, INTERMOT is continuously showcasing trends and topics that are moving the industry and the motorcycle community forward. Trade attendees from North America can come and meet decision makers from around the world at our many industry networking events, one of which is International Dealer Networking Night held in the Dealer’s Lounge. This is a growing event with both MPN and International Dealer News hosting a night of networking.