Joel Martin caught up with Stan Lee, the former head of Marvel Comics, at MegaCon in Orlando on the eve of Captain America: The Winter Soldier movie opening to talk about the inspiration behind Cap’s choice of vehicle. 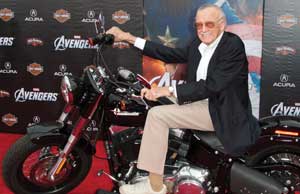 Joel: Was there a particular story or inspiration in your life for the choice of a motorcycle in Captain America?

Stan Lee: No not really, I didn’t create Captain America. He was
created by Jack Kirby and Joe Simon. I wrote him later on and the idea
of the motorcycle just seemed so natural for him. There was nothing else
it could be but a motorcycle. 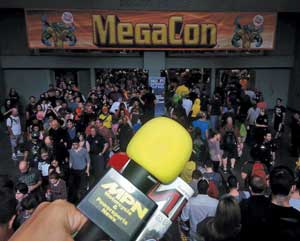 Joel: Was there a character that you created that could have benefited from a motorcycle, looking back and hindsight is 20/20?

Stan Lee: Yes, anybody could benefit from a motorcycle. They have to get from here to there fast.