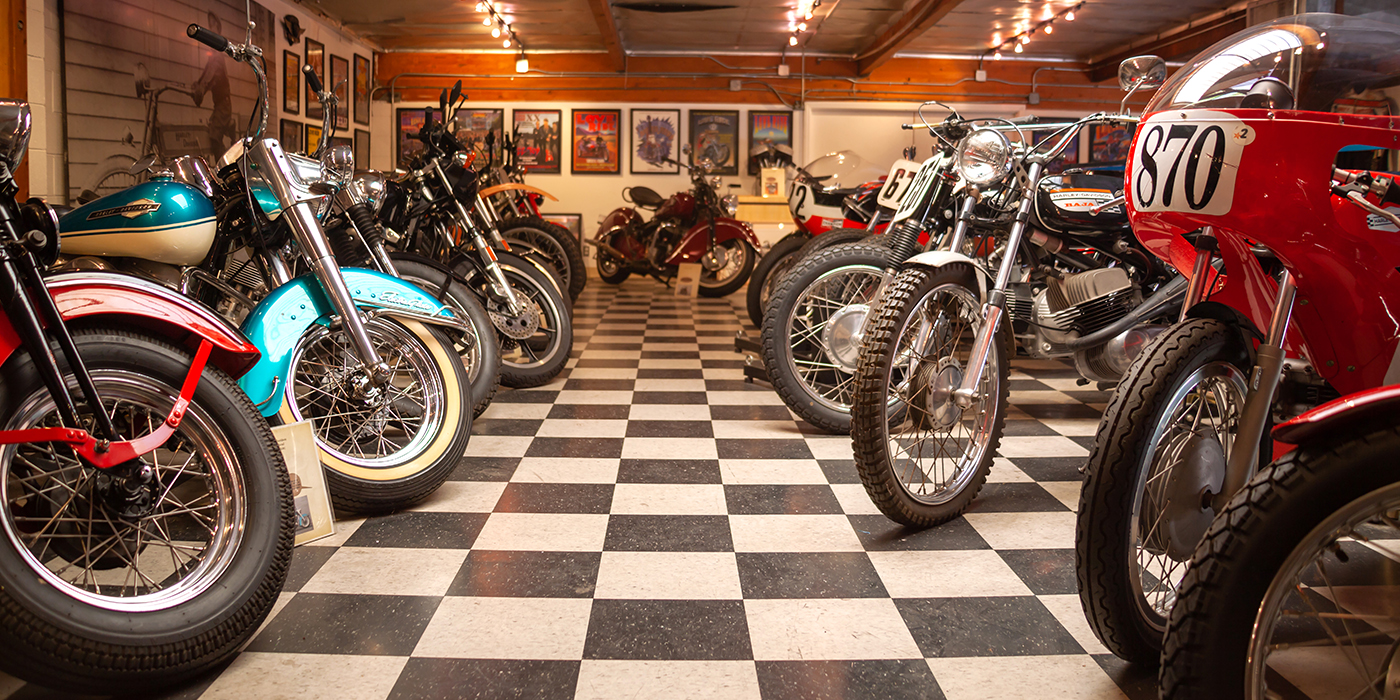 Sitting directly in Hollywood’s backyard and right next to Los Angeles, Harley-Davidson of Glendale is no stranger to the limelight. From humble beginnings, their Chief Operating Officer, like many in the industry, had a passion for motorcycles early on in his life.

“I came to the industry by way of being a young kid on a dirt bike wanting to rebuild my first motorcycle myself,” said Harley-Davidson of Glendale’s COO, Daniel Vartanian. “From that point, I found a way to get out of high school early and went off to the Motorcycle Mechanics Institute with a desire to be a line technician. I mean, at no point did I think that I would end up being in charge of management or being involved with running a store, not to mention two stores.”

The sister dealership to Harley-Davidson of Glendale, Harley-Davidson of Santa Clarita, is owned by celebrity Robert Patrick, also known as T 1000 in the Terminator movie franchise. An avid motorcycle enthusiast and a professional actor, he dedicates a lot of his time giving back to charities, including the dealership’s Love Ride and rides to the Vietnam Memorial every year to support veterans.

Very active in his dealership, Patrick attends the all staff meeting each Saturday morning and has no problem taking pictures or signing autographs with customers in the store, which has several of his movie posters hanging on the wall.

“Robert Patrick has been a longtime customer of Harley-Davidson of Glendale,” Vartanian said. “Robert would always tease me when he would come visit the store and say that he’d love to be an owner one day. That’s how passionate he was about the brand. So, we approached him and when we told him about the opportunity in Santa Clarita, he was pretty much sold right at that moment.”

Going back to their roots, Harley-Davidson of Glendale holds a lot of history in the area.

“The store in Glendale, it was started in 1976, and has been virtually the same location, so the proximity and where we are and our territory is amazing,” Vartanian said. “But I think Oliver Shokouh, our founder and the owner, put a lot of hard work in, in the early days where only the tough could survive in the motorcycle business. Specifically, when Harley-Davidson went through their challenges. And along the way, we hung onto the times.”

One way that the dealership found a way to survive through tough times is by engaging with the local community.

“What the store is best known for is the Love Ride, which is a charity ride that has gone on for over 32 years, and has raised about $25 million for charity,” Vartanian said. “Oliver Shokouh, he’s the one that came up with the Love Ride and it’s always star-studded with celebrities.”

“It’s about giving back to the community and that’s what I’ve learned,” Vartanian said. “I think that’s where you find out that it’s not just about trying to sell something. It’s about being involved in the community. And I think that’s the bigger piece of where we’re at now with the industry. That’s how you grow. I think the industry is going to grow and be able to reach out and touch people in other segments and bring them into the sport. That’s an important thing because there’s tons of relationships because of that charity, right? And all the different volunteers who have to be involved to get it going. So, we get to network and meet a lot of different people and I think that helps the store’s notoriety and reputation of not just being an outlaw motorcycle club or any of that stuff.”

“The interesting thing was that I think we were doing a pretty decent job before we added new technology,” Vartanian said. “But now with new technology in place and how the system is organized, we are able to measure and know exactly what we did; when we were able to capture potential customers before we were losing because of all the different challenges we faced.”

One aspect of PSXDigital’s CXMAi platform that is a favorite for Vartanian is how the technology improves the customer experience.

“With call recording, we could actually see what a salesperson said or how a message was left,” Vartanian said. “Having everything in one place and being able to organize what’s going on with each inquiry, each customer action, allows us to better understand what our potential is, and then help capture those sales that, in the past, would be lost without technology.”

“The mobility of it, where the salespeople can perform all aspects of their jobs without being behind a desk in an office or behind a computer screen is very essential with customer service and the retail experience,” Vartanian said. “The funny thing is that people are connected to their devices all the time. So having a sales associate with a mobile device and being able to gather information that’s going to help the customer’s experience, it better engages them with their customers because the customers now understand as you’re talking with them, you’re inputting data and they’re more involved in the process.”

When first installing new technology into his dealership, Vartanian saw his senior management and even the owner assume that using a mobile device on the job would be distracting, but it was just the opposite.

“At first, we thought that we would be turning our customers off because they would think we would be text messaging an associate or friend rather than using a device to do our jobs,” Vartanian said. “I think it’s the way of the future. The important thing is to get the managers on board first.”

In an effort to meet their customers’ needs, Vartanian said that their sales team needed to refocus their priorities to maximize the success of their dealership.

“I think people are a little misguided,” Vartanian said. “They think it’s about what’s on your website, what you are doing on Instagram, and at the end of the day for the dealers and general managers, they will probably agree with me that those are not the important things that the sales manager needs to focus on and worry about. What sells bikes is managing the sales process. An important part of the sales process is being organized and being able to know who’s doing what, where your customers are in the sales process to be able to track it, knowing where your opportunities are and knowing what’s next and when with every customer.”

PSXDigital is there to help the management team stick to what’s really important.

“The system allows us to pull our report three times a day and then added into our month-to-day reports so we can track them. When you’re not tracking how many door swings or invoices you have, how many greets your sales people are putting in the system and how many bikes are really going to sell, if you just wait until the end of the month and say ‘we sold X amount of bikes;’ it’s not good. That sales manager has to be able to manage; manage the process, know how many people are getting put in the system, how many people are taking a test ride, how many people are making it to the desk and then the end result, after all that, if that’s all maintained right and done well, you’ll get the sales. And unfortunately, too many people want to just pick the fruit and they never want to nurture the root.”

Another benefit that Vartanian emphasized is how PSXDigital instantly helps with customer follow-up.

“The automation allows us to follow up with a customer inquiry if it’s during business hours. If a customer does a web inquiry, we’re connecting with them in less than a half hour,” Vartanian said. “So that web inquiry in the past could go to somebody’s email inbox, get forwarded and then given to a sales associate and then we’d have no idea when the follow-up was going to happen. Now, the customers are getting feedback from us right away and we’re able to keep in communication with them.”

From the dealership that sees a lot of Hollywood and movie stars, getting the customer experience right the first time can lead to lifelong customers.

“I think we’ve significantly enhanced our communication and our response times so customers don’t get forgotten about or lost at any aspect,” Vartanian said. “PSXDigital allows you to do that and keep track of everything. It’s very, very intuitive. It’s simple to use it. A lot of your data is in the same place. And the one thing I think they do best is they take your input and they’re being adaptive. They’re built for powersports, so they know our industry changes so much and it’s sensitive. They’ll add features that they didn’t have a month or two ago based on dealer input. And I truly appreciate that more than anything.”