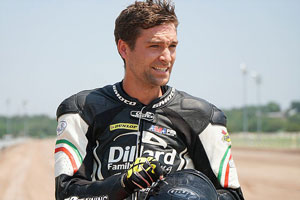 USA Pro Supermoto, promoter for the AMA Supermoto National Championship Series, has added Johnny Lewis to the team. A former AMA Supermoto racer, Lewis is a consultant in charge of sponsor relationships. “I think the whole concept of blending all disciplines together – motocross, flat track, and road racing – make it one of the most extreme forms of racing. There’s a good platform to build on and a lot of potential with the series.” Lewis still is active in AMA Pro Flat Track Grand National Championship, racing most of the calendar as well as the X Games. “I’ve known Johnny a long time as a racer and he has always had a great relationship with his sponsors and has a great reputation in the industry,” said USA Pro Supermoto COO Matt Stewart. “We’re very happy to have him as a part of the team to help our efforts in rebuilding the championship. 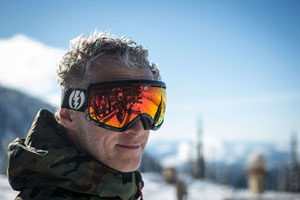 GoPro has picked former Apple exec Danny Coster to serve as VP of design. He reports to GoPro CEO/founder Nick Woodman. Coster will influence all aspects of design at GoPro, including hardware, software and services, lending his strategic vision and expertise to maximizing the GoPro user’s experience. “Ironically, Danny and I first met in December 2001, on the beach in Sayulita, Mexico at the very start of a five month surfing trip where I developed and tested the first GoPro prototype,” said Woodman. A core member of Apple’s elite industrial design team for more than 20 years, Coster is credited for his contributions to iconic consumer electronics ranging from the iPhone 4 to the iPad wireless keyboard. “This extraordinary company is close to the hearts of so many people around the world,” added Coster. “Its brand and products inspire us to capture and share our lives’ most important moments.”

Parts Unlimited welcomed Devin Mitchell to the team as the new sales rep for the Central West region. Devin joins the Parts Unlimited team having previously been on the other side of the counter as a Chrome Specialist in a Washington-based dealership. He says he enjoys working on the fine details of anything with a motor and wheels, especially Café bike builds. “I love track days, boat shows and bike nights. I can’t wait to meet new people,” he adds. 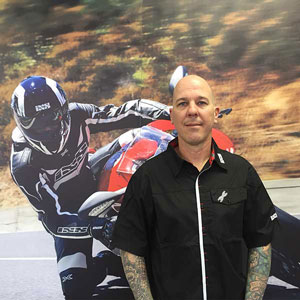 ATTN dealers in Southern California: IXS USA has hired Brett Bartoli to cover SoCal for the Swiss motorcycle apparel brand. Brett has more than 17 years industry experience, including inside sales, manufacturing, purchasing and outside sales. He also spent 8 years on the road with two of the major distributors. A sportbike enthusiast by nature, Brett says he loves every segment of the industry. In his free time, Bartoli can be found blasting through the local canyons and spending time with his family.

Trakmotive has hired Jeff Gagliano as powersports sales manager for Advanced Innovative Technology (AIT) and the TrakMotive brand of CV axles for the ATV and UTV markets. Dealers may recognize Gagliano from his 12+ years of industry experience, including stints as president of Green Light Global, sales & marketing manager for Lockhart Phillips USA and national sales manager for Supersprox USA. Jeff is an avid motorcycle enthusiast and enjoys riding both street and off-road bikes.

Fred Cerrato is the new GM for Rizoma U.S.A., overseeing all dealer and consumer efforts in the U.S. market. Mike Kim has been promoted to account executive, and expands his role in daily operations and dealer development programs. “Rizoma is well-known and respected in Europe, and we have a loyal following of dealers and consumers here in the U.S.,” said Cerrato. “The current market reawakening along with an expansion of Rizoma’s product line make this the ideal time to increase our efforts in the U.S. market.”

Rizoma has also appointed Vreeke & Associates as its agency of record. “We’re known for our quality and design, and so is Vreeke & Associates,” said GM Fred Cerrato. “They’ve created innovative marketing campaigns for industry leaders for decades, and we know they’re the right partner to help grow our business here in the U.S.” Rizoma CEO Fabrizio Rigolio added, “We know that the American market is unique and requires a very targeted effort. Devoting more resources there will expose more motorcycle enthusiasts to the passion and technology of the Rizoma brand.”