The AIMExpo will play host to the announcement that Ryan Keefe has been appointed to director of marketing for National Powersport Auctions (NPA), the world’s leading powersport remarketing company. “Ryan has developed a wealth of experience in our industry and has a proven track record in delivering success, which makes him a huge asset to NPA’s business,” notes EVP John Roshala, who Keefe will report to in his new role. Keefe will be responsible for driving the company’s marketing strategy and increasing dealer participation for all business segments. Keefe started his career with NPA in 2009 managing online auction platforms. “The opportunity to lead the marketing team and have an expanded role at NPA is a great honor,” Keefe said. “Being part of a company that is very passionate about the industry,
their customers, and their employees is rewarding.”
••••
AMA is having a vote for a couple board of directors positions during the AMA National Convention held in partnership with the American International Motorcycle Expo. Candidates for two open seats on the AMA Board will appear on the ballot at the AMA business member meeting on Friday, Oct. 17. In addition, a third at-large member will go before the AMA membership for ratification. 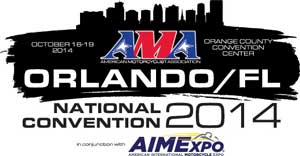 KTM North America VP of operations Robert Pearce and Paul Puma, commercial leader for GE Capital Motorsport Group, are up for election while Jeff Skeen, CEO of Affinity Development Group, is seeking ratification as an at-large member of the AMA Board of Directors. The AMA also announces that Cobra Motorcycle CEO, Sean Hilbert has left the board to focus on new growth opportunities for his company. Pearce had been appointed to fill the seat vacated by Hilbert in the interim. “The AMA Board of Directors is pleased that Robert, Jeff and Paul have agreed to volunteer their time and expertise to the board,” said AMA Board Chair Maggie McNally-Bradshaw. ”Each brings a wealth of industry and leadership experience, and we‘re looking forward to their contributions.
••••
CycleTrader.com has a pair of promotions on tap as Paige Bouma and Phillip Billups become VPs within their respective departments. During their tenure as general manager and director of product development, Bouma and Billups have been instrumental in the continued growth of the company since 2007. Bouma served as national sales manager and GM where she created the industry’s first online co-op program and played a key role in the launch of CycleTrader’s mobile products. Bouma was also the driving force in establishing CycleTrader.com as title sponsor for the Rock River Powersports’ Pro SX/MX team.

“Being part of the race team has been an exciting journey! We are looking forward to 2015 as we continue to promote CycleTrader to our enthusiasts and dealer markets as we strengthen our brands and increase our dealer leads.” Billups, VP of product, has been influential in the steady growth of CycleTrader.com’s website traffic across its multiple platforms – desktop, mobile, tablet and apps. “We strive to make CycleTrader.com the go-to site for motorcycles, ATVs, PWCs and snowmobiles. Connecting buyers and sellers is our ultimate goal,” he concludes.
•••• 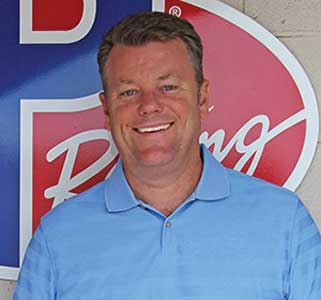 On the gas! Industry veteran Chris Wall rolls over to VP Racing Fuels from Pirelli. VP names Wall as Chief Marketing Officer where he will be responsible for developing and executing an international strategic marketing plan that encompasses all VP divisions, including Race Fuel, Consumer Products, Retail Branding and Specialty Chemicals. “In his new role, Chris will be building on a solid foundation laid by Steve Scheidker, who has been instrumental in the growth of our Race Fuel division. Going forward, Steve will continue as director of corporate communications, an area critical to keeping the VP brand top of mind,” according to VP Racing Fuels president Alan Cerwick. “VP Racing Fuels is a brand I have known and respected for more than 25 years," adds Wall. “With all of our different product lines and brand initiatives, VP Racing Fuels is quickly going from an iconic racing brand to a household name.” In addition to heading Pirelli Tire’s motorcycle marketing division for a decade, Wall was also with Porsche Cars North America and Yamaha Motor Corporation.
••••
Autodata, a European publisher of auto repair manuals, has exited the U.S. market. In the wake of Autodata closing its U.S. office, Service Manager Pro is offering to buy out all existing Autodata Motorcycle CD subscriptions. “We’ve had to take the rather drastic decision to close our office in Rochester,” said Autodata CEO Rod Williams. “It’s no reflection on the efforts of the staff, who did great job for us.” If your dealership has time left on its Autodata Motorcycle CD subscription, Service Manager Pro will offer you a credit towards their one year service and buyout the Autodata subscription.
••••
Just in time for sand dune season, Streamline Industries  Inc. has acquired ATV/UTV industry icon Trinity Racing and will now set the brand’s focus on manufacturing and distributing Trinity Racing Exhaust Systems, Intake Systems, Billet Big Bore Kits, and Turbo Systems worldwide. Trinity Racing has been serving the off-road industry since 1978. With the combination of 36 years of success, Streamline’s manufacturing capabilities, and excellent customer service, expect to see exciting new things coming from the Trinity Racing Brand in the following months.