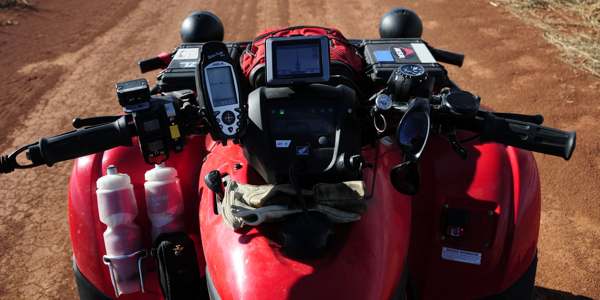 It’s easy to see how Moto GP, F1, or any other organization showcasing high-speed racing could use technological trends to gain popularity all over the world. Here are a few ideas on how motorcycle and powersport racing can grow and bring in more fans.

Racing sports offer some of the most exciting entertainment on the planet. Whether you’re tuning in for motorcycles or cars, you’re getting the chance to watch people operate machinery at high speeds and with incredible amounts of control as they compete to see who’s the best. It’s dangerous, skillful, bold, and ultimately enthralling. That said, these sports tend to cater to specific pockets of fans who have grown up admiring them. That’s not to say they’re not popular—but there’s always room for growth.

It’s easy to see how Moto GP, F1, or any other organization showcasing high-speed racing could use technological trends to gain popularity all over the world. Here are a few ideas on how motorcycle and powersport racing can grow and bring in more fans.

Streaming services have become hugely important for the film and television industries, and it’s entirely possible that the same will become true of sports—especially niche sports that don’t always air on basic cable. A few years ago the WWE launched its own subscription streaming service called WWE Network, and by 2016 it was reported to be the fifth-largest streaming video on-demand service in the U.S. That’s a stunning achievement that the WWE made in less than two years, and it should provide a model for other sports. With a low enough subscription fee, a service that streamed live coverage of racing could go a long way toward increasing its exposure.

Major sports tend to have a lot going on when it comes to video games. But while there’s a lot of great racing games out there most of them have little to do with real life athletes, courses, and competitions. The easiest place where Moto GP and F1 could create more specific, fan-friendly games would probably be in online casinos. The top companies in this area pour time and effort into creating the latest and most interesting slot games, and often use outside themes to do it. Racing games would fit in well, even if all they do is use popular vehicles or athletes as background material for slot reels. But if leagues wanted to put a little more effort into this kind of venture, they could also work on sponsoring their own mobile or console games that would allow players to control characters based on real athletes and work their way through actual competitions.

Virtual reality viewing is on its way in major sports, and it may be thanks to the emergence of drone racing. We’ve already seen what it looks like to follow a race from the perspective of a drone flying through the air, and there’s not much stopping more grounded racing sports from following suit. Cameras mounted on vehicles or athletes’ helmets could easily stream live activity to viewers wearing headsets, and allow them to experience the sports in the most realistic way possible. This could be fun for a lot of different sports, but it would be a particular adrenaline rush in high-speed racing.

Advertisement
In this article:Powersports, racing, Technology

How Powersports Can Use Tech to Gain Popularity